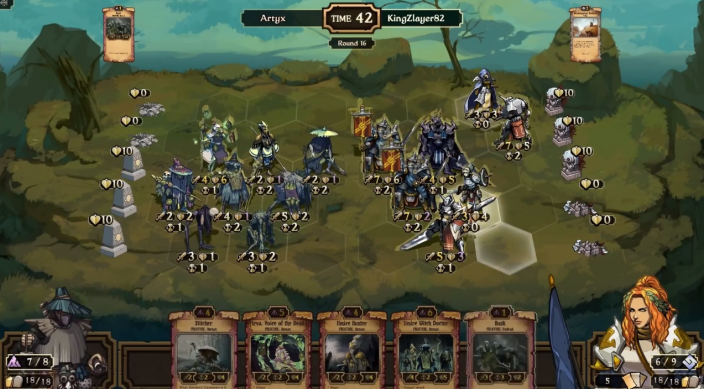 It’s been a long time coming, but the maker of the famed Minecraft has released its much-anticipated card-collecting game, Scrolls. It’s been about 18 months since the game first entered beta, but during that time Mojang has spent countless hours perfecting the card-based strategy game that intends to give players an experience that mashes both card trading and board games into one medieval-themed adventure.

Here are the game’s main features according to the app’s description:

A UNIQUE EXPERIENCE: Building your army is only half the battle. Develop strategies and take control of the battlefield. The best bits of card and board games, combined. BUILD YOUR ARMY: We currently feature over 350 scrolls spread across 4 unique factions. You can mix and match them as you please. PLAY SOLO, OR WITH FRIENDS: Scrolls includes single player challenges along with online competitive and casual play. CHAT AND TRADE: Trade with other scrolldiers on the black market, or spend your hard-earned gold in our store. Chat with other players both in and out of battle. Please be nice. CROSS PLATFORM: Develop your skills and scrolls library by playing on Tablet, PC, or Mac. Battle with others, no matter which platform they’re playing on. JUDGEMENT MODE: Build a unique deck in Judgement mode, then see how it fares against other’s creations.

The game is available today on the Play Store to download for free, but freemium content is available in-game ranging in price from $4.99 to $19.99 per item—and unlocking the full version of the game is going to run you that $4.99 price tag. Additionally, the game is available for Mac and PC and you can try it out for free as long as you have a Mojang account. Anyone who participated in Alpha or Beta testing of the game, or purchased Scrolls at any point in the past, will get the full version for free.

Mojang has said that an iPad version is also on its way, but won’t be available until sometime in 2015.

Here’s a gallery of screenshots: