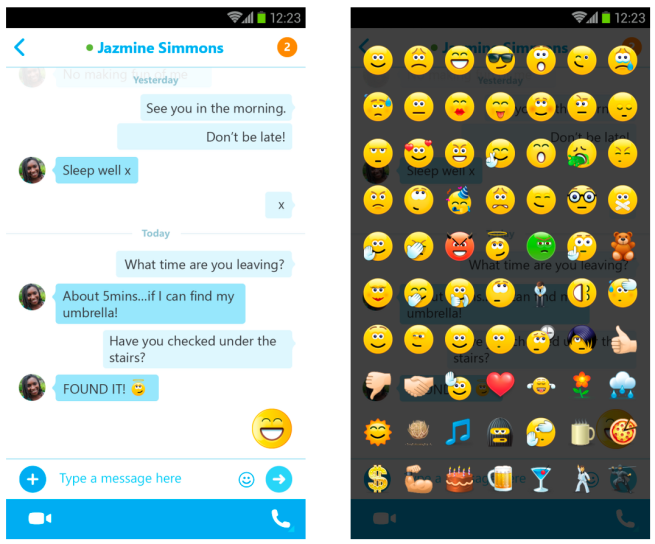 Skype today released an update to its Android app, version 5.3, which introduces new features that bring the Android version more up-to-date with features recently released for iOS and desktop users.

Among the new features, Skype 5.3 for Android includes an updated UI with chat bubbles, which looks much like the Skype experience already on other platforms.

With Skype 5.3 for Android, we’ve made some big changes to make the chat experience more consistent and more fun. You’ll see a new bubble style chat layout, similar to the Skype apps on desktop and iPhone. We haven’t just improved how your chat looks, but also what you can say. We added support for emoji, so you can go beyond Skype’s emoticons and triple the number of ways you can express yourself without typing a single word. When you choose one of Skype’s emoticons, we’re rolling out a new feature to display a large animated version, if the emoticon’s the only thing you send in a message.

A full list of what’s new in version 5.3 of Skype for Android is below:

Skype 5.3 for Android will be available on Google Play today.

We created 8 new effects you can use while recording your videos to make them more fun and playful. Once you open the viewfinder, you can select an effect to apply to your video. You can even switch from one to another while you’re recording to include multiple effects in one video message. Choose from favorites like mirror, x-ray and Minecraft (a staff favorite that makes you look 8-bit) or go crazy with hearts or snow.