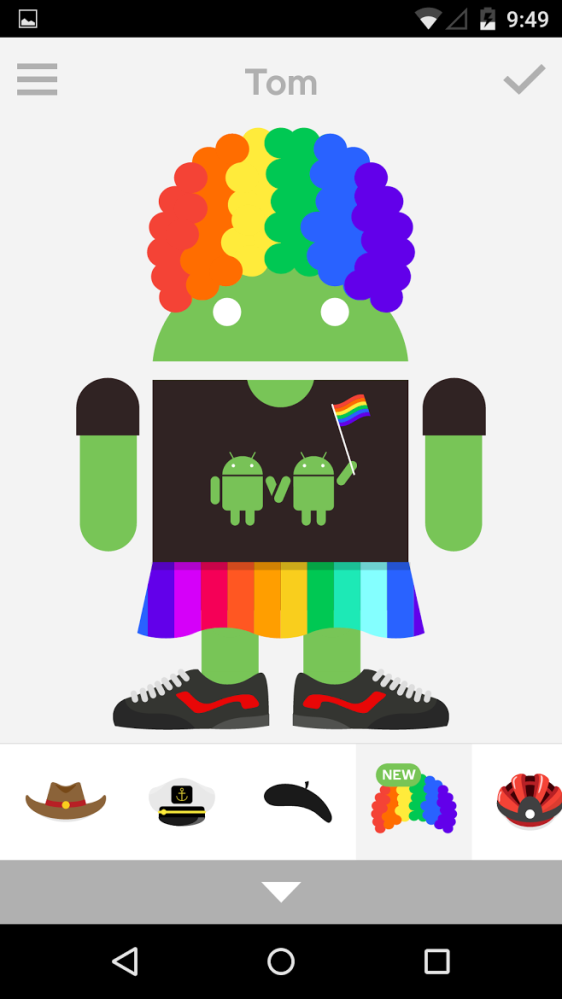 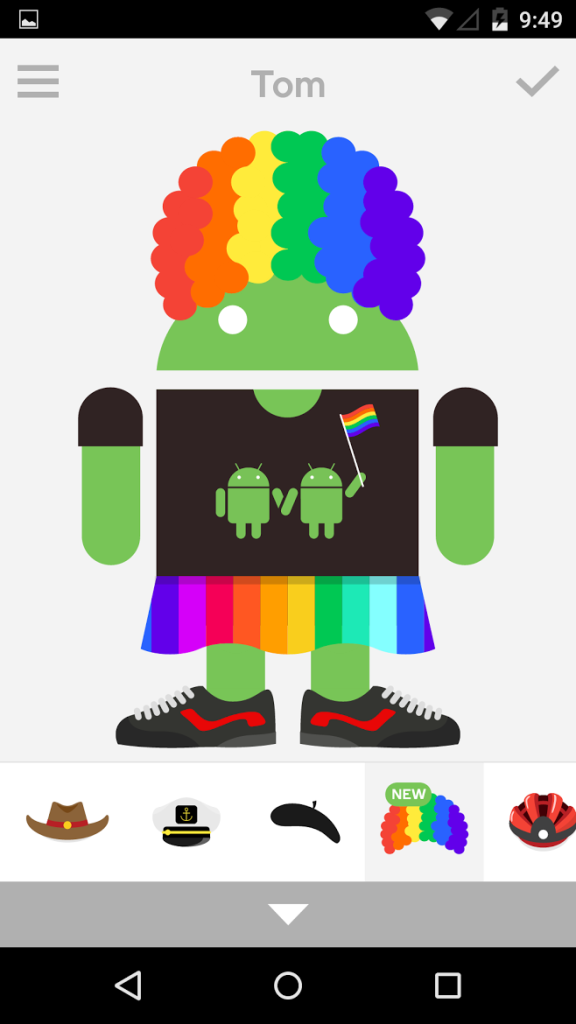 Update: Google has uploaded a video to its Android YouTube account, embedded at the bottom of this post, to formally announce the campaign, which it’s calling “And Proud,” with lots of people on Twitter using the #andproud hashtag to share their Android.

Androidify, the cutesy undercover app part of Google’s “Be together, not the same” campaign, has received a small update today — but only in terms of its download size. The update brings a lot of LGBT pride focused clothing and moves that you can add to your custom Android character. The update seems to align well with the annual San Francisco Pride Parade, held on June 28th, at which Google employees make a regular appearance. And if you create a Pride-themed character and share it to the Androidify.com website by June 27th, your character will be a part of Google’s “global online Pride parade,” being held on the same day.

Google is well known for its efforts to support diversity both inside and outside of the company through initiatives like covering the health benefits of LGBT couples and Made with Code, a program to get more young girls learning how to code. You can get the update via APKMirror right now, but if you aren’t quite familiar with manually updating and installing apps, the update to version 4.0 (from 3.0) should be rolling out via the Play Store to your device at some point over the next 24 hours.

Google traditionally participates in LGBT Pride month in a variety of ways, with one of the most notable being its redesigned search results page for several LGBT queries.