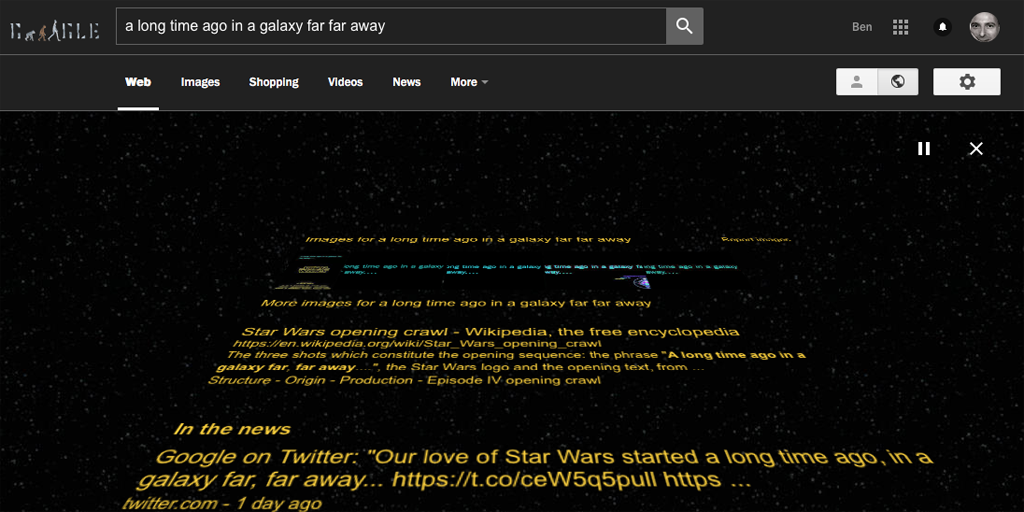 Google’s partnership with Lucasfilm and Disney to promote the new Star Wars movie has already seen everything from themed backgrounds in Gmail to an X-Wing marking your position in Google Maps, but the company is not done yet.

Searching for ‘a long time ago in a galaxy far far away’ leads to a great Easter egg, where the results are shown Star Wars intro style. It’s not just a dumb graphic, it’s the real search results, and each is clickable.

If you don’t yet have Google Cardboard, four themed viewers will be available from Verizon stores on December 2 – though you’ll probably need to be quick.