Google Allo basically bares all in recent leaks, here’s everything we know [Gallery] 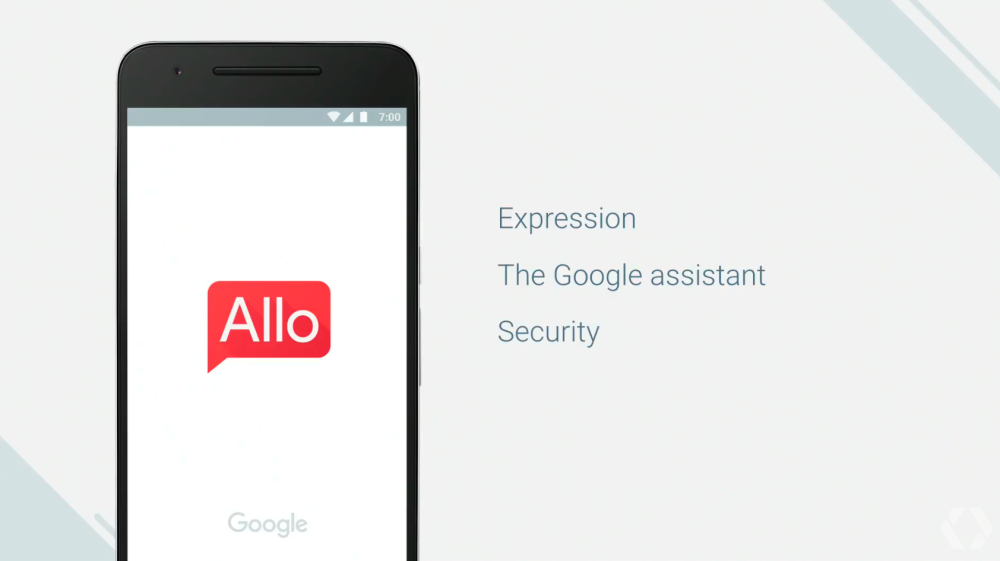 In case you missed it, Android Police got their hands on a plethora of screenshots from an unreleased build of Google’s forthcoming messaging app Allo. We know because, well, since Friday morning, the site has published a whopping eight articles about the app (in that order).

A few days ago we told you about a couple of features the site detailed (including the app’s hilarious sticker packs), but we weren’t expecting the flood of information published over the weekend. Now, we’re expecting at least another 8 articles before the end of the week…

I hope it’s clear that my snark here is all in good fun as it’s undeniable that Rita El Khoury has done a great job unpacking this app for the Google enthusiasts among us. And since this is Google’s first actual attempt at penetrating the flooded messaging market since Hangouts, I think the in-depth coverage is justifiable.

So what exactly have we learned? If you don’t have time to read her reports in full (or if you’re simply not all that interested in the app and/or having to convince your friends to download yet another messaging client), here’s our little summary of what we know:

There are sticker packs

There’s going to be some hilarious sticker packs. The app will come with 3 installed by default, and you can add more if you want later. At the time of launch, it looks like there’s going to be 24 additional packs available from a variety of designers, and each one packs 24 stickers. The most notable pack is the “Julio the Bull” pack, which speaks for itself.

You can delete messages

You’ll be able to delete messages, although you can’t “take back” something you already sent. This just deletes messages from your device. Select a message, and the top bar changes to give you four options: share, forward, copy, and delete. Messages that contain media will give you the option to “Remove media from my device” when deleting the message.

Voice messaging in Allo works about as you’d expect. You tap-and-hold the microphone icon in the bottom-right, and a blue bubble pops up letting you know that you’re recording. The bottom left shows you how long your recording is, and swiping to the left while recording cancels the message. Lifting your finger sends. Interestingly, this is almost exactly how voice messaging works in WhatsApp.

You can send GIFs and annotate images

Allo will let you send GIFs, and it seems to work well. Hangouts lets you do this, yes, but this implementation seems better. You simply tap the button to add media to the Allo chat, and you’ll see GIFs animating in the media picker and the preview before you send.

There’s also a barebones Snapchat-like ability to annotate static images in the app. You can choose between six different colors to draw on top of the image, or tap a button to add text. There’s also a nifty undo button.

As for some more interesting tidbits about the media sharing capabilities, it appears that videos sent via the app do not play inline as GIFs do. You’ll also find that you can multiple-select images and media, and that images are automatically saved in an “Allo Media” folder on your phone (but you can disable this feature).

So if you were hoping this meant that Allo would still support using the same message threads across multiple devices, this is still bad news.

Allo lets you search your conversations

It appears that Allo lets you quickly and easily search for contacts or text within your conversations — within the app. That’s something that Hangouts has long needed. Android Police says that searching in the app is “extensive” and allows you to search for text that was shared by Google Assistant, as well as navigate multiple results in a single chat thread with easy arrow buttons.

Besides what we already knew about the Incognito mode in Allo, it’s also now clear that you can set expirations for messages sent via the app. This setting can be set to a variety of different times that can be changed by either participant: completely off, 5 seconds, 10 seconds, 30 seconds, 1 minute, 1 hour, 1 day, or 1 week. These messages are of course encrypted end-to-end, but now we also know that you can’t screenshot Incognito chats and that notifications are private.

The early version of Allo that all this information has been coming from has an interesting feature (or anti-feature): all of your chat history disappears if you ever uninstall and reinstall the app. It’s definitely possible that this is something that will change when the app goes primetime, but for now it looks like there’s no cloud backup feature to be found. Apparently, the only things you’ll be left with when you uninstall are the groups you were part of and a ghost Allo Media folder.

And that’s all we have for now, folks. I’m sure there will be more information that pours out as the full release of Allo draws nearer, but now we at least have this one post that we’ll keep updated for you. In the meantime, you should go check out Google Duo, Allo’s sibling, which already launched and offers a super-simple way to have video calls with other people across platforms.