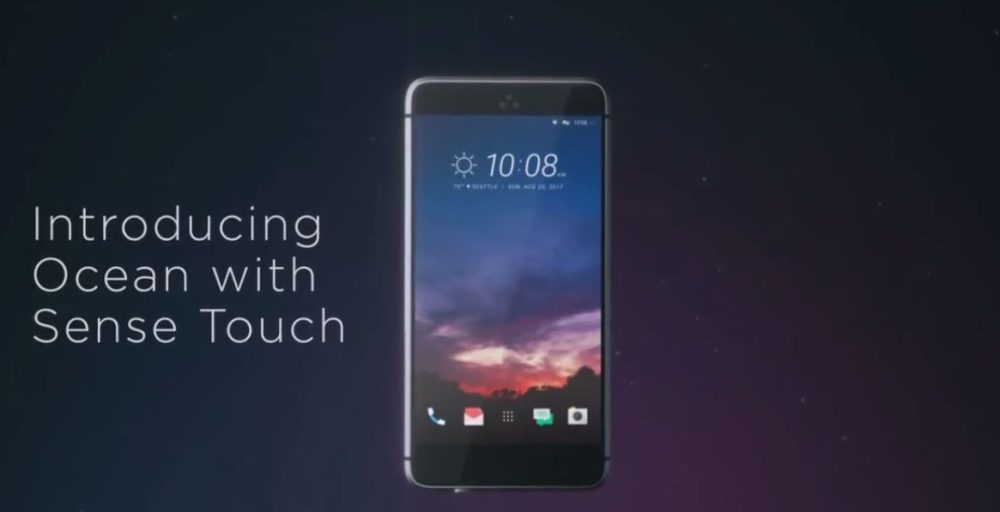 Earlier today, Evan Blass (otherwise known as @evleaks) shared a link to a concept video done by longtime HTC designer Danelle Vermeulen. Now pulled from the site (but embedded below), the concept showed a phone called “HTC Ocean” that seemed to have a really nifty feature called “Sense Touch”. This feature would allow you to touch the phone’s edge to control various functions on the screen, and it’s a really cool idea.

This got a lot of people excited since Google is prepping to launch its HTC-made Pixel phone, and the device in the concept definitely shares a bit of resemblance. And if not coming to the Pixel, could this feature be coming to HTC’s assumably forthcoming HTC 11 flagship? Unfortunately, probably not…

While we just like pretty much everyone else would love to believe that this is indicative of something that HTC is working on for future products, Vermeulen was pretty forward with us in saying that this concept doesn’t represent any real product from the Taiwanese company (despite the fact that many of the other concepts on her page are indeed real products).

“Yes, this is just a conceptual piece and does not represent any real product from HTC,” Danelle Vermeulen told us.

Some might think the fact that she pulled it from her site suggests that it is representative of something HTC is cooking up (and who knows, maybe it is), and the fact that she says “any real product from HTC” doesn’t exactly exclude Google (wink, wink). But at the moment I wouldn’t get your hopes up. We do know that Google’s Pixel phones are going to be expensive, but I think it’s much more likely that that’s because Google could include a Daydream headset (and controller) in the box.

More cool HTC stuff here (including the tablet that launched @evleaks): https://t.co/S3WaZkeog9
Check it out before it gets pulled! pic.twitter.com/YJwmZb0Sje