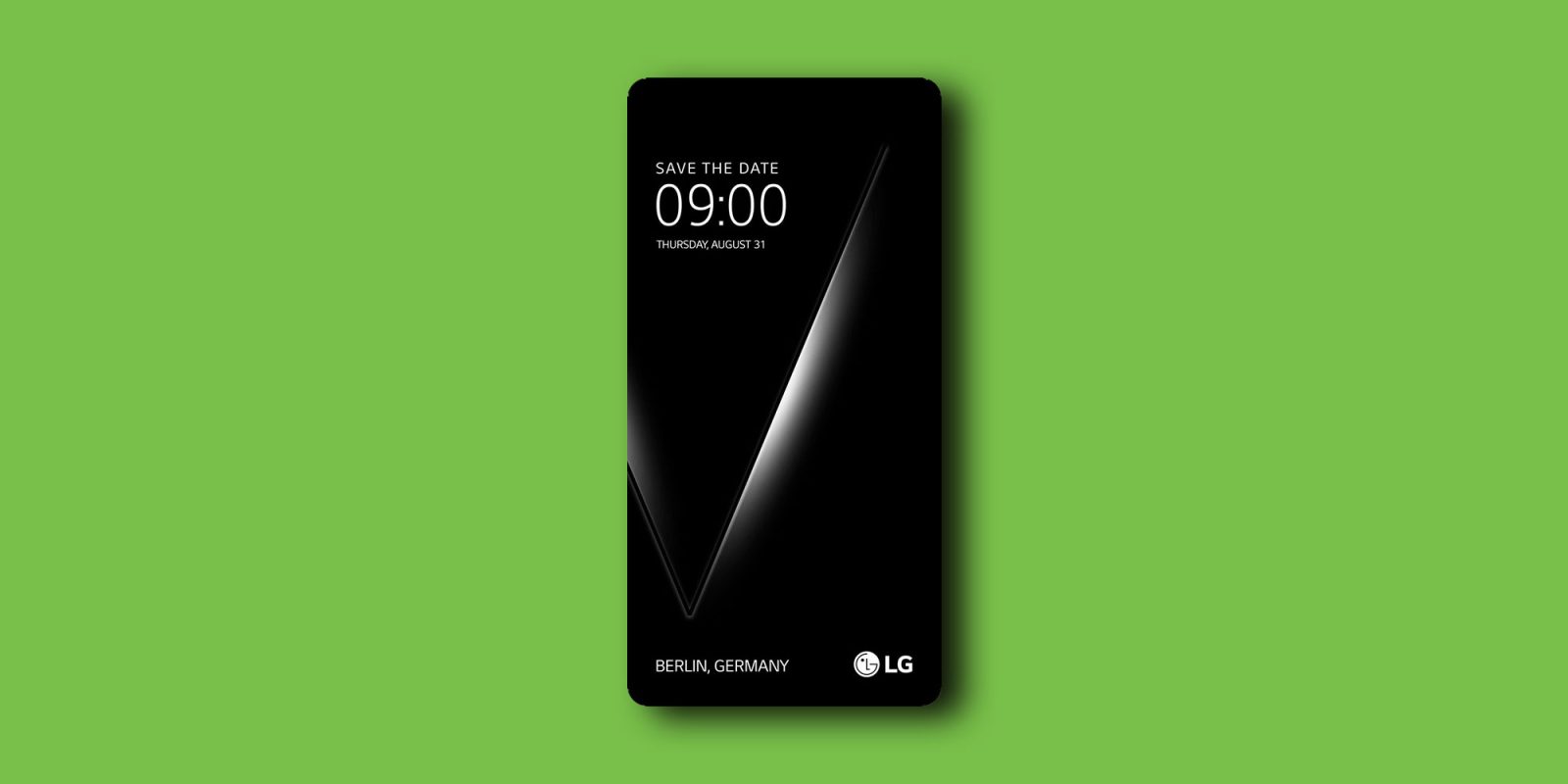 Yesterday a video render leaked of the upcoming V30 that gave us a good look at what to expect from LG later this summer. Today, we have received an invitation to an LG-hosted event taking place on August 31st during IFA, presumingly for the V30’s official announcement…

The invitation, seen above, states that the LG event will take place on August 31st at 9 o’clock in Berlin, Germany. While it doesn’t actually say that the V30 will be announced, there does appear to be a large “V” in the background of the invite.

From the renders that have leaked, we can see that the V30 will most likely closely resemble the LG G6. This includes the FullVision “bezel-less” display and the all-glass back. It also appears as though LG has gotten rid of the second ticker display found on the V10 and V20.

We should hopefully learn more about the LG V30 at IFA on August 31st.