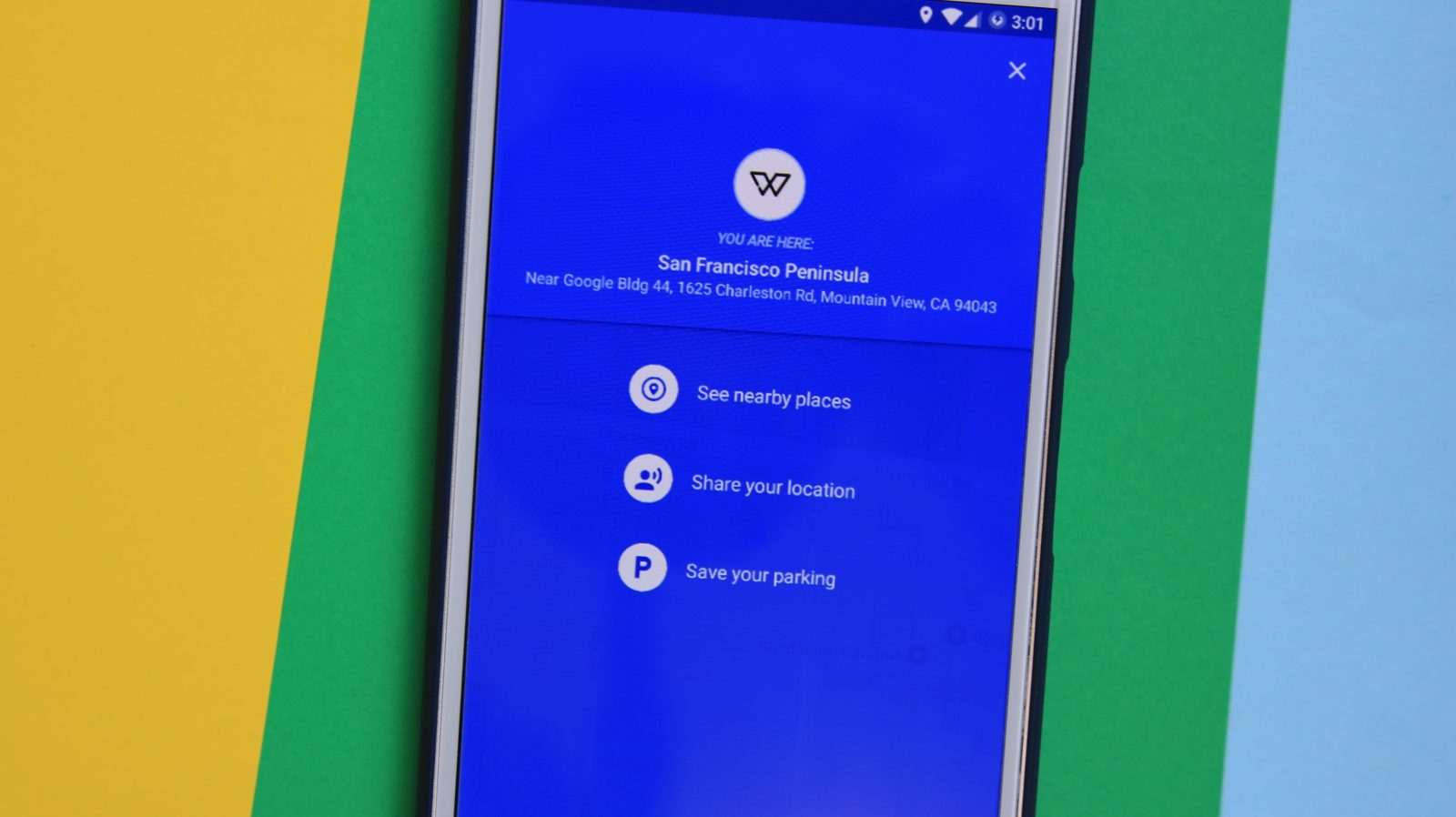 Update: It turns out Android Police spotted this feature back in July, so it’s not as new as we thought.

Following a couple of in-the-works features we discovered in the Google Phone and Contacts app yesterday, our latest finding has to do with Google Maps. This recently-uncovered change in Maps is far from ground-breaking, but it’s a nice visual revamp that adds to the overall aesthetic of the app.

With Google Maps in its current form, tapping on your current location within the app will bring up a pop-up menu from the bottom. With this menu, you have a simple vertical list for seeing places of interest near you, sharing your location with someone, saving your parking location to easily find it back, calibrating your compass, and reporting any issues you encounter with the blue dot.

After digging around through Maps code, we discovered that Google might be looking to give this menu a visual overhaul in the near future. With the updated version, tapping on your current location will reveal a full-screen overlay rather than the small pop-up menu. The blue color that accompanies this overlay is rather pleasing to the eye, and it’s very reminiscent of the blue accent found throughout the software on the Google Pixel.

All of the same actions are present as before, but icons for See nearby places, Share your location, and Save your parking are now front and center while Calibrate Compass and Report a problem are placed at the bottom. Additionally, there’s now a new “You are here” section that shows your Google account photo and the current address.

Check out the old version compared to the new version below:

Similar to yesterday’s Phone and Contacts features, we don’t know if this change will make its way to the masses soon, or if Google is just playing around with it to then eventually trash it for good. It seems like a natural evolution of this page, though, so hopefully we’ll see it roll out soon.

Dylan contributed to this story.