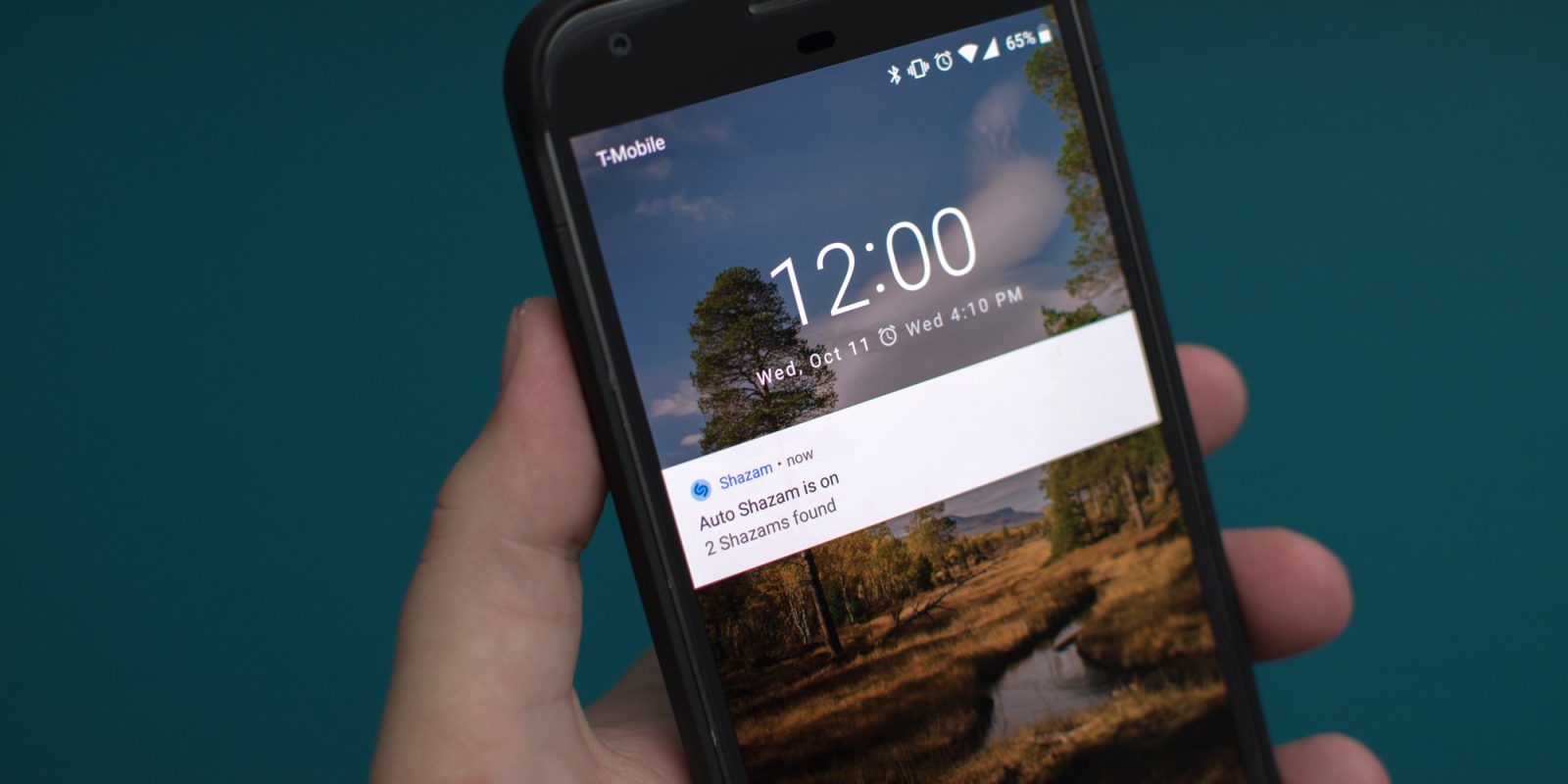 With the launch of the Pixel 2, Google is introducing a new always-listening feature called “Now Playing” that continually listens for and identifies music playing nearby. The best part about it is that the song’s title and artist information automatically show up on your lockscreen. As we don’t know if this feature will ever come to any other Android devices, there is a way to use an app to replicate most of these always-listening music recognition features…

First and foremost, this technique uses a little-known feature hidden within the Shazam application called “Auto Shazam.” Now, instead of having to take out your phone, launch the app, and ask it to listen for a song, simply following the below instructions will enable Shazam to run all of the time and let you know on your lockscreen when it has identified music.

There are a couple of things to note, starting with the obvious. No, this won’t show you the song’s name and artist on your lockscreen. You will need to open the app to see the songs that it has identified. Second, as this is always running and listening in the background, you will experience some extra battery drain and data usage compared to Google’s offering. Lastly, Auto Shazam does work with the cloud, unlike Google’s which is all done locally.

How to replicate the Pixel 2’s Now Playing feature: