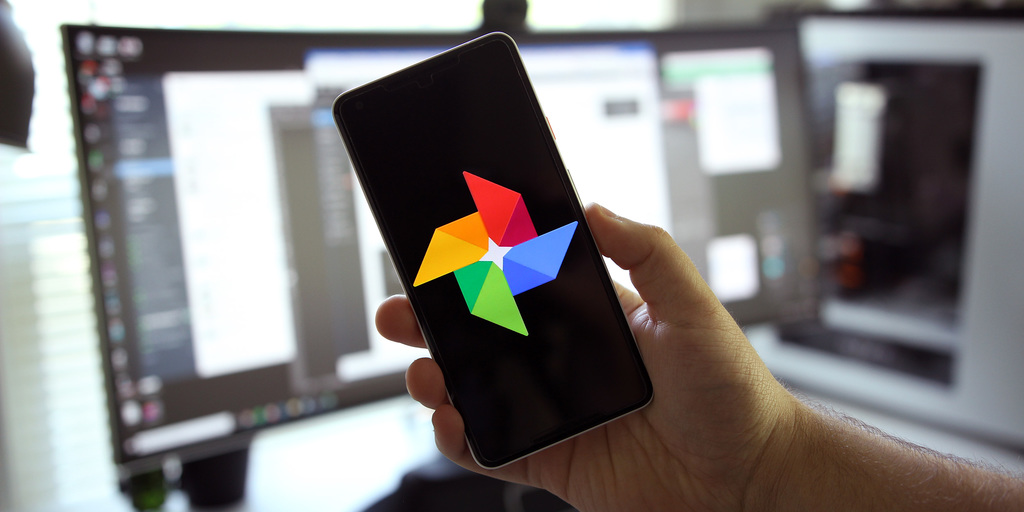 Google Photos is undoubtedly one of Google’s most successful software products of the last few years; it has quickly become the go-to photo storing and sharing platform for many iOS and Android users alike. And with that, a notable presence at I/O, as has been the case in years past (Photos was announced at I/O 2015, by the way), is perhaps expected for I/O 2018.

The first of our expectations is the most blurry, since this little tidbit came from an anonymous tipster — and we haven’t corroborated any of it ourselves. For one, this person says that Google is working on improved photo editing, for both the automatic editing that Assistant does and the user-facing editing that users can do manually. Secondly, we’re told that Google is also working on some kind of new “content creation” features for Photos. They didn’t explain this in detail but said that the feature is very similar to the experience of using “a meme-creation app.”

As mentioned, these little details are uncorroborated and didn’t even come with the claim that they would be shown at I/O. This is blurry at best — just features that we’ve heard are in the works (from a tipster who has been correct on various tidbits before) and haven’t shown up yet in our APK Insight series yet. Adding to the uncertainty of this rumor, this is all the scarce detail we have on these features. It’s definitely vague for now.

Next up is something that’s a lot more solid, although like the previous features, we’re not sure if it will be shown off at I/O. Strings for a feature called “Favorites” first showed up in an APK Teardown by Android Police last summer, and we exclusively showed off screenshots of it functioning in its full glory in an APK Insight back in February.

Basically, the feature does what you would expect a feature called “Favorites” to do — it allows you to star photos in your library. From there, you can choose a new collection of photos named the same when you tap on the search bar. It basically works the same way as if you were looking for other automatically sorted photos, such as screenshots, selfies, or videos.

This feature is still sitting dormant deep in the bowels of the latest builds of Photos, and since it’s been so long since evidence first popped up, we’d guess that Google is actually going to launch it. If not, wouldn’t they have removed it by now? And if they’re going to launch it, why not next week? It’s as good a time as ever. It is odd, though, since this doesn’t seem like a major addition by any means.

A related feature that’s in the works, as we mentioned in our APK Insight for Google Photos 3.18, is liking shared albums. Evidence suggests that this would be represented by a heart icon rather than a star.

One source tells us that Google has some kind of partnerships with external companies planned to be announced at I/O, but we’re not really sure on the details. Hopefully we’ll learn more during the keynote or the Google Photos session on the 9th.

And on that note, the big question mark for Google Photos at I/O 2018 is whether or not Google will somehow open the platform to third-party developers. It might be a long shot, but as our Abner Li noted last month, Google Photos is getting a standalone session at I/O for the first time:

Interestingly, Google Photos — for the first time — will have a session on the second day of I/O. The description notes that the team will “preview some existing updates to Google Photos.”

That’s just our speculation, though; there’s not really much evidence that this is happening.

There are bits and pieces of other features that we’ve seen evidence of in our latest APK Insight for Photos that Google could also announce at I/O, including Cardboard Camera integration, better archiving by category, and more.  There are also some blur adjustment controls we saw evidence of a while back that haven’t launched yet. And has been the case in years past, it’s possible Google could also “announce” features that have been around for a while, like its built-in movie editor.

There could definitely be more that Google has in store for I/O, and they could also skip entirely some of the things we’ve mentioned here. But one thing is certain: Google Photos is a key product for Google, and I/O has in recent years become the primary venue for showcasing new features for it. Certainly we’ll see how Google’s biggest focus, AI, is continuing to change and shape its products.

If you’re interested in getting an idea of what else Google might be introducing at I/O, be sure to read the rest of our predictions across Google’s other product categories, and tune into Alphabet Scoop on Saturday, May 5th, to get a deeper dive on our guesses!

What features are you hoping to see for Photos at I/O? Let us know in the comments below.