Thanks to a hoard of leaks over the last few months, there’s an incredible number of things that we already know about the Google Pixel 3 and Google Pixel 3 XL. But as with all leaks of every phone, it’s practically impossible to hit every single bullet point before it’s announced on stage.

Here’s everything that, as of this writing, we still don’t know about the Pixel 3…

One big question mark, and perhaps the most obvious of the many little things left to learn, is the price. This one might leak out in the weeks before Google’s forthcoming October 9th, but for now it’s essentially a complete mystery.

The only little tip-off we have in this regard is a Russian publication that got their hands on one of the units floating around the black market. According to that site, the standard Google Pixel 3 will start at $649 (the same as the Pixel 2), while the Pixel 3 XL will start at $749. But this information is dubious at best, as there’s really no reason that said publication would have access to these details.

If I was to guess, I’d use last year’s pricing lineup as a guide. I think it makes sense that the smaller Pixel 3 could still be $649, while the Pixel 3 XL will start at $849. That’s for the base models.

All this said, we don’t really have any solid idea. Google might surprise us and go with a lower price point than the last couple of years to push more units through the door, or perhaps they could stick to their premium-level price tag. We’ll just have to wait and see.

Another thing we don’t know much about is the color variants that Google has planned. Last year, Google launched a black Pixel 2 XL, as well as a Black and White “Panda” Pixel 2 XL. Meanwhile, the smaller Pixel 2 shipped in black, white, and “kinda blue”. 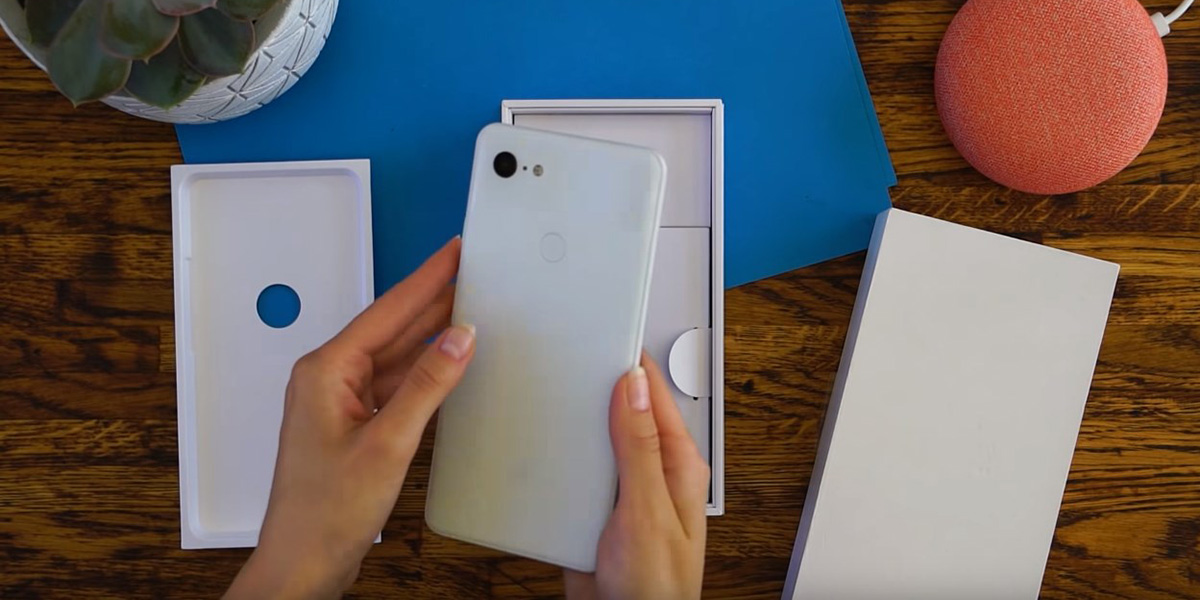 This year, we only have a clue on the Pixel 3 XL. The larger of the two Pixel 3s will most certainly ship in both a black model, and an all-white model. Those are the ones we’ve seen real photos of thus far. On the XL side of things, we’ve also heard Google has a red or “coral” color option in the works.

As for the smaller Pixel 3, we have essentially no clue. We can use history and common sense, though, to assume that the smaller will come in an all-black model, and likely some kind of white model.

Another thing that’s a bit of a mystery is whether or not the front-facing cameras will be used for some kind of facial recognition feature. We’ve been told that the primary purpose of the second wide-angle lens on the front is to improve portrait mode selfies, and that face-based security is something that might happen. Here’s what we wrote exactly:

One source told us that the dual front-facing setup may also be used for improving a security/facial recognition feature, but didn’t know one way or another. So far, leaked Pixel 3 XL units in the wild have shown no sign of any kind of new face-based security (besides the usual “Trusted Face” option that’s already available), although the software builds running on these phones is pre-production.

Google does a pretty good job of keeping its software-based features under wraps, so I wouldn’t rule out that some improved version of Trusted Face is in the works. A hardware-based security system like the IR-powered Face ID of the iPhone X, however, seems unlikely. If there was hardware to support that kind of feature in the Pixel 3, chances are we’d already know about it.

Quality of the vibration motor

While many would consider it trivial, the vibration motor is another thing we still don’t know about — despite the fact that entire reviews of leaked Pixel 3 XLs have popped up. This is something that most probably don’t care about, but I’m admittedly a bit obsessive about it.

I want 1,000 words on the feeling of the Pixel 3 vibration motor, comparing and contrasting with the iPhone and other Android phones.

For several years, the iPhone and its Taptic Engine has been the inarguable leader when it comes to vibration motors. Lately, some devices from LG and others have stepped up their game — the Pixel 2 and the LG V30 come to mind — but Android phones are still lagging in quality in this area.

Some of the more specific specs

We’re still not clear on some of the nitty gritty of the spec sheet. We don’t have any level of confidence in the size and resolution of either displays, really. And there’s also the question of display quality on both phones. Last year, the Pixel 2 XL suffered from display-related quality issues.

Other minor specs are also up in the air, although some of them are easily guessable. What version of Gorilla Glass do the phones ship with? What is the back material made of? What are the exact specifications and sensors that Google’s using for the front and back-facing cameras? What is the battery size of the smaller model? Lots of questions.

Of course, there are many things about the phone — especially on the software side — that we might be completely clueless about. For instance, the dogfood version of the Camera app that leaked in one of the reviews of the leaked Pixel 3 XLs is brand new and packs a redesign and features we never heard about before that piece was published.

Similarly, there could be changes and features that Google’s working on for many other apps — from the Google app and the Google Feed to the Phone app or the Pixel Launcher. Some of these we’ll likely be made privy to in our APK Insight series, but others Google might be able to keep under wraps.

And as was the case last year, there’s always a chance for some kind of hardware surprise, too. We didn’t know about the Pixel Visual Core chip in the Pixel 2 until after the event, and its functionality didn’t even get enabled until later with Android 8.1. So maybe we’ll see a similar surprise this year.

Did we miss anything? What else do we not know about the Pixel 3 and 3 XL that you want to know? Let us know in the comments below!

All the latest Pixel 3 XL Leaks: