Verizon Google Pixel 3 is SIM-locked, will need to be unlocked to use on other carriers [Update] 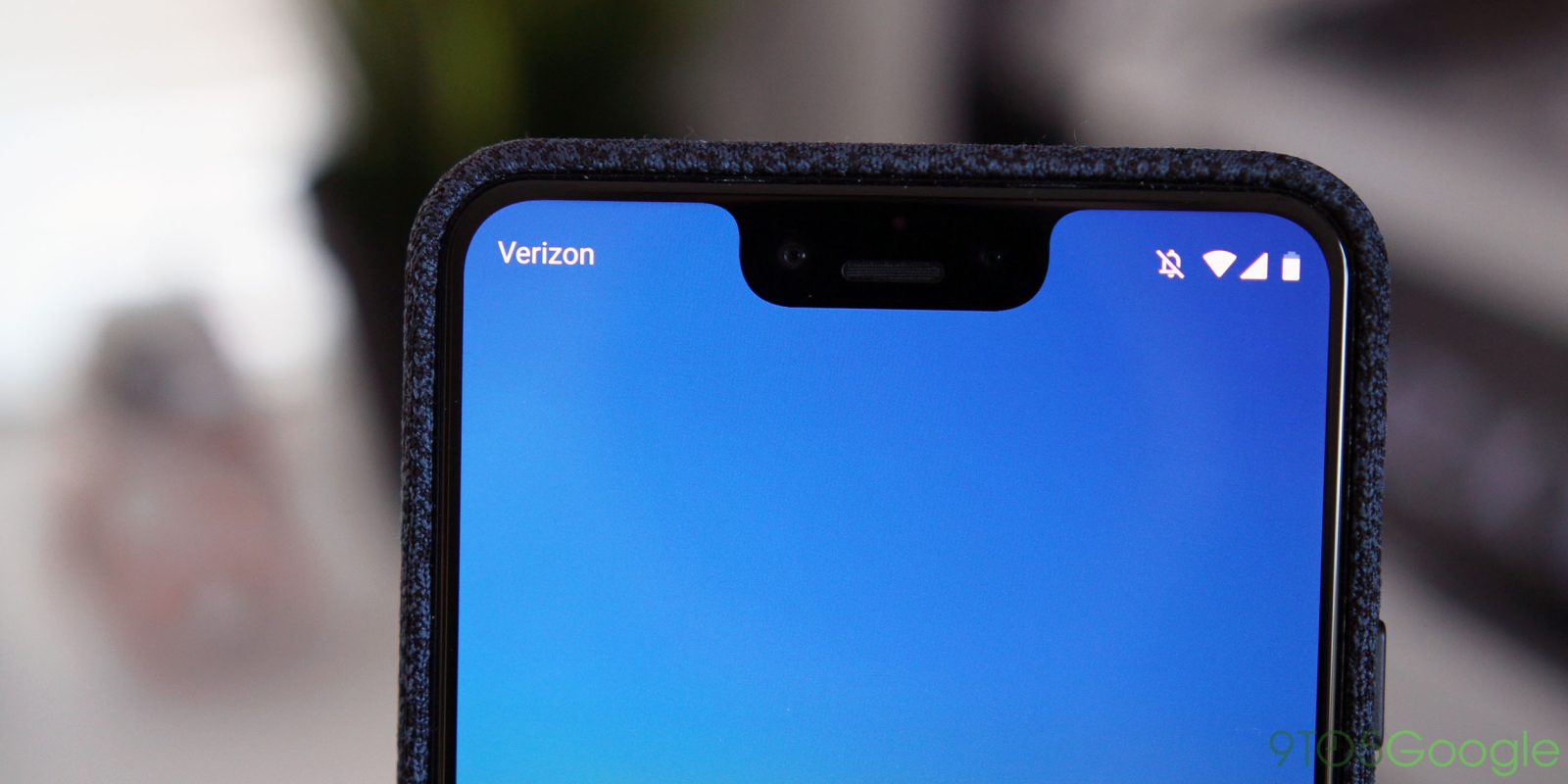 For the better part of the last decade, Verizon’s smartphones haven’t been SIM-locked. That means that a Verizon phone can work on basically any other network even if you bought it directly from the carrier. Now, though, the carrier is changing those rules, and that means that the Verizon Pixel 3 is locked down to the Big Red.

First and foremost, why is this such a big deal? For most customers, it won’t be. Buying a Pixel 3 directly from Verizon means you’re probably a Verizon customer who intends to use the phone there for the foreseeable future.

However, Best Buy has been selling the Verizon Pixel 3 at its retail price, in some cases even without the buyer having a Verizon account. For users who missed out on early shipping through the Google Store or preferred to buy their device in-store and/or with a Best Buy credit card, that brick-and-mortar store was the place to go for a Pixel device for the past couple of years.

This time, though, some of those users are finding that their device is actually SIM-locked to Verizon. When booting up and inserting a SIM card from AT&T or T-Mobile, which the phone technically supports, a message pops up that says the “SIM card isn’t supported” (see image below, via Android Central). 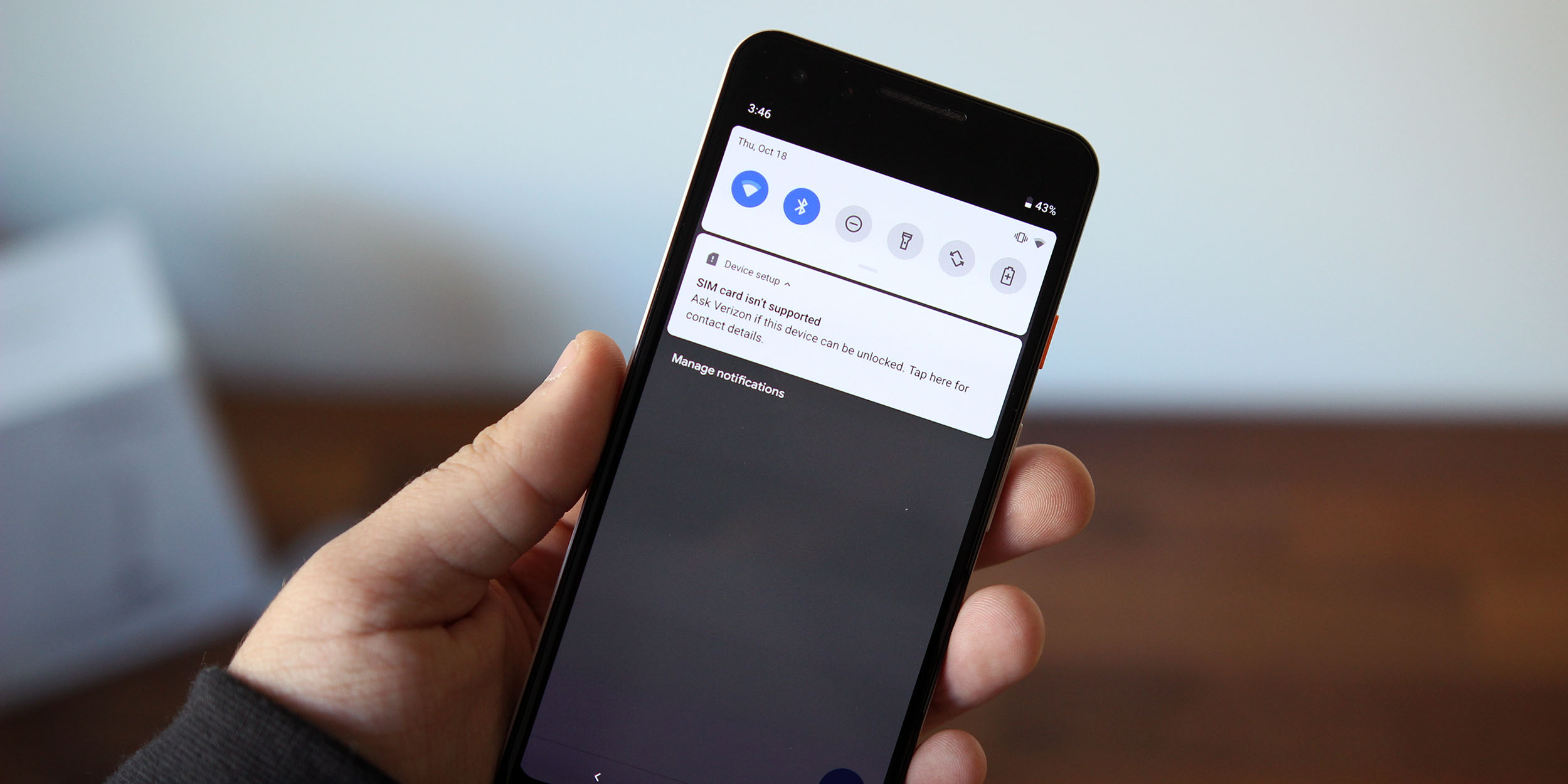 Like I mentioned earlier, this isn’t going to be much of a problem for the vast majority of Pixel buyers. However, it does put up a couple of red flags for the future, especially when it comes to reselling these phones. Verizon Pixel 3 devices will have to be unlocked to support other networks, which could end up with some interesting situations down the road. If you ever find yourself buying a Pixel 3 and you intend to use it on a carrier that isn’t Verizon, you’ll probably want to ensure it was purchased from the Google Store.

As for unlocking the Verizon Pixel 3 for other networks, well, there’s a distinct lack of information around that. Verizon hasn’t posted any information regarding this process that, again, hasn’t been in place for nearly ten years. The old page hasn’t even been updated yet.

Update: As noted by Android Police, it seems that some Verizon Pixel 3 owners are noting that the device is indeed being automatically unlocked. Placing an active Verizon SIM card in the phone will automatically remove the SIM lock after some time has passed. As seen in the screenshot below, a notification appears on the device noting that it has been unlocked and can be used on any network. 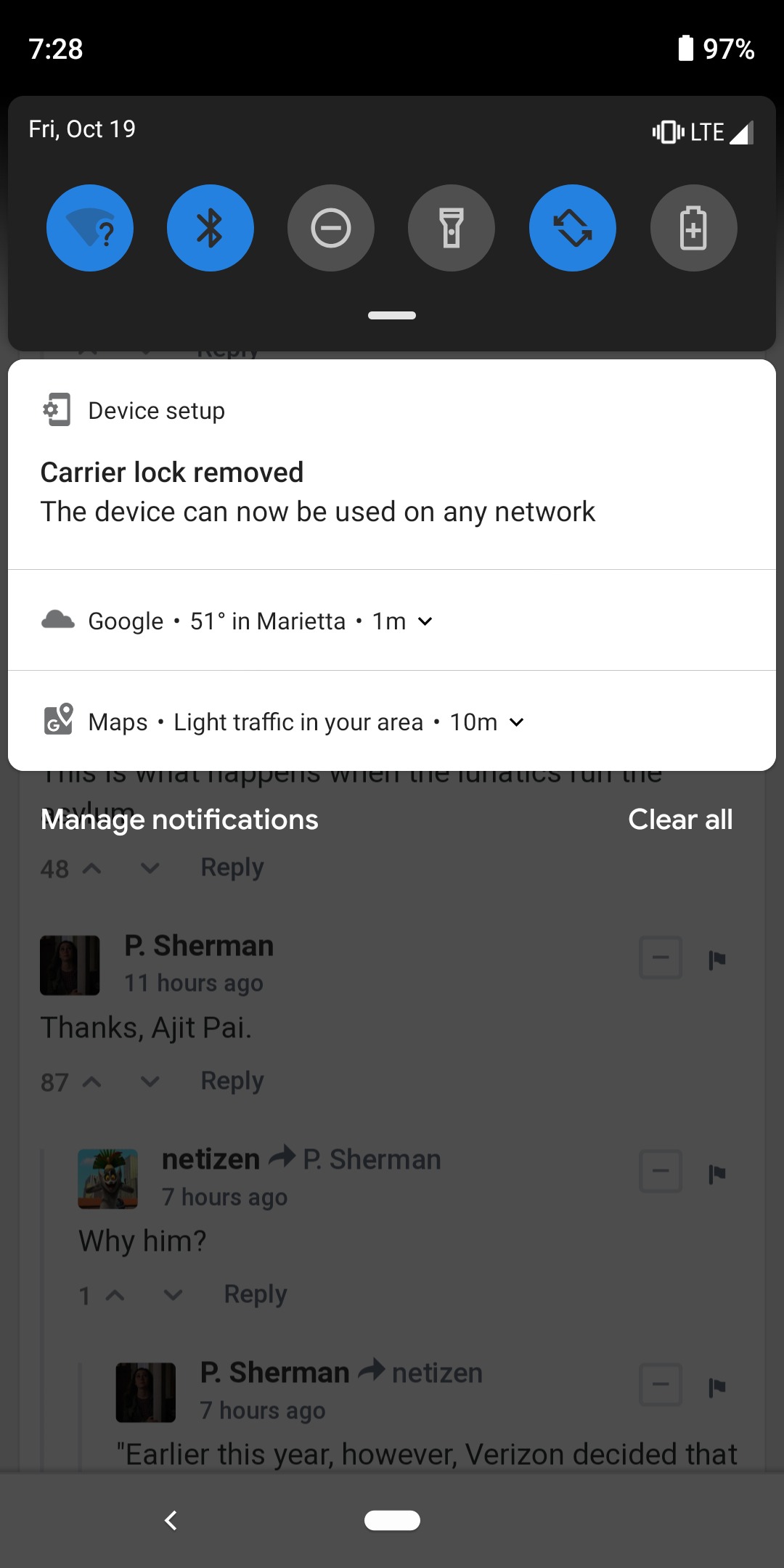 At the very least, this entire debacle makes one thing very clear – if you plan on buying a Google Pixel 3 or Pixel 3 XL, go buy it from the Google Store. They’ve even got interest-free financing.