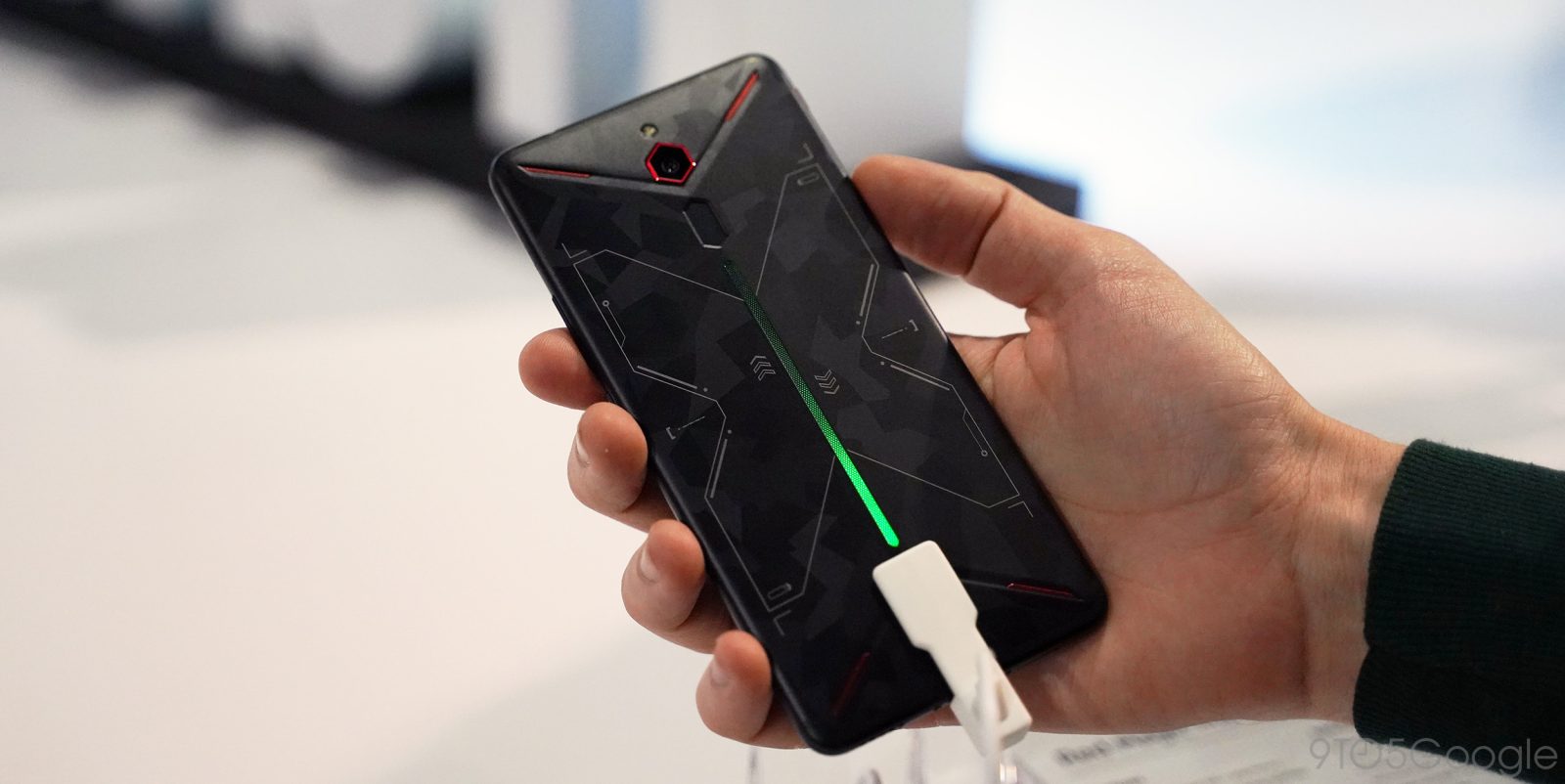 Gaming phones became a big trend in 2018, and for 2019 we’re already seeing new options. This week at CES, the Nubia Red Magic Mars has been announced and it’s coming to the US market too.

In the spirit of the gaming phone trend, the Nubia Red Magic Mars delivers a lot of power specs and some special features too, all encased in a crazy design. On the outside, Nubia’s latest device is a gaming phone through and through. It comes in three colors including the camouflage option pictured above. The hardware feels pretty nice, and for gamers, it’s got two added tricks.

On the back, there’s an LED light strip which is fully customizable in the software. You can quickly toggle it on/off in the quick settings, and also customize the effect and colors too. More interestingly, there are touch-sensitive buttons along the side of the phone which can be used in some games such as PUBG Mobile. 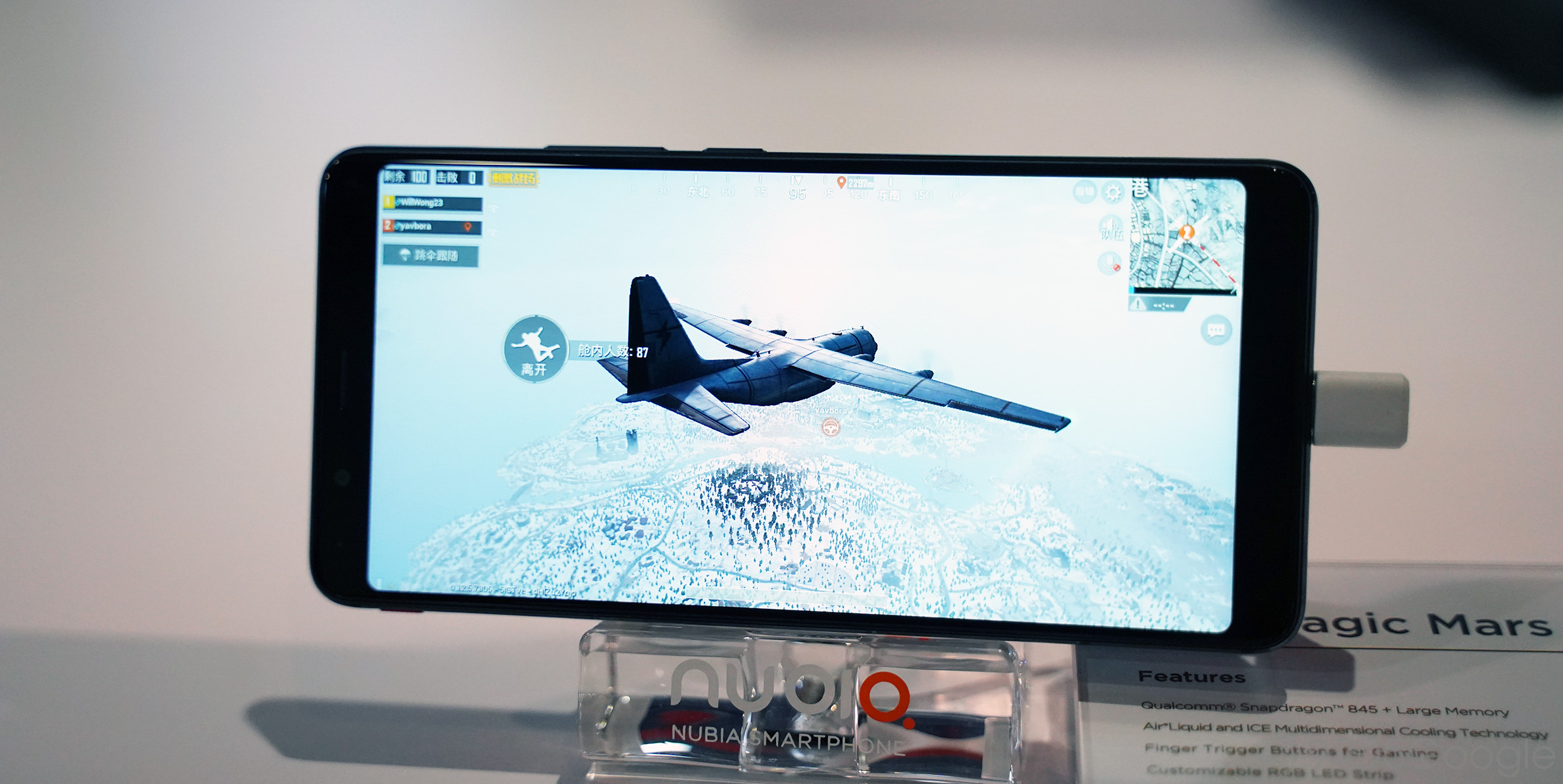 For games, you’ll find a Snapdragon 845 chipset, 6GB-10GB of RAM, up to 256GB of storage, and the 6-inch FHD+ 18:9 display.  The entire system runs on top of Android 9 Pie with “Redmagic OS” over the top. Admittedly, though, that skin seems fairly light in my brief usage. Of course, performance is still killer. I launched PUBG Mobile for a moment and the game didn’t skip a beat.

The Nubia Red Magic Mars gaming phone does all of that for a price of just $399. That’s a pretty impressive price point, but there is a catch. Currently, it’s unclear exactly where this phone will be sold. Nubia says it will be sold direct starting on January 31st to customers in Europe and North America. It’s unclear if that included the United States, though. 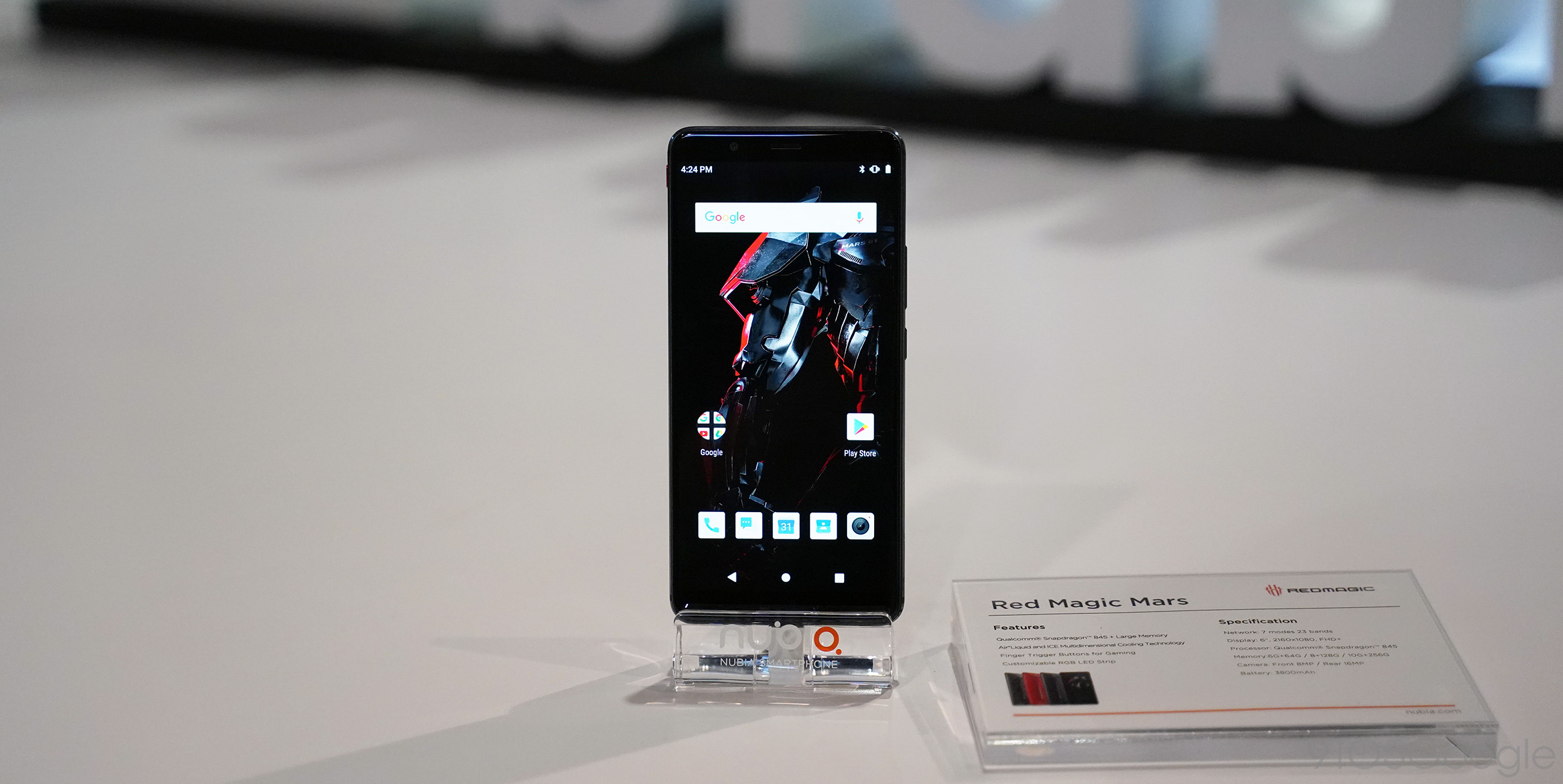 In an industry-first, ICE multi-dimensional cooling system combines air cooling and liquid cooling. Cooling ports, several layers of graphene, and a custom-engineered convex-shaped back increase air convection both inside and outside the phone. Additionally, a premium, liquid-filled copper tube directs heat away from the CPU and GPU to boost performance. Taken together, the cooling system delivers a smoother, more comfortable gaming experience.

In terms of gamer-centric features, the Mars includes an additional hardware switch to toggle “Red Magic Game Space,” a gaming-focused software mode. This feature improves performance by minimizing background apps and enhances gameplay with a high-performance mode and 4D sound+vibration effects (that can be turned on or off in the settings).

Touch-sensitive shoulder buttons provide additional hardware buttons without the need for a gamepad accessory. Users can configure and custom-map these buttons to suit their game of choice.

The Mars also boasts a stunning FHD+ 6-inch display and a 3,800 mAh smart high-density battery for hours of uninterrupted gaming.

nubia X The unique, dual-screen nubia X has already seen massive success in China, where the first batch sold out in less than one minute.

The nubia X features a bezel less 6.26” display on the front of the device with no notch or camera cutout. This is made possible by an additional 5.1”, full-quality display on the back of the device. With full-sized, full-featured touchscreens on both sides of the device, the nubia X elegantly solves common smartphone challenges and enhances the user experience in several key areas. The unique hardware and software mark the first smartphone of its kind.

With a display on the back of the device, users can take photos or video chat using the high-quality rear camera (24MP+16MP) with the ease of a front-facing camera.

In addition, the touch functions on both screens can be used simultaneously. By using the rear screen to interact with the front screen, users can experience a full-viewing experience (without their fingers blocking their view). “This feature was designed with gamers in mind,” Mr Ni added.

Finally, nubia has included five layer, blue-light-blocking glass on the rear screen, creating an ideal e-reader. In dark environments or when reading long blocks of text, users can choose to use the rear screen for a more pleasant viewing experience.

The dual-screen phone already has the internet talking, setting itself up as a potentially ground-breaking milestone for smartphone design.

Lewis Hilsenteger of Unbox Therapy tested the phone and praised it as “one of the most unique smartphones I’ve ever seen.”

Furthermore, Ben Sin, writing for Forbes, said: “the phone does look undeniably cool and cutting edge, and to nubia’s credit, switching between the two displays is seamless.”