Digital Wellbeing vs ActionDash: Get digital health tracking on any almost any Android [Video] 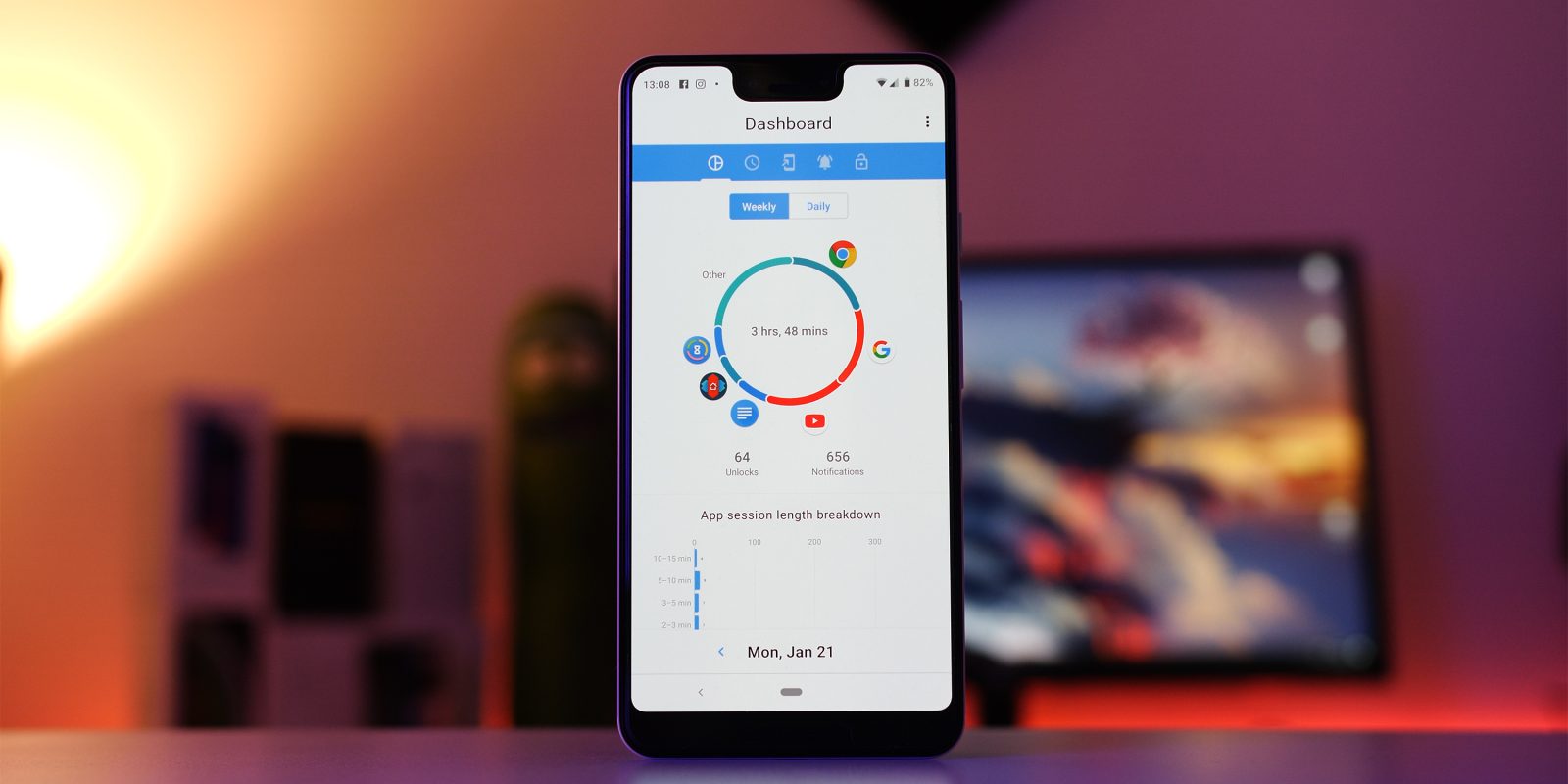 While it still seems as if tech brands caring about our ‘digital health’ is a little contradictory, it’s still neat to be able to get data on just how long we’re using our handsets.

The problem is that on the Android and Google side of things, Google has restricted the Digital Wellbeing tools to its own Pixel devices and those running Android One — at least for the time being.

Like almost every new Android feature, developers often find a way to implement these on non-stock handsets via launcher workarounds or simply as a standalone application download.

That’s basically what the Action Launcher developers have done with ActionDash, by creating a semi-port of Digital Wellbeing, which allows almost every Android user to track their digital health in much the same way. Even better still, it has a few tools thrown in on top of the basic Digital Wellbeing experience too, which might make it of interest to Pixel and Android One users.

Naturally, the fact that ActionDash can run on any Android device (running Lollipop or higher) will most definitely appeal to a huge portion of the platform user base, then the added features on top make giving the ad-sponsored app (removed via an in-app purchase) a try all the more enticing.

For starters let’s look at what ActionDash boasts over Digital Wellbeing:

And that’s just the tip of the iceberg, as ActionDash has deeper core tracking than Digital Wellbeing from the outset. It takes the graphical stylings of Digital Wellbeing and then sprinkles a little bit more on top. With the Google option, you’re unable to keep track of system apps, whereas that is included in ActionDash.

One area where both options majorly differ is the lack of Wind Down mode on the ActionDash application. It’s a neat feature baked into Digital Wellbeing that slowly turns your display to grayscale during specific time periods or automatically via the Night Light settings on your device. You can achieve this via other applications but it’s much slicker and available from the get-go on your Pixel.

Digital Wellbeing is designed to be as simple as possible, and that isn’t a negative, it’s just something that’s worth pointing out. Like most things designed by Google, it will likely develop and improve with time but the basics are there to be built upon. 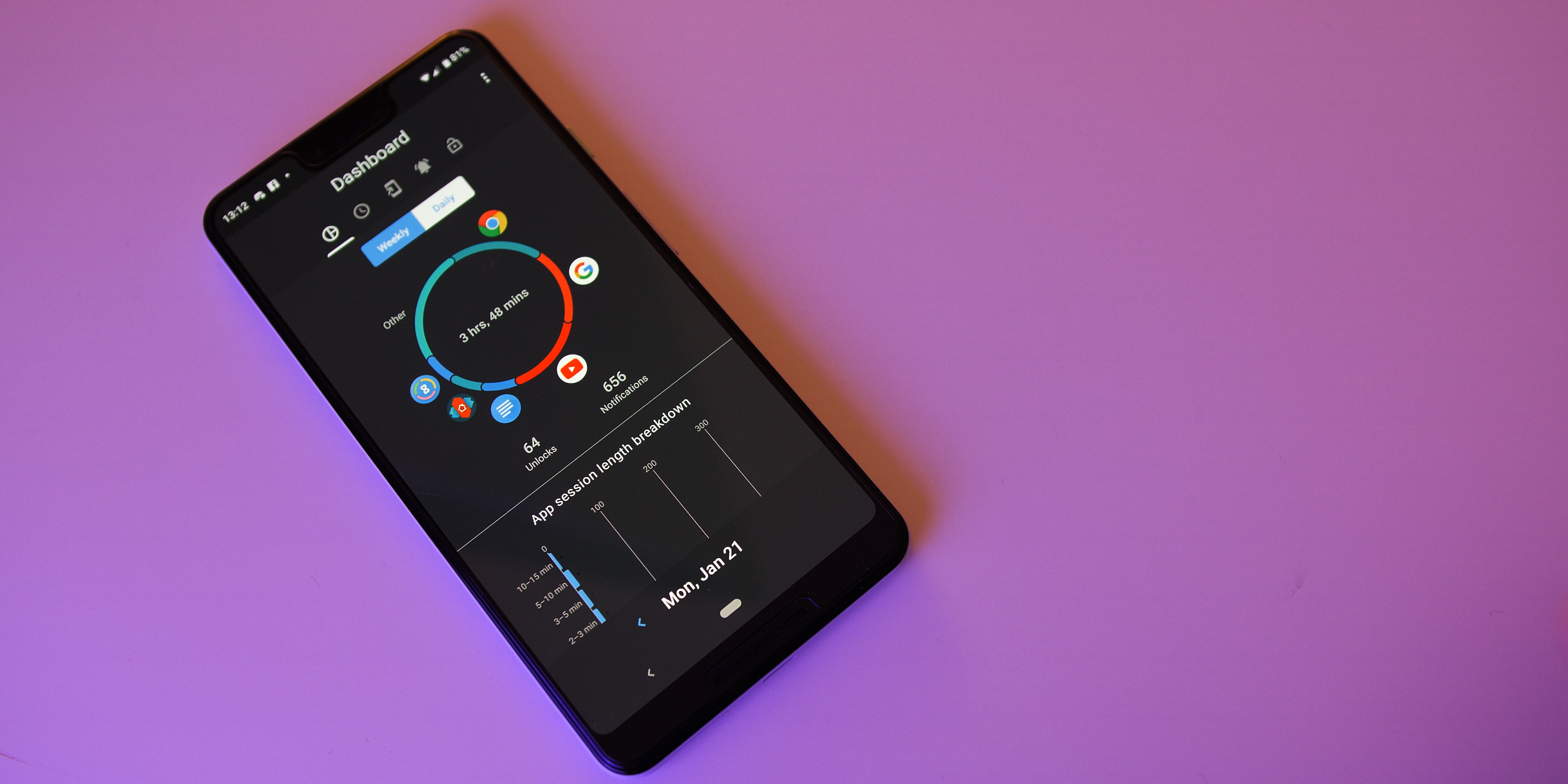 We will likely get a system-wide dark mode in the upcoming Android Q, which in turn means a dark mode for Digital Wellbeing but that is one definite area where ActionDash beats out the Google version by far. I can also say that it fits well with the rest of the dark modes that are slowly rolling out to the vast majority of Google-made applications.

As you’d expect from the developers of Action Launcher, ActionDash is slick and feels much more like an extension tool rather than just a part of the system settings. It does feel less like a tool — if that makes sense — as a result of the slight redesign.

Of course, ActionDash has taken much of the usability features from Digital Wellbeing meaning it feels much like the Google app in reality. Everything is easy to find once you’ve blown through the initial set up and granted the adequate access to notifications and whatnot.

This only directly applies to the paid version of ActionDash, which comes via a $6.99 in-app purchase and removes annoying ads and introduces a few extra features that you don’t currently find on Google’s own Digital Wellbeing.

I say currently, as Google can always update the application to work on multiple devices, much like Messages, the Dialer and other Pixel apps. At the moment that in-app purchase makes sense, even if it is a little higher than it probably should be. 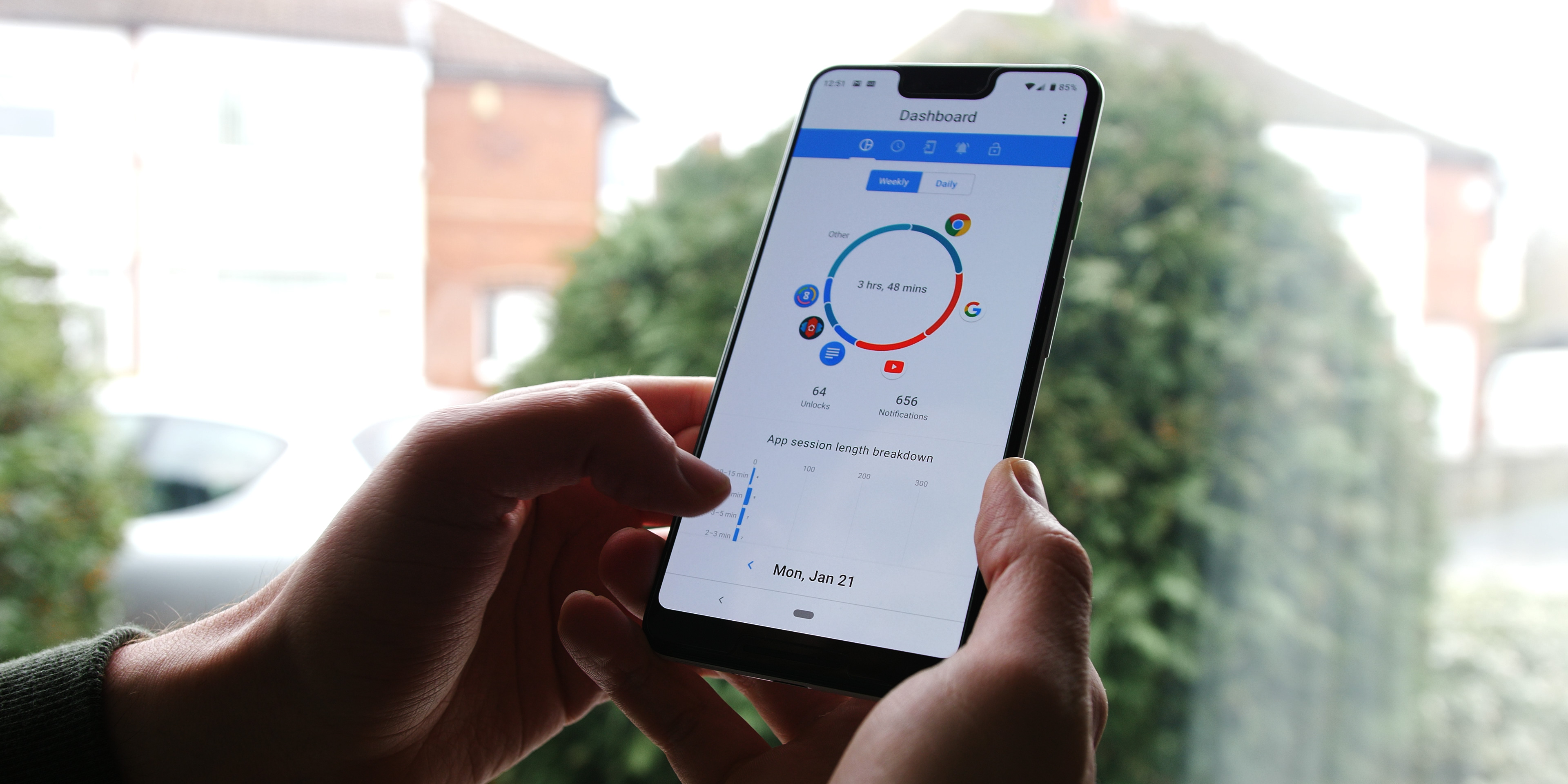 With the recent free Play Store credit for Pixel 3 and Pixel 3 XL users, it does knock that price down a little bit. Then again, it doesn’t make all too much sense for Pixel users when you get Digital Wellbeing for free. For anyone with an older device or a non-stock model, it is a way easier sell.

Until Google add Digital Wellbeing to the Google Play Store as a standalone downloadable application, then ActionDash is not only the best, it’s one of the only options for those not rocking the Pixel or an Android One smartphone. It helps that the guys behind Action Launcher are in charge of ActionDash, as we’ll see it develop more in the coming months.

Get the Microsoft Launcher

Get our favorite Android One phone, the Nokia 7.1: