Google Fi phones: Which phones can you use with Google’s MVNO?

So you’re considering switching to Google’s cellular carrier, eh? (Well, technically, it’s an MVNO or “mobile virtual network operator,” which basically means they’re renting space from other carriers to provide their own service.) But alas, if you’re debating whether or not you want to hop over to Google Fi, one thing’s for certain: You’re going to need a phone. Which phones work with Google Fi?

The most obvious set of phones that work with Google Fi are of course the ones that they sell themselves, called “Designed for FI” phones. As of this writing, Google Fi sells the Pixel 3 and Pixel 3 XL, the Moto G6, the LG V35 ThinQ, the LG G7 ThinQ, and the Android One Moto X4. It goes without saying that these offerings are constantly expanding and changing, so be sure to head over to Google Fi’s site to see which phones they have.

While you might be able to find these phones elsewhere, buying them through Google Fi itself comes with a perk. First of all, you can finance a phone monthly just like you would with any other cellular carrier (instead of pitching that full $799 for a Pixel 3 up front, you can put it on your monthly phone bill for $33.29/month). Also, Fi is, as of this writing, offering some service credits. Buying a Moto G6 gets you a $100 credit, for example.

Another benefit to buying your phone directly from Google Fi is that you can opt for device protection. This is a monthly fee (that varies depending on the device you choose to buy) for a replacement device if something tragic happens to yours. For the Pixel 3, for example, you’ll be paying a $7 per month charge to opt for a new phone if yours succumbs to accidental damage.

Bring your own Google Fi phone

Another option, and the one you’re most likely are considering if you’re a budget-conscious shopper (and chances are that you are, if you’re looking to jump to Google Fi for your cellular service), is to just bring your own phone to Google Fi. Google has a complete list of all the devices that Google Fi officially supports on their website, so if your device is listed, chances are you can bring it over!

If you’re looking for a simple way to find a supported Google Fi phone without purchasing or financing through Google’s site itself, I’d recommend just heading over to Amazon and doing a search for “unlocked phones” and then cross-referencing the devices you find there with the official supported devices list. If it’s on the list, chances are that it’s a safe buy as long as it’s supported. 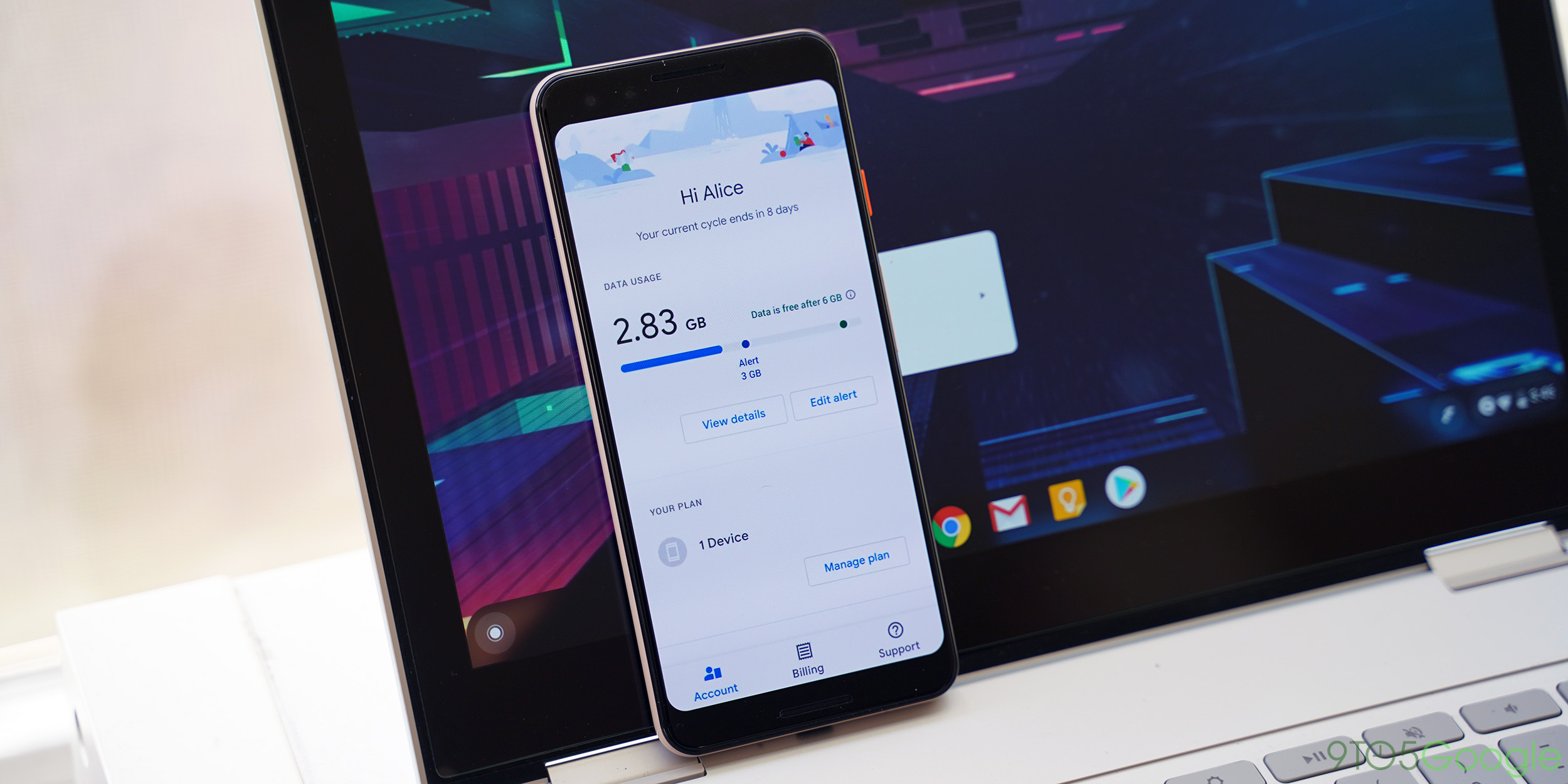 There are a few restrictions, though. First of all, you need to make sure that your phone is unlocked. Only unlocked phones will work with Google Fi, and chances are, if you’ve been using a phone that you purchased through T-Mobile or AT&T (and some other carriers), your phone is locked — even if you’ve completely paid it off. You’ll probably have to call your carrier to make sure your device is unlocked for Fi.

Something to keep in mind is that you might not get full functionality of the Google Fi network, even if your device is on Google Fi’s list of devices. Only Designed for Fi phones will get every single benefit of Google Fi (including automatic switching between T-Mobile, Sprint, and USCC, automatic connection to WiFi hotspots, and Fi’s VPN). Others, for instance, might only be able to use T-Mobile and WiFi calling varies.

One more thing: While the full list of supported Google Fi phones is long, it’s definitely not exhaustive. There are plenty of phones that aren’t on Google’s list that might technically work with Google Fi’s T-Mobile service (i.e., no automatic carrier switching), but you’ll just have to try them out for yourself. For a long time, the iPhone wasn’t listed as supported, but it worked — with some notable issues, however.

Can I use an iPhone with Google Fi?

Now, though, using an iPhone with Google Fi is most definitely supported (but like some other Android phones, it’s just not as supported as Designed for Fi phones). So the answer is very much yes: You can bring your iPhone — again, as long as it’s unlocked — to Google Fi.

To use your iPhone with Google Fi, you need to have a device that’s running at least iOS 11.0, and as of this writing, it has to be an iPhone SE or newer. iMessage will work right off the bat when you get Google Fi up and running, but getting standard texting working requires a little bit of manual set up. While using an iPhone on Google Fi might not be super convenient, at least Google supports it!

Now that you’ve figured out which phones you can use on Google Fi, the next step is to head over to the Google Fi website and sign up. From there, Google Fi will walk you through the setup process of your phone(s) and get you MVNO-ing in no time. Have any questions about devices that Google Fi supports? Let us know in the comments below.