Android MWC Partner Walk: A taste of how Google’s ARCore could help improve our navigation [Video] 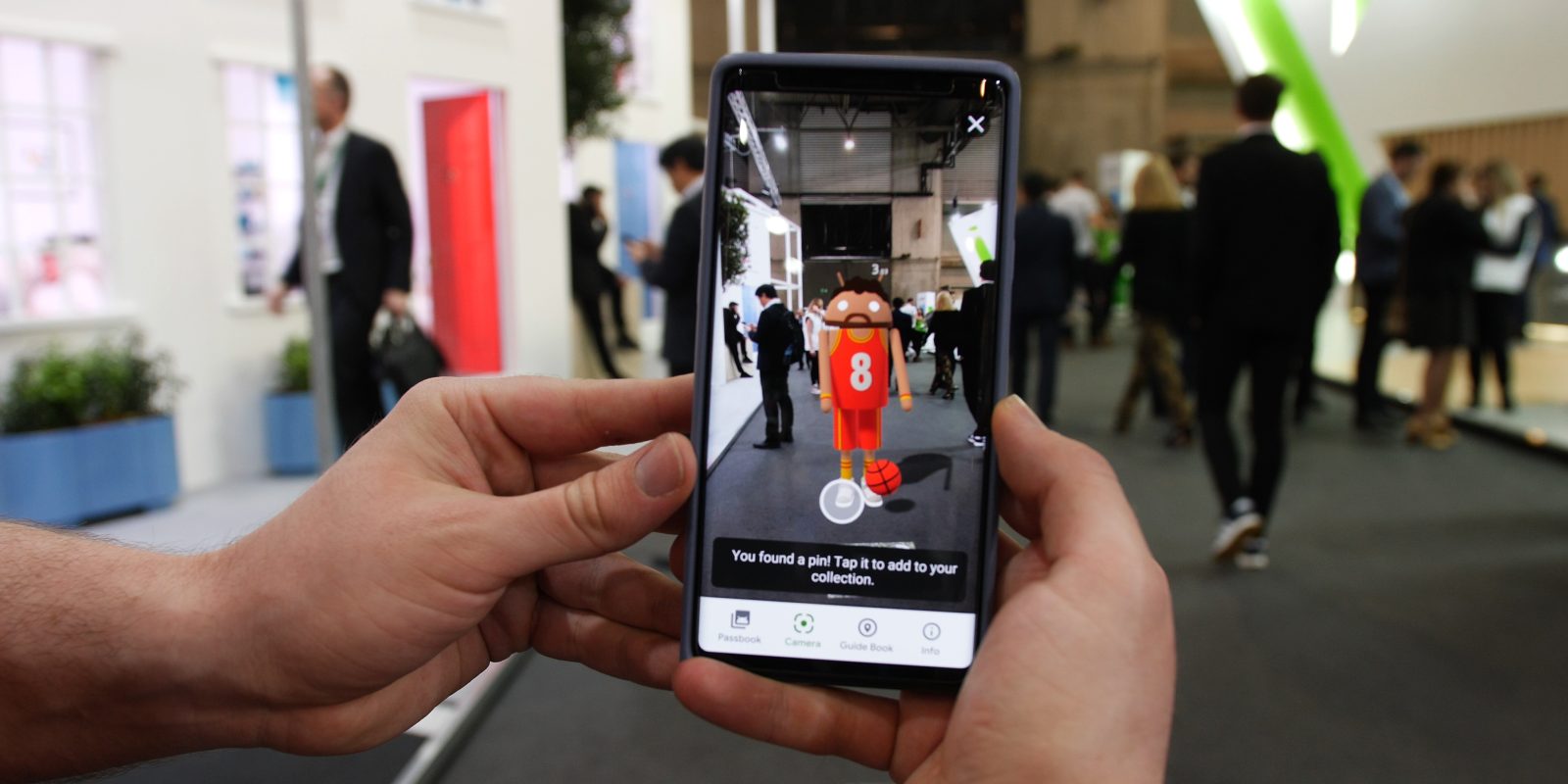 At MWC 2019, the Google Android Partner Walk may have been one of the side attractions for attendees in Barcelona. But it was the perfect showcase of Google’s ARCore functionality and how it could help improve our navigation systems of the future. Not only that but simply by collecting pins — both physical and digital — you could potentially earn some neat prizes.

Those prizes, as it turns out, were actually much harder to come by than you might have thought. The collectible pins were, in most cases, easy to come by but certain pins did disappear much faster than others simply due to demand and increased footfall near those particular stands.

Not only that but spread all over the MWC show floor was a series of QR codes outside partner vendors such as Lenovo, Nokia, Huawei, Samsung plus a few others too. These QR codes could be read by the Android Partner Walk application and added the AR aspect that made the entire side-quest interesting.

Using this app, simply scanning a QR code would instantly launch into a 3D animation. But because, naturally, you are expecting something to appear out of the floor decal, the application added animations to point you to 3D Android AR characters that you could tap and collect. 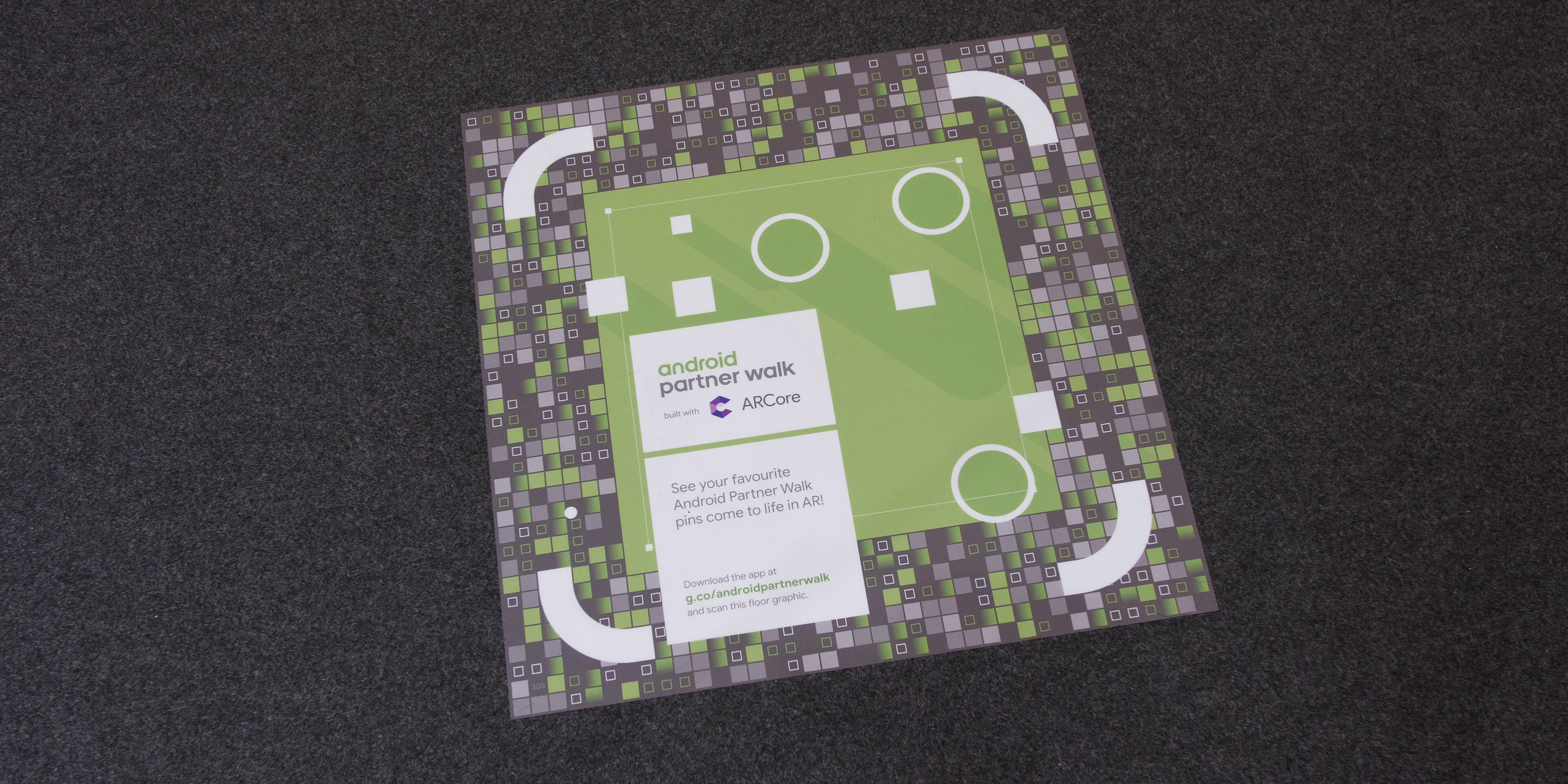 In a recent blog post, Google confirmed many of the pitfalls they faced while developing and testing the application. Having used the AR Android Partner Walk application, I can see exactly what they mean.

I will say that the concept was cool, but it did have some teething problems. I’m not sure if this was due to my device, the congested network or something else entirely. Either way, it wasn’t quite as fun as simply collecting physical pins emblazoned with cutesy Android characters.

There were 21 QR codes spread all throughout the floors of MWC. The application pointed out the next nearest QR/AR pin so that you knew exactly where to head next. This made it much easier to navigate to your next port of call and carry on the QR code reading fun.

We can imagine that when this does officially reach Google Maps, the end result will be much better experiences when navigating around unknown or unfamiliar cities in the not-too-distant future.

On that note; having never been to MWC before, the sheer scale was at times quite disorienting. It meant that on a couple of occasions, I actually used the AR app to work out where I was in relation to certain stands so I could find out where to head next. So at least as far as I was concerned, Google’s AR experiment was a resounding success. My efforts to claim all of the badges though was much less resounding.

For anyone interested in the pins, well, they are neat but not something I’d personally be rushing to wear any time soon. I only managed to collect around 12 of the potential 36 that were available to collect — this increased with the digital version too. 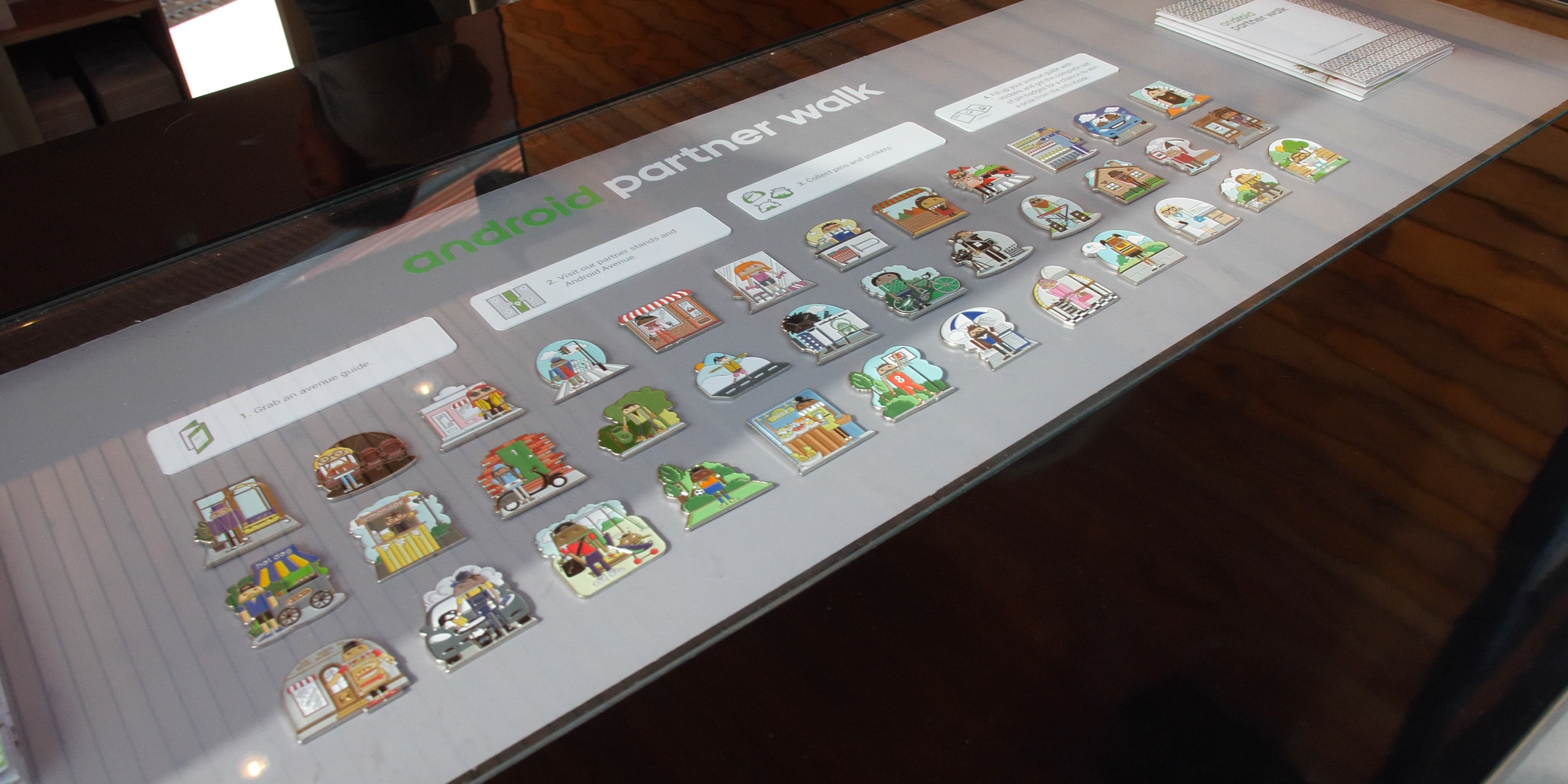 I must say that collecting the physical pins was way more fun in practice than the digital equivalent. That said, if you did manage to collect them all, you could win a Google Home, but they did run out pretty quickly. If it achieved one thing, it was plenty of user data to help improve the experience for the next iteration!

I for one am excited to see a wider range of future applications build in ARCore functionality — especially Google Maps. The introduction of AR navigation to select Google Maps Local Guides is one such update that has really whet my appetite even further for our future augmented reality navigation.