Yesterday Google officially revealed Stadia to the world, the company’s big game streaming project. Impressive is almost an understatement when looking at Google’s ambitious new product, and that’s before we even get pricing details or a list of games. There are still some details to be learned from the initial hands-on coverage, though. Here are some Google Stadia tidbits you might have missed.

How Chromecast works with Stadia

Personally, my biggest question leading up to the launch of Stadia was how the service was going to work with a Chromecast. After all, there are times I can’t get videos to work properly with that dongle. In a huge interview with Eurogamer and Phil Harrison, much of which this tidbits article pulls from, we get a glimpse into how Stadia will work with a Chromecast.

Chromecast doesn’t actually receive a stream from your phone, it receives a command beamed from your phone…  In this case, all we’re sending from the Stadia controller, we’re telling it to connect to this game instance and Chromecast is streaming the video from that game instance. For us, the client is so simple. All it needs to do is networking and video and audio decoding. Chromecast doesn’t handle input, it’s all handled on the controller. Video, audio and networking are built into the fundamentals of Chromecast.

You’ll need an internet connection of at least 15mbps, probably

At GDC, Google’s demo of Stadia offered up three types of connections. There was an “excellent” demo, “degraded,” and “severe” as GamesRadar points out. Apparently, all three of these connections left users with results that were very much acceptable for play.

Interestingly, though, Eurogamer points out in a hands-on article that Google offers developers a 15mbps connection simulation mode which is designed to represent an “unstable” connection. It’s not much of a leap to assume that, more or less, this is the sort of connection which Google would consider the minimum acceptable option. While plenty of users do have much stronger connections, even members of our team here at 9to5Google don’t have that speed available at home. 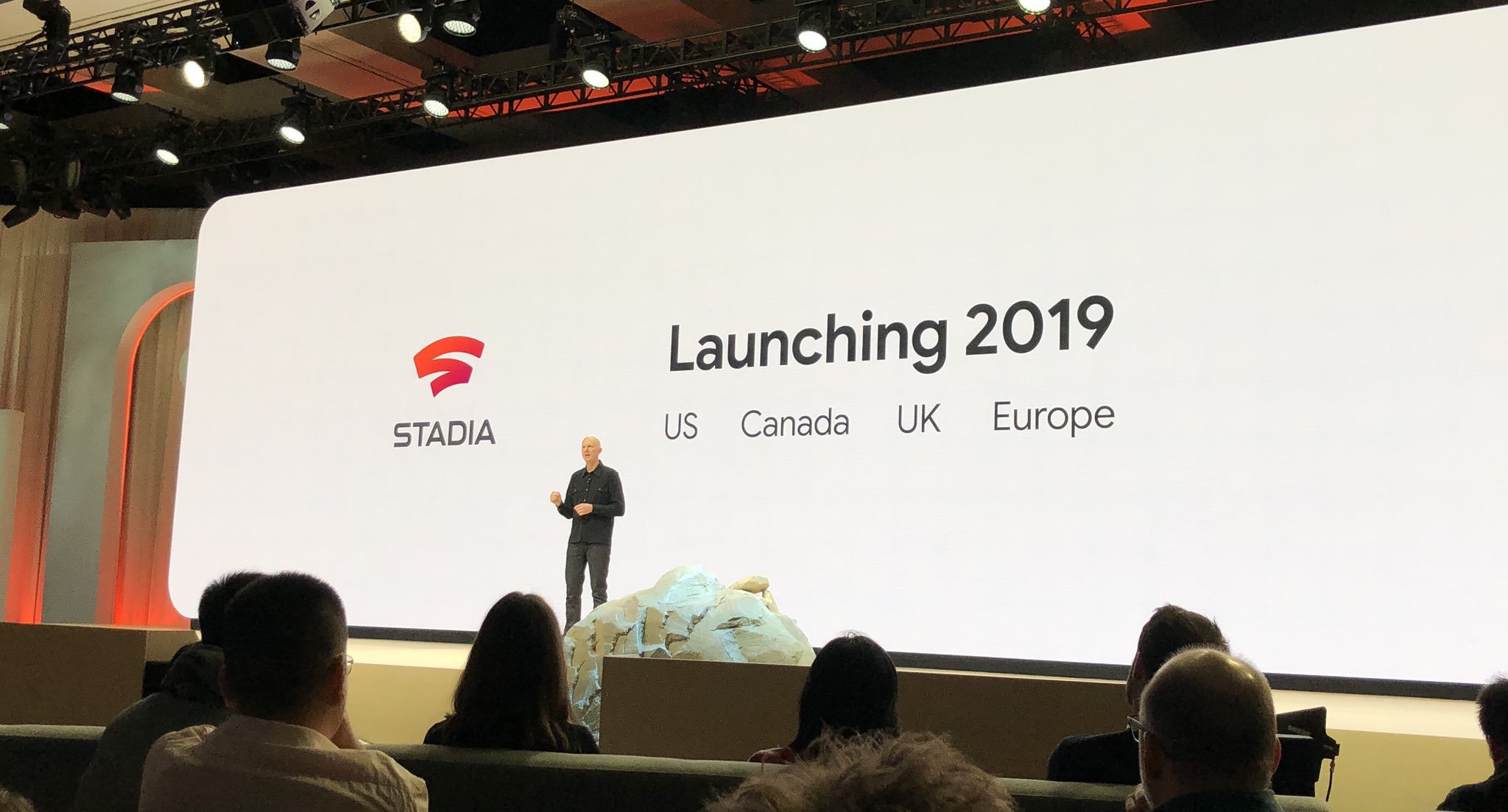 Is Google Stadia just another Google product that will be killed off?

It’s no secret that Google likes to just randomly kill off products. After all, 4 major products are being killed off in just a few weeks. Speaking to Kotaku, though, Phil Harrison assures potential users that Stadia is not a “trivial project.”

I understand the concern. But I think that all you have to do is look at the level of investment that we have made and continue to make in Stadia. This is not a trivial project by any means. This is a very, very significant cross-company effort that isn’t just my team, but it’s also across YouTube, it’s across our technical infrastructure and networking team. It represents thousands of people who are working on this business.

You’ll have to re-buy all of your games, probably

Speaking to TechCrunch, Google hinted that you won’t be able to transfer your games from other platforms. While cross-platform play and even pulling game saves over will be offered, purchases won’t be part of the deal. Shame, but makes total sense.

It doesn’t sound like you’ll be able to restore purchases of games you’ve previously gotten, you’ll unsurprisingly have to buy all of your Stadia titles on the platform.

Custom hardware behind the scenes

On stage, Google only hinted at the power behind Stadia. Under the hood, each Stadia instance is powered by a custom 2.7GHz hyper-threaded x86 CPU, a custom AMD GPU capable of 10.7 teraflops, and that’s just the basics. Multiple instances can be used to further improve things. 16GB of RAM, and essentially unlimited amounts of SSD cloud storage round out the processing package.

It’s mind-boggling what Stadia has running the show, and it’s far more powerful than anything you could put in your living room or on your desktop.

There are other options for game streaming out there today, but aside from the technical prowess Google has, another advantage Stadia will have is that it won’t require setting up another account. As the Eurogamer interview details, Stadia will be connected to your normal Google account.

It’s a part of your Google account, so your Gmail account is effectively your login for Stadia. Let me go back to some of the other fundamentals. We work from launch on any screen: TV, PC, laptop, tablet and phone. A fundamental part of our platform is that we’re screen agnostic. 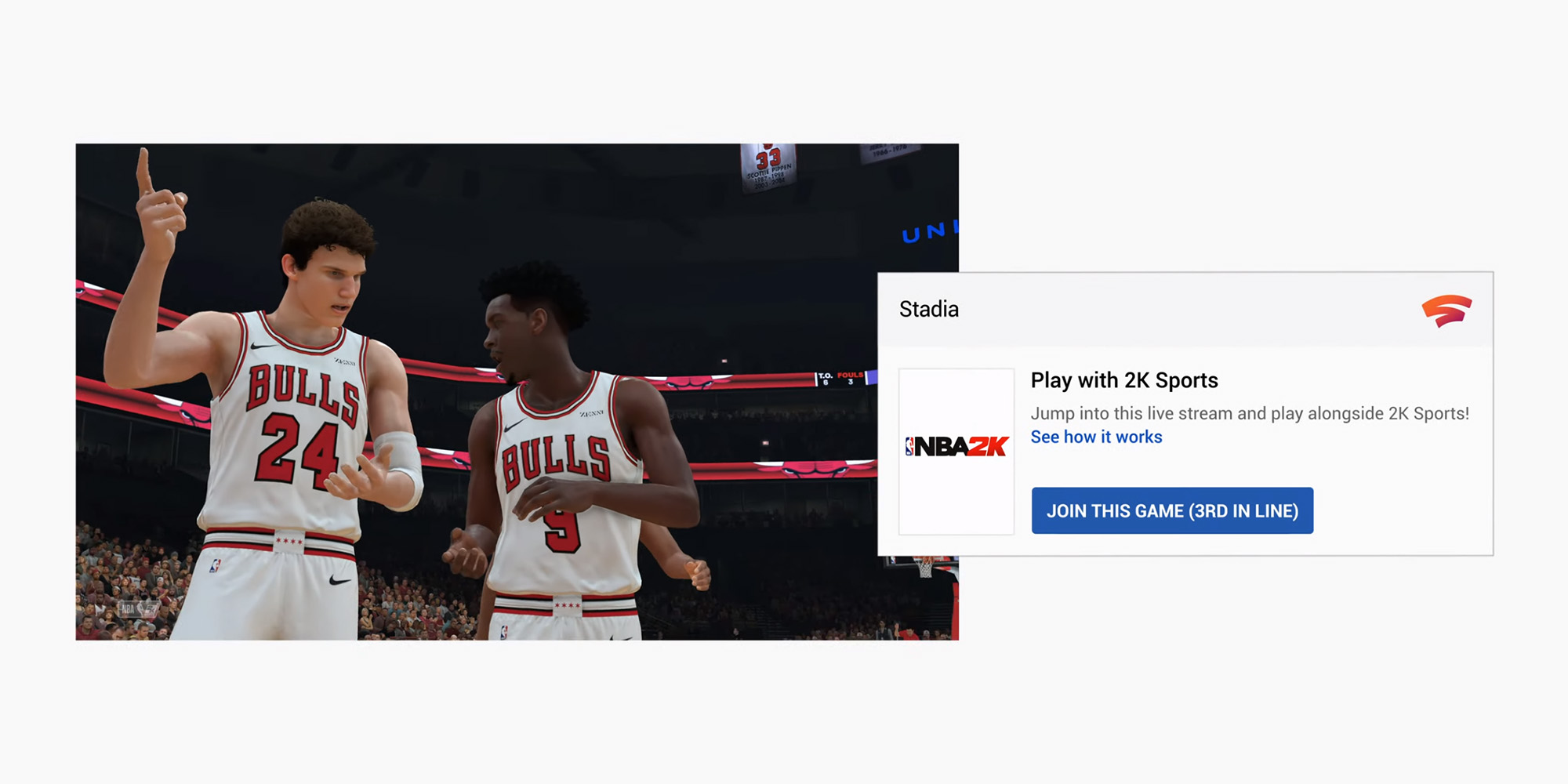 When are we going to get pricing details?

The biggest question surrounding Stadia by far is how much Google is going to charge for it. Unfortunately, the company is being totally silent about that. We don’t know how much, nor how Stadia will charge players for games. However, speaking to Kotaku, Phil Harrison does give a timeline.

I’m not going to talk about it today… We will talk in great detail about that in the summer.

So when are we getting pricing? Clearly, in the summer. Clear your calendars for E3 (probably)!

While Chromecast is a home for Google Stadia, it doesn’t look like products with Chromecast built-in are going to work. This was hinted at in the Eurogamer interview, but the possibility isn’t completely off the table, for now.

For now we’re just focusing on Chromecast, but from a technical and functional perspective, its wherever YouTube is. We’ll need to figure out how it manifests itself to the user.

Any HID-compliant controller should work, including Xbox Adaptive

To play on Stadia, users can take advantage of Google’s own controller, but the entire setup works with almost any other controller as well. As confirmed in the Eurogamer interview, any HID standard compliant controller should work fine with Stadia. Our own Abner Li also further points out one of Google’s own graphics which confirms support for the Xbox Adaptive Controller.

…we support current USB controllers that support the HID standard so any USB controller that you already have will generally work – but of course, we’re building our own as well.

Stadia on phones takes up almost no power

Gaming on a smartphone typically takes up huge amounts of power. Even a simple game like Stardew Valley could easily drain your battery in just a few hours. However, as was explained in the Eurogamer interview, when Google Stadia is running on smartphones, it’s essentially just playing a video. To that end, some devices could theoretically game for 10 hours or more.

And one thing we didn’t mention is that even on the phone, all you are doing is playing a video, so playing Assassin’s Creed or Doom or any heavy game on your phone is using less battery than if you’re playing a mobile game, and you can play for ten hours. 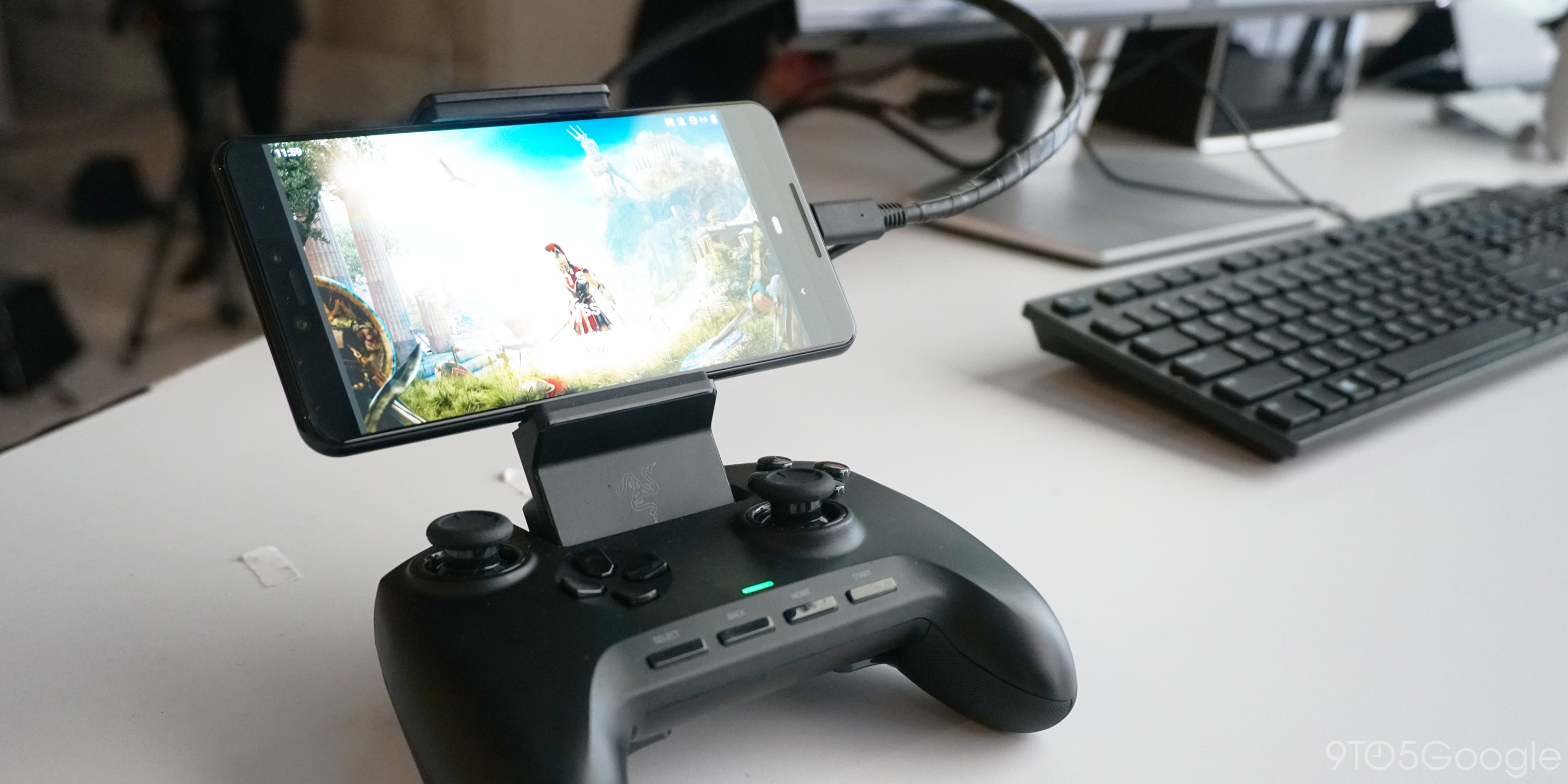 Google Stadia for smartphones will ‘focus’ on Pixel

Now, we’re not saying that Stadia is going to be a Pixel-exclusive, but it’s certainly looking like Stadia could be a Pixel exclusive. On stage Google never said the word Android relating to Stadia, only Pixel. Speaking to TechCrunch, Google also mentioned that it was “focused” on Pixel devices at launch. We’re trying to get further confirmation from the company on the Android release, but it seems more and more that it’s going to be Pixel-only at first.

Google said they’d confirm devices later, but when asked about iOS support at launch they highlighted that they were focused on Pixel devices at launch.

Google Stadia is definitely a gaming service, but YouTube is at its core. That’s very clear from how the company presented it at GDC. The Verge has a wonderful piece on this that I’d highly recommend giving a read, and the quote from Vlad Savov below summarizes it quite well.

Google announced one game for its big gaming service announcement. One game and a few dozen ways in which Stadia ties in to YouTube, Chrome (which will be the only supported browser, at least to begin with), Chromecasts, Chromebooks, Android devices, and the rest of Google’s ecosystem. This event, scant on details and specifics though it may have been, was Google flexing its muscle as a leader in cloud technology and connectivity.