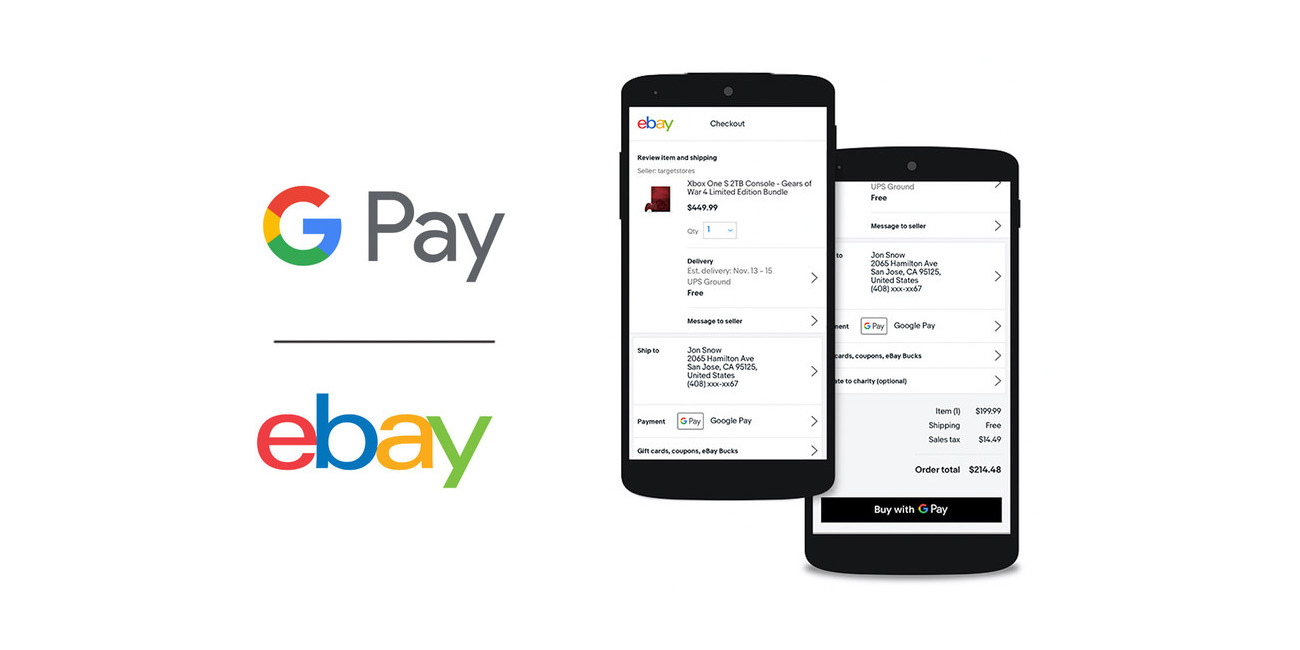 eBay used to be synonymous with PayPal, but now the online shopping giant is extending support for other payment options. Today, eBay has announced official support for Google Pay on Android and the web.

Announced in a press release today, eBay has officially revealed that it’s rolling out support for Google Pay across multiple platforms. This, of course, includes the ability to pay for purchases through its Android app, but also on the mobile web and on the desktop website.

With the integration of Google Pay, eBay users will be able to checkout using the credit cards already linked to their Google account. Further, it’s a secure payment method which doesn’t require payment details to be saved to eBay itself. Alyssa Cutright, a VP at eBay says:

Google Pay provides users with a fast, simple and secure way to pay online. Offering Google Pay as a form of payment is another significant step toward providing our customers with more choice in their payment options, and creating an experience that is tailored to personal preferences.

eBay says that Google Pay support will arrive on Android starting in early April, but there’s no ETA currently on when it will be available on the web. The company does note, though, that only sellers enrolled in eBay’s new payments experience will be able to take advantage of this payment method.