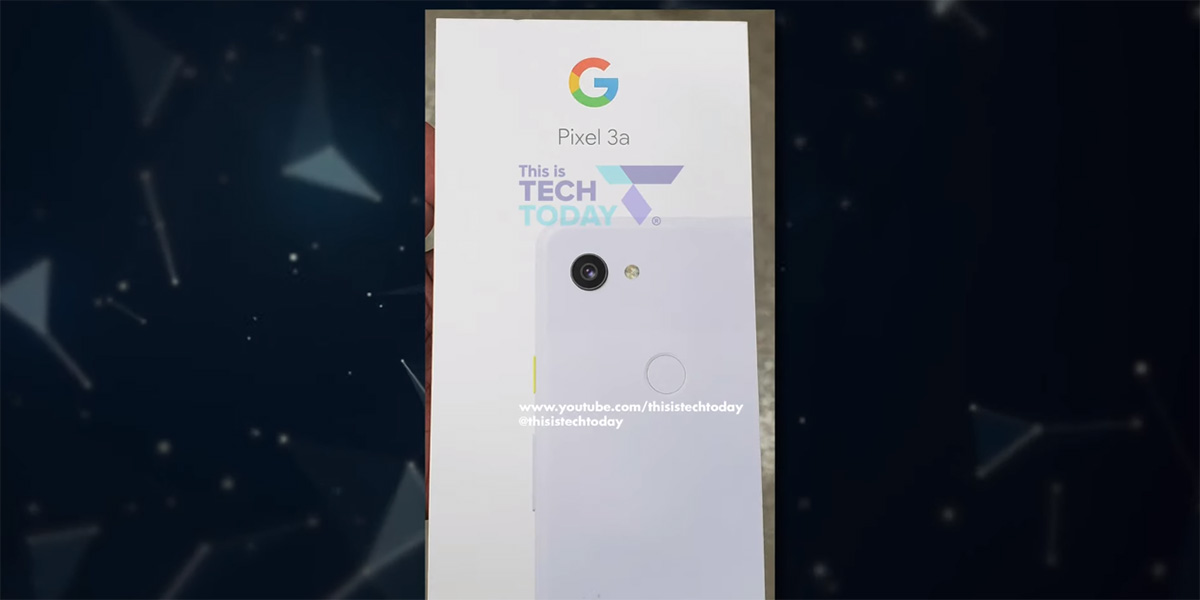 We’re just a week from Google I/O, and also the debut of the Pixel 3a and Pixel 3a XL. Today, we’re getting a leak of the packaging for the Pixel 3a and it seems to corroborate a lot of details we extensively leaked about the device last month.

Courtesy of Brandon Lee who runs the YouTube channel This is Tech Today, we’ve got our first few pictures showing off the packaging for the smaller of Google’s new phones, the Pixel 3a.

First and foremost, today’s leak corroborates previously-reported specifications for the device. That includes the display being a 5.6-inch panel, supposed 64GB and 128GB storage tiers, and a display at 1080p resolution.

Brandon was also able to provide corroboration on a source of ours which mentioned the “Purple-ish” name noted on the Pixel 3a packaging in recent weeks. For that reason among others, we feel this packaging is indeed genuine. As noted in previous leaks, that colorway will have a yellow accent for the power button.

As has also been noted in past leaks, Lee’s source reiterates the use of downward firing speakers, a plastic build, and the return of the 3.5mm headphone jack.

Importantly, Lee also mentions that his source reveals the pricing for the Pixel 3a will start at $399. Meanwhile, the larger Pixel 3a XL will apparently cost $479.

Notably, we were also able to use the UPC on the packaging here to further confirm its legitimacy, as the “42776” code is used regularly with Google products, including the Pixel 3. The model number shown here also lines up with what we’ve previously found.

As mentioned, we detailed the Pixel 3a and 3a XL extensively in a report last month. The smaller device will have a 5.6-inch OLED display at 2220×1080, a Snapdragon 670, 4GB of RAM, an 8-megapixel wide-angle front shooter, and a 12-megapixel rear shooter. There’s also a 3,000mAh battery, Active Edge squeezable sides, the Titan M security chip, eSIM, and 18W fast charging via USB-C.

Update 5/3: In another video, Brandon’s source has shared more images of the Pixel 3a’s packaging. This time, we get a glimpse inside of the box to confirm what’s included. Interestingly, it looks like Google is ditching the included headphones that came with the standard Pixel 3. Thankfully, this device has a headphone jack to help make up for that.

We can also see the phone itself and the camera/bezel around the display. As you’d expect, it lines up perfectly with previous leaks of the device. Lee’s source also corroborated our source regarding wireless charging on the Pixel 3a – it’s gone.