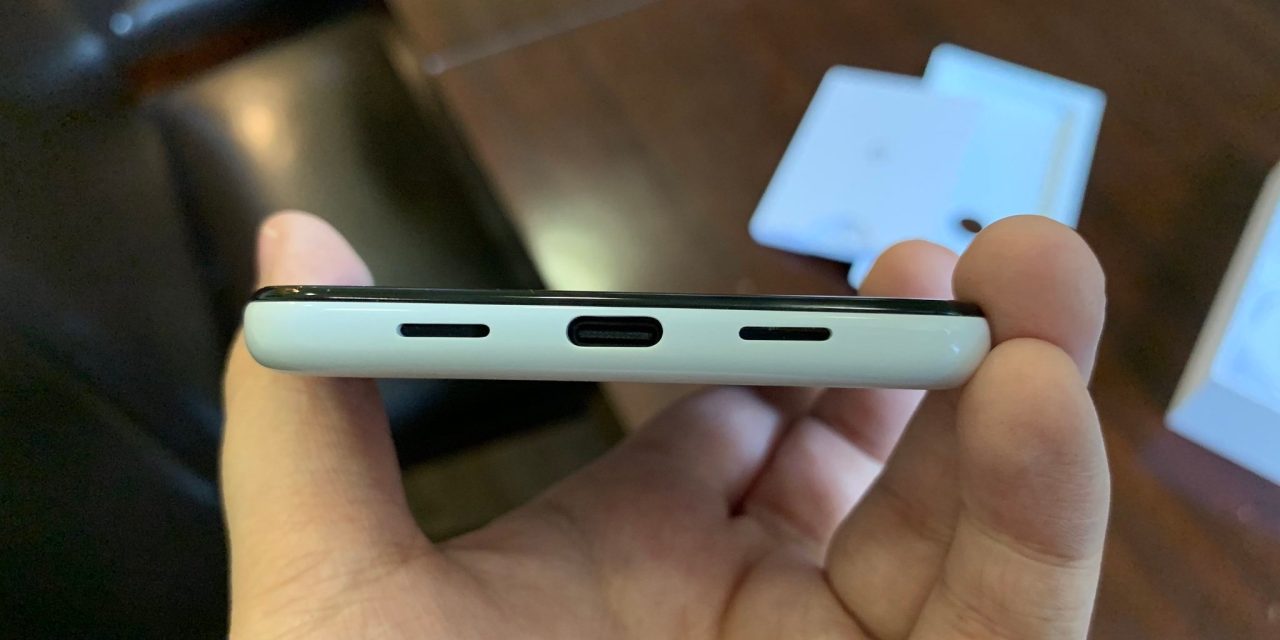 With any at scale and closely watched hardware launch, hardware defects and other problems will come to light as more people receive devices. For example, some Pixel 3a owners over the weekend reported random shutdowns, while others are now encountering crooked cutouts for the USB-C and speaker grill.

Erica Griffin this evening shared a picture on Twitter of a hardware defect with her Pixel 3a. The cutout for the USB-C port is not aligned with the actual connector. Similarly, the bottom speaker and microphone holes are also crooked.

In relation to each other, all three cutouts appear to be properly aligned. However, in relation to the polycarbonate unibody (namely the edge that meets the screen), it’s clear that the cutouts are tilted to the upper right.

This appears to be a new Clearly White Pixel 3a out of the box. Given this misalignment. it’s not clear if a USB-C cable can be properly plugged in to charge the phone. A handful of Griffen’s followers are also reporting some degree of crookedness on their Made by Google phones, including the larger Pixel 3a XL.

Upon closer inspection, mine are ever so slightly off as well. Almost unnoticeable on my 3a XL. I had to pull out a straight edge to be certain.

However, if owners are only noticing this problem now, it likely hasn’t impacted charging. For Google, this Pixel 3a crooked port issue is a wearisome development for manufacturing and quality assurance (QA).

It’s unclear if Google is accepting some cutout tolerance, but any fault where a USB-C cable cannot be plugged in — especially on a device without wireless charging — is absolutely detrimental to day-to-day usage. Google will likely replace a critical USB-C flaw, but other situations might vary.

my 3a has this too