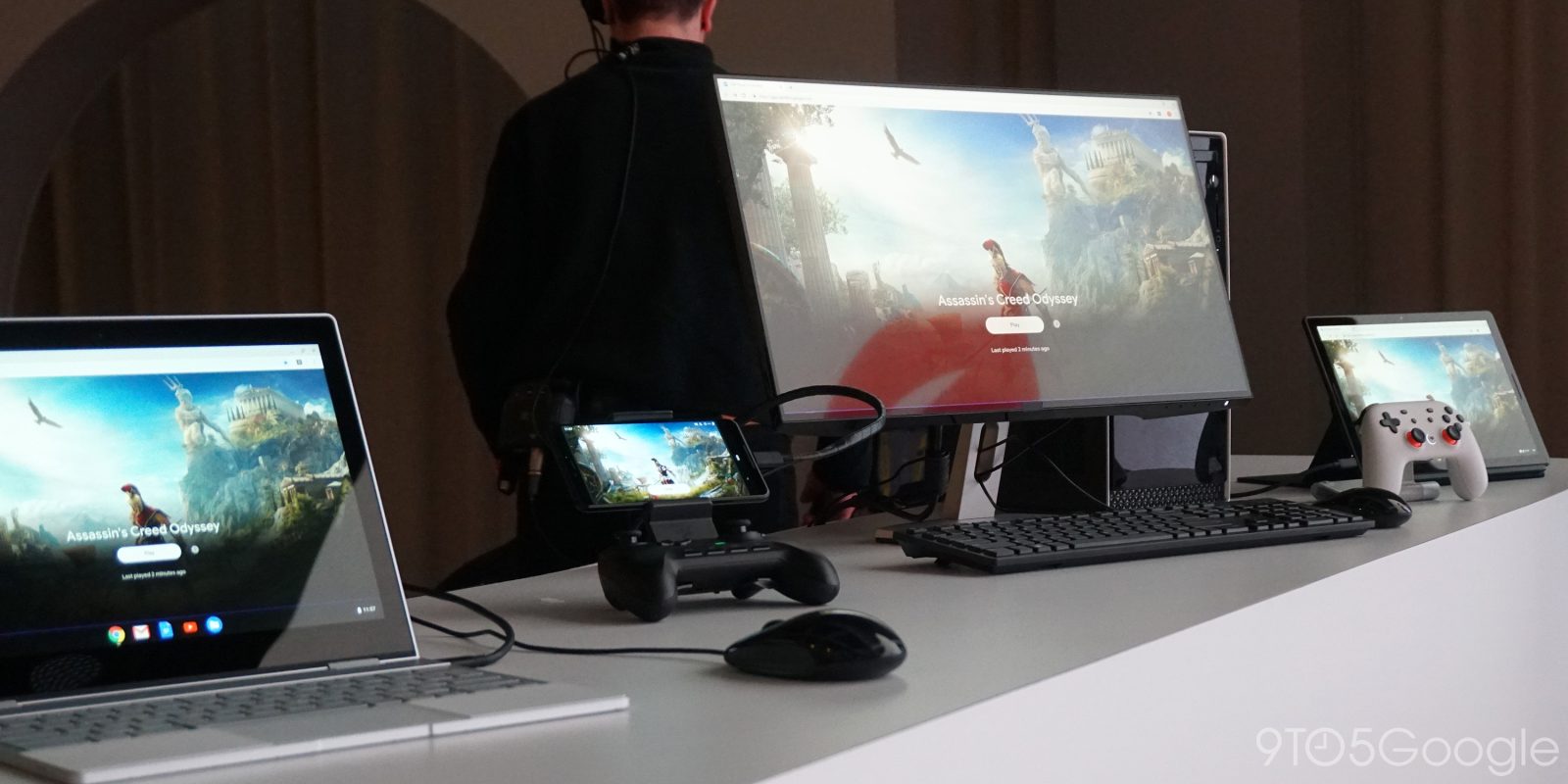 Google last month announced Stadia pricing, launch titles, and other details about how the streaming service works. An update to the official Stadia FAQ on July 3rd reveals even more about the Controller, local multiplayer, and how to redeem later this year.

The FAQ on Google Support now details the sign-up process for Stadia this coming November. A redemption code will be sent to the account used to purchase the Founder’s Edition. Once received, the Stadia redemption code can be used on a “different email account.” If you plan on gifting Stadia, you could just give that code out.

Is my Founder’s Edition purchase tied to the Google account that I used at time of purchase or can I switch accounts later?

You can use any personal Google Account when you sign up for Stadia. We’ll send your redemption code to the email address associated at the time of purchase. You can then use a different email account when redeeming your Stadia redemption code.

The updated page also touches on comments by Phil Harrison that games purchased on Stadia will always remain available to buyers.

What happens to a game I bought if the publisher stops supporting Stadia in the future? Can I still play the game?

Yes. Once you purchase the game, you own the right to play it. In the future, it is possible that some games may no longer be available for new purchases, but existing players will still be able to play the game. Outside of unforeseen circumstances, Stadia will aim to keep any previously purchased title available for gameplay.

Stadia opens up a world of possibility for multiplayer gaming, with the number of gamers being “dependent on the game you’re playing.” Additionally, a “Stadia account will support up to four Stadia controllers during local multiplayer game play.” This is especially useful for split-screen games, like Get Packed.

Another detail about the Stadia Controller is how it can be plugged into your computer, phone, and tablet over USB-C for a hardwired connection. Wi-Fi is otherwise used for gameplay, even on the two latter platforms. Bluetooth cannot be used as a direct, wireless connection between controllers and phones.

Will the Stadia Controller only connect via Bluetooth to phones and tablets or can you also connect via USB-C?

Speaking of mobile devices, Google has clarified that any tablet running Chrome OS will support Stadia at launch. Otherwise, on the go gameplay is still limited to the Pixel 3 and Pixel 3a.

Which mobile devices (tablets and phones) will support Stadia at launch?

At launch we will be supporting Pixel 3 and Pixel 3a (3a, 3a XL, 3, 3XL) phones for mobile gameplay, tablets running Chrome OS, and more devices will be made available in the future.

One of the last interesting additions to the FAQ is about whether Stadia will be compatible with Daydream or other VR headsets. Google’s reply leaves open the possibility for future developments, but nothing in the short-term.

At this time, we have no news to share regarding VR support on Stadia.