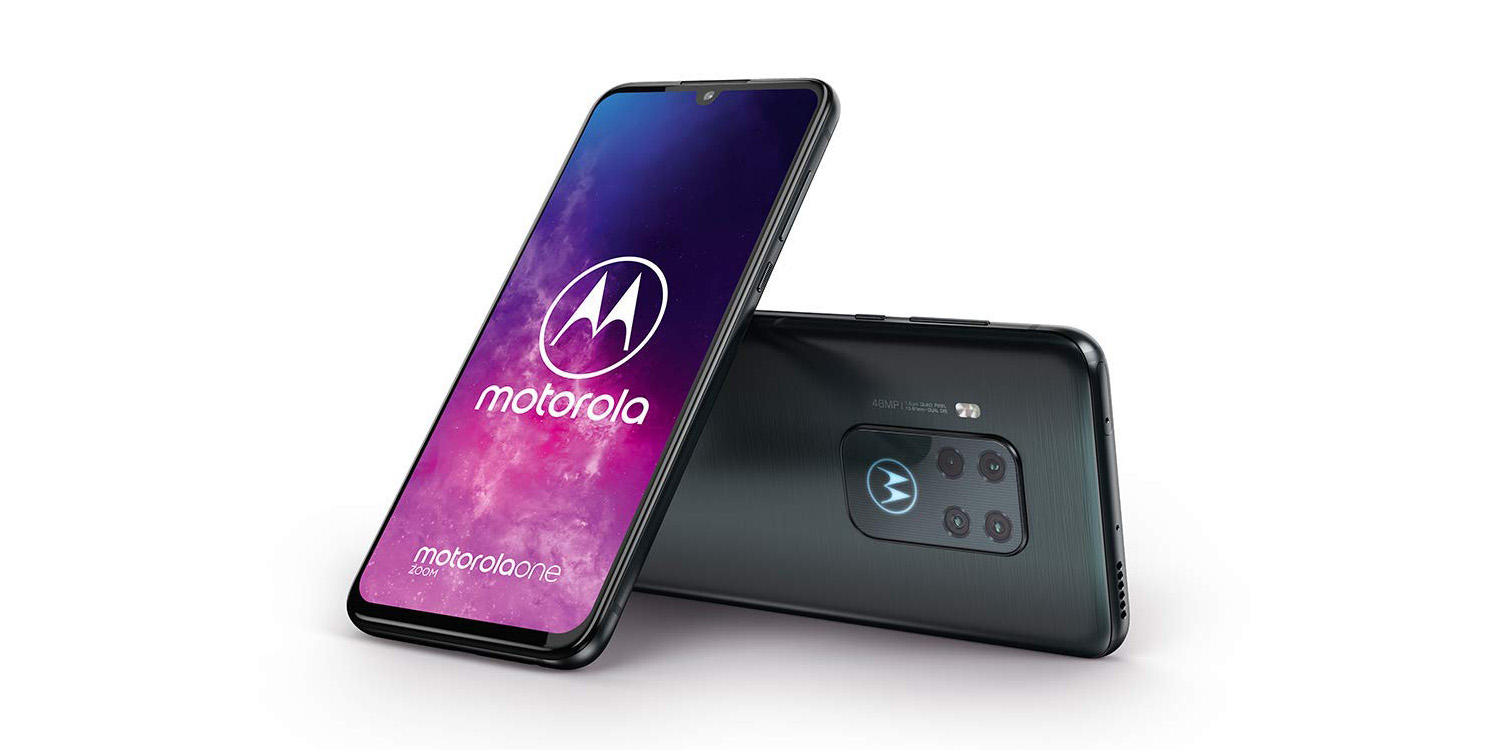 Thanks to a couple of well-known leakers, more details have surfaced regarding upcoming smartphones from Motorola. Apparently, the company has the Motorola One Zoom and Motorola One Pro coming up soon as variants of the same device, and several images and details have leaked out.

According to Roland Quandt and Evan Blass, there are two new Motorola devices coming to market which are based on the same device. The Motorola One Pro and Motorola One Zoom have both been shown off in recent leaks, the former of which is apparently an Android One smartphone.

Quandt details that the One Zoom will feature Alexa and other Amazon apps and services pre-loaded on the device, meaning it’ll at least have an Amazon-exclusive variant. For both devices, though, we can see a similar minimal-bezel design that sees four cameras on its rear. Apparently, the main camera will be a 48MP sensor, with ultra-wide and telephoto lenses helping the camera array be flexible. There’s also a visible Motorola logo underneath that camera array, and for whatever reason, it lights up.

In further tweets, a Snapdragon 675 processor is mentioned with 4GB of RAM and 128GB of storage. There’s also a microSD card slot and a price of 399 euros. Evan Blass further suggests that the Pro and Zoom are different models for different markets. It’s unknown if either of these devices will be coming to the United States, though.

Update 8/26: The folks from MySmartPrice have today released a couple more images of the Motorola One Zoom, this time showing the device in its golden color variant for the first time. These images further confirm the Amazon partnership with the Amazon Photos app visible on screen, as well as showing that fast charging will be supported.

Notably, these latest leaks line up with a set of leaked renders of the Motorola One Pro from early June. These latest leaks imply a launch is coming fairly soon, and a teaser from Motorola’s Brazil account hints at these new camera features. That event will apparently be on August 16th.