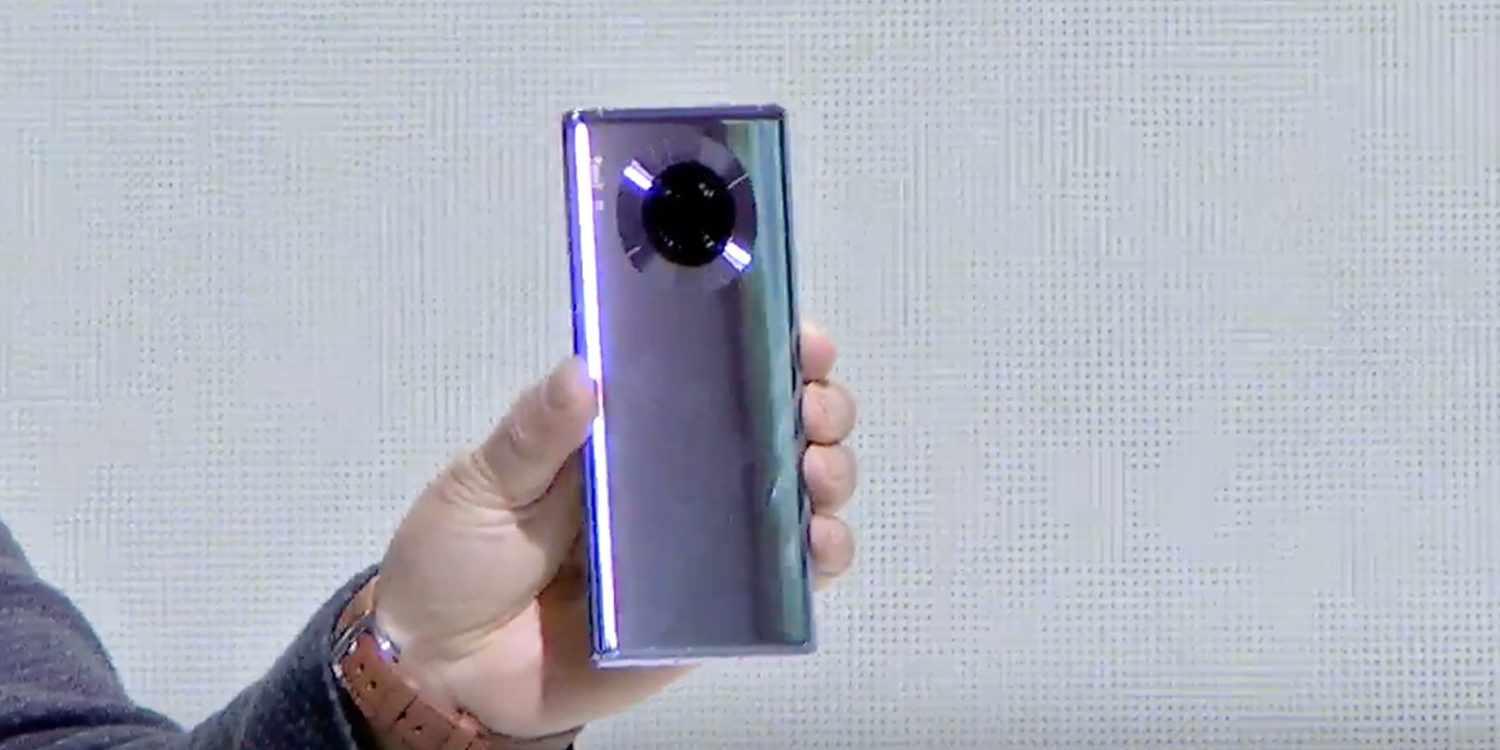 The Huawei Mate 30 Pro has now gone official with the troubled handset coming with a serious spec sheet that includes the Kirin 990 chipset, and a horizon display with 88-degree curves.

Obviously, the most notable aspect of the Chinese-made handset is the distinct lack of official access to Google apps and services. This is the first flagship to be released by Huawei since being blacklisted by the US government, therefore it is the first new release to explicitly come without access to common Google Play Services.

Side-loading these services is likely to be possible but it is unclear just how this will be possible for most non-techie buyers. The Huawei Mate 30 Pro does come EMUI 10, which is based upon the recently released Android 10. Although, as expected, this build does not come with any Google apps.

Software problems aside, the spec sheet will definitely entice, as the Mate 30 Pro comes with the brand new Kirin 990 chipset, with a 5G and 4G variant available for specific markets. It will also come with 8GB of RAM and storage is available in the 128 or 256GB flavor — which is expandable via the proprietary Huawei NM card.

Given the impressive battery life offered already by the current crop of Huawei handsets, the 4,500mAh cell inside the Mate 30 Pro should offer extensive longevity. 40W charging is included with superfast 27W wireless charging also supported by the flagship device.

The 6.53-inch FHD+ ‘horizon’ display has a resolution of 2400 x 1176 pixels and includes a vibrating screen for audio — very much like the P30 Pro uses. The edges are curved at 88-degrees, which might irk some who prefer flat displays. It has a notch with plenty of tech inside, which allows for 3D face unlocking and AR applications. An in-display fingerprint reader is also available if 3D face unlocking is not prefered.

At the rear, the circular camera module includes dual 40-megapixel sensors, one being a super-wide-angle movie lens with f/1.8 aperture, while the other is a wide-angle f/1.6 lens with OIS. The third lens is an 8-megapixel telephoto zoom lens at f/2.4 and includes OIS. A Time-of-Flight sensor is also included for better depth sensing.

Of course, the camera has some impressive capabilities. The headline addition is the new 7,680fps super slo-mo video recording at 720p. The Kirin 990 chipset now finally has support for 4K 60fps super smooth footage — which makes this the first Huawei device to support the high-refresh-rate UHD video mode.

At the front, the 32-megapixel selfie camera should offer impressive front-facing photo and video opportunities. There will also be support for AR photos and videos with the 3D camera tech included. That front-facing 3D camera also includes Soli-like air gestures to control app scrolling and is able to detect your eye movement and adjust screen orientation accordingly.

You’ll be able to pick up the Mate 30 Pro in a number of colors and finishes, with a Vegan leather-backed model being one of the few flagship phones to come with the certification while retaining an IP68 water and dust resistance rating. The Mate 30 Pro will be available in the following colors: Emerald Green, Space Silver, Cosmic Purple, Black, while Forest Green and Orange are available in vegan leather.

For the auto fans, there is also a Huawei Mate 30 Pro Porsche Design RS model available for those that desire a luxury smartphone. The red of black leather-backed device comes with 12GB of RAM, 512GB of internal NM-card expandable storage. It also comes with a unique Porsche Design theme and will carry an ultra-premium price-tag.