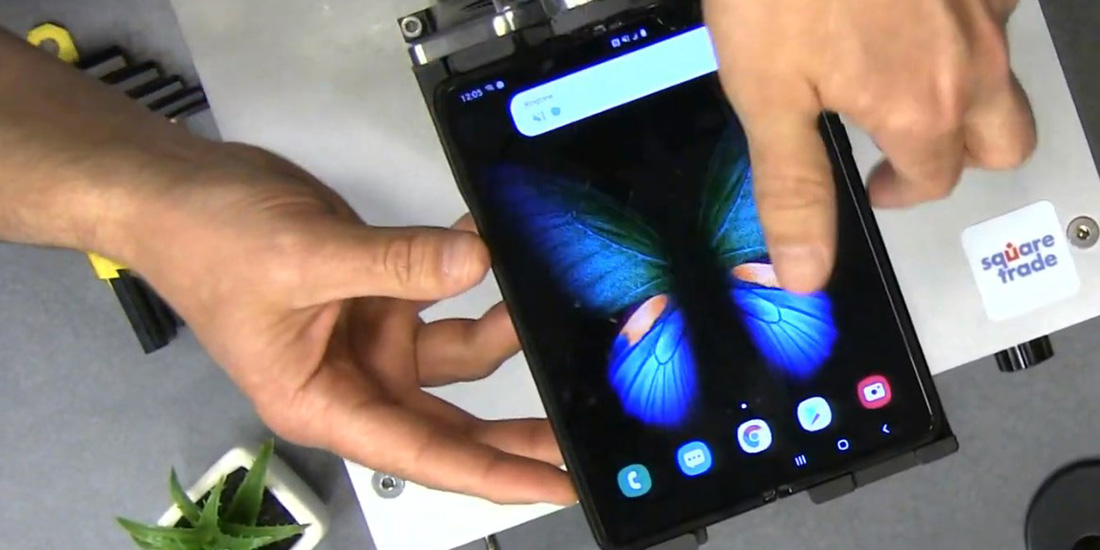 Samsung’s Galaxy Fold is a fragile device thanks to its display, but Samsung takes pride in the strength of its hinge. The company claims it will last 200,000 folds before the hinge breaks. How long will it really last? Let’s watch a robot repeatedly fold the Galaxy Fold until it dies in real-time.

CNET is livestreaming a Galaxy Fold torture test using a robot called “FoldBot,” which is built by SquareTrade. The robot quickly folds the phone over and over again — 150 times per minute — to see just how durable it is.

Samsung claims the Galaxy Fold will last around five years with 200,000 folds, but SquareTrade’s test was less than encouraging. After 10,000 folds, SquareTrade found no damage, but after about 18,000 folds there was some minor damage to the display. After hitting 40,000 folds, the device wasn’t properly working with its touchscreen, but it recovered after charging overnight. After 120,000 folds, the hinge function started to deteriorate.

Of course, the sheer speed of this machine is probably greatly accelerating issues with the hinge and the display. After all, it’s basically impossible for a human being to open and close the device this quickly.

Still, it should be fun to see how the Galaxy Fold will hold up in this test. You can tune in below on YouTube. At the time of writing, we’ve just passed 12,000 folds. How long do you think it will last?

Update 10/4: While it wasn’t on the stream for whatever reason, the Galaxy Fold being tested out here died at roughly 120,000 folds. Just like in SquareTrade’s test, the device’s hinge started to deteriorate and half of the inner folding display stopped working entirely. As noted earlier, though, this test greatly exaggerates how the average person would use their Galaxy Fold.

119,380 folds in, we've lost half of the screen and the hinge has lots its satisfying snappiness. Keep watching here: https://t.co/VupObDxttw pic.twitter.com/Z627VRfpWR