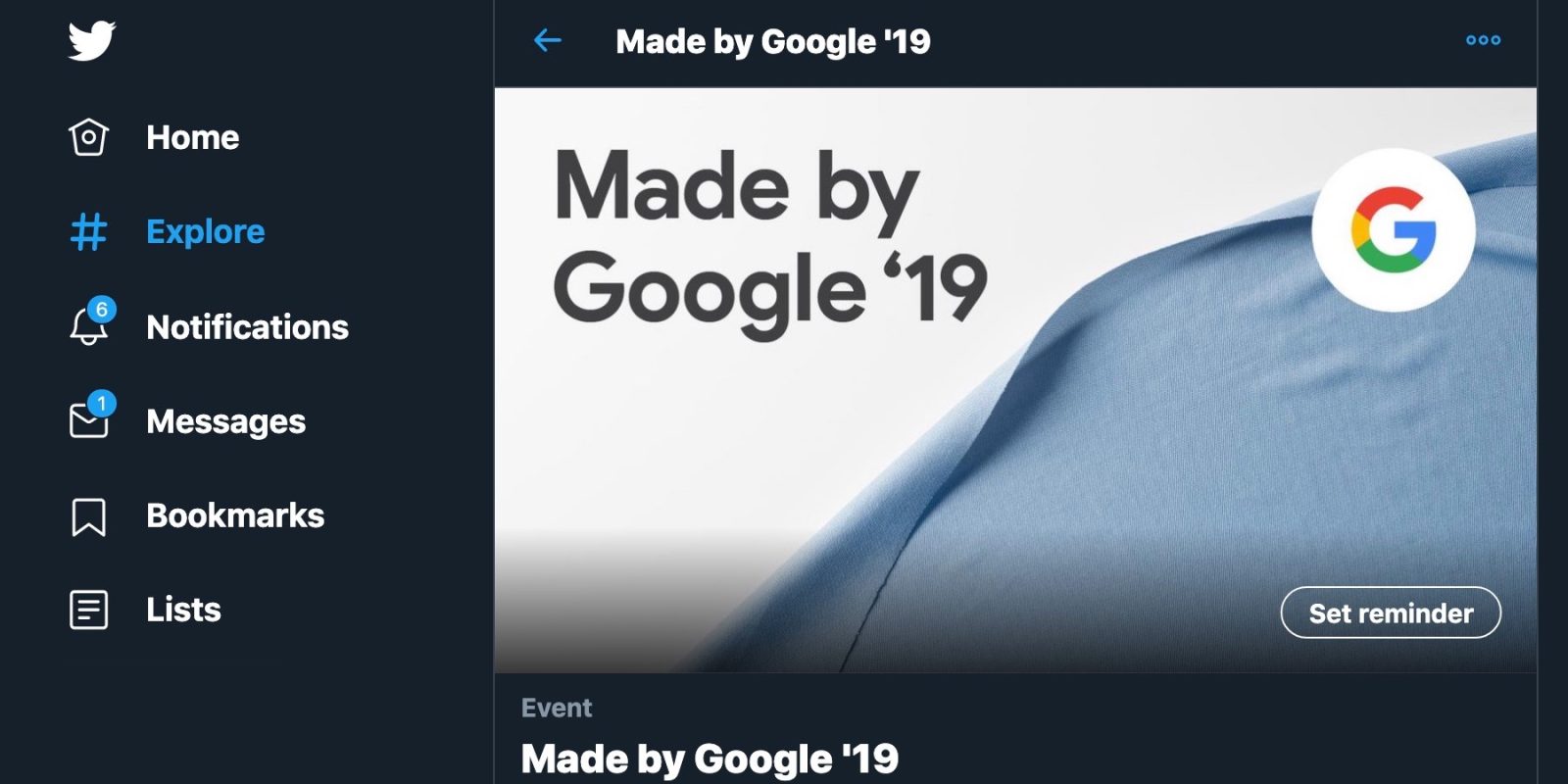 Google’s yearly hardware event kicks off next week. In addition to a YouTube livestream, the Made by Google keynote will also be available to stream directly on Twitter.

The YouTube hosting option was announced with the event last month, and that livestream has been scheduled since then. Made by Google today announced that the show will also be available directly on Twitter.

Like last year, this Twitter event can be watched alongside live tweets that feature #madebygoogle. The compose field below the livestream will automatically append your tweet with that hashtag. This page also lets you set a reminder for the Made by Google Twitter stream.

It features a generic cover image for “Made by Google ’19” with a blue piece of fabric rippling in the background and the ‘G’ logo in the top-right corner. The tagline remains a similar “see a few new helpful things #madebygoogle,” with the keynote going live at October 15th at 10 am ET. Compared to last year, this is one hour earlier to the detriment of those on the West Coast.

Google also took the opportunity to further tease the Oh So Orange Pixel 4 and Pixel 4 XL. An image tweeted today shows a Googler holding up an orange/coral card or possibly piece of glass. Besides several leaks, Google had a billboard in Times Square showing that color variant to advertise next week’s event.

Physical objects found in the real world lend themselves to functional design and natural progress. See if you can spot our designers’ inspiration in the latest #madebygoogle lineup on October 15.

In addition to the Pixel 4 and Pixel 4 XL, Made by Google 2019 should also see the launch of a 2nd generation Nest Mini smart speaker, new Nest Wifi, and Pixelbook Go, as well as updated Pixel Buds. Be sure to check out our full roundup for all the details.

9to5Google will be live in New York City to cover all the announcements, so stay tuned!