Google today is detailing its US office and data center investments for 2020. The company will spend over $10 billion across the country in 11 states.

An opportunity to emphasize its contribution and impact on the country, Google touts how thousands of new jobs will be created.

These investments will create thousands of jobs—including roles within Google, construction jobs in data centers and renewable energy facilities, and opportunities in local businesses in surrounding towns and communities. 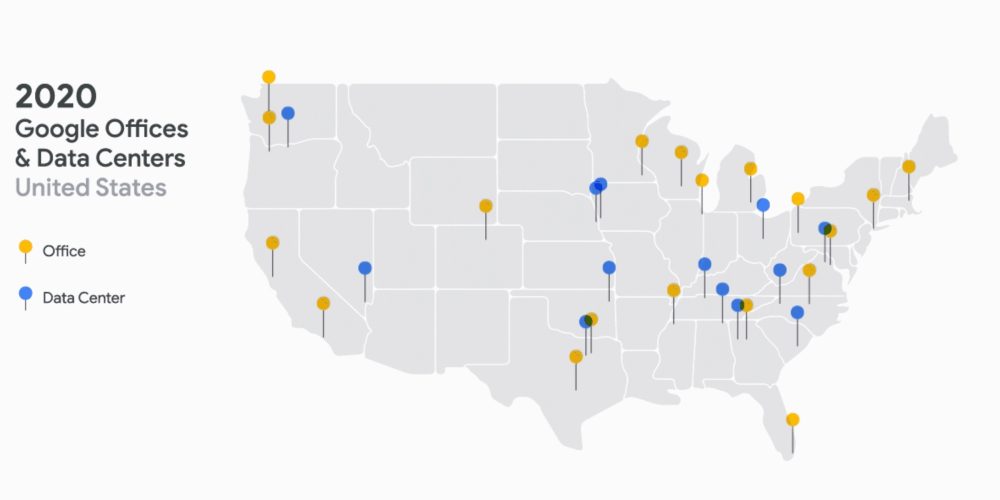 The Midwest sees additional investments in Google’s Detroit offices, while there will be a new data center in Ohio and expansion in Iowa is expected to finish. Meanwhile, a Google Cloud office just opened in Chicago, while the Madison, Wisconsin office was recently expanded.

Central expansion sees Google double its workforce in Colorado — specifically Boulder — over the next two years. Data centers in Nebraska and Oklahoma will also grow.

On the East Coast, Google will start moving into its Hudson Square campus, with the New York City site expected to double the local employee count by 2028. The company is also expanding its Pittsburg office and constructing a bigger one in Cambridge, Massachusetts.

Lastly, the West Coast sees a larger Google Cloud campus in Seattle and a major development in Kirkland is set to open this year. Office and data center investments in Oregon are touted, while new locations in Los Angeles and the Bay Area are underway.