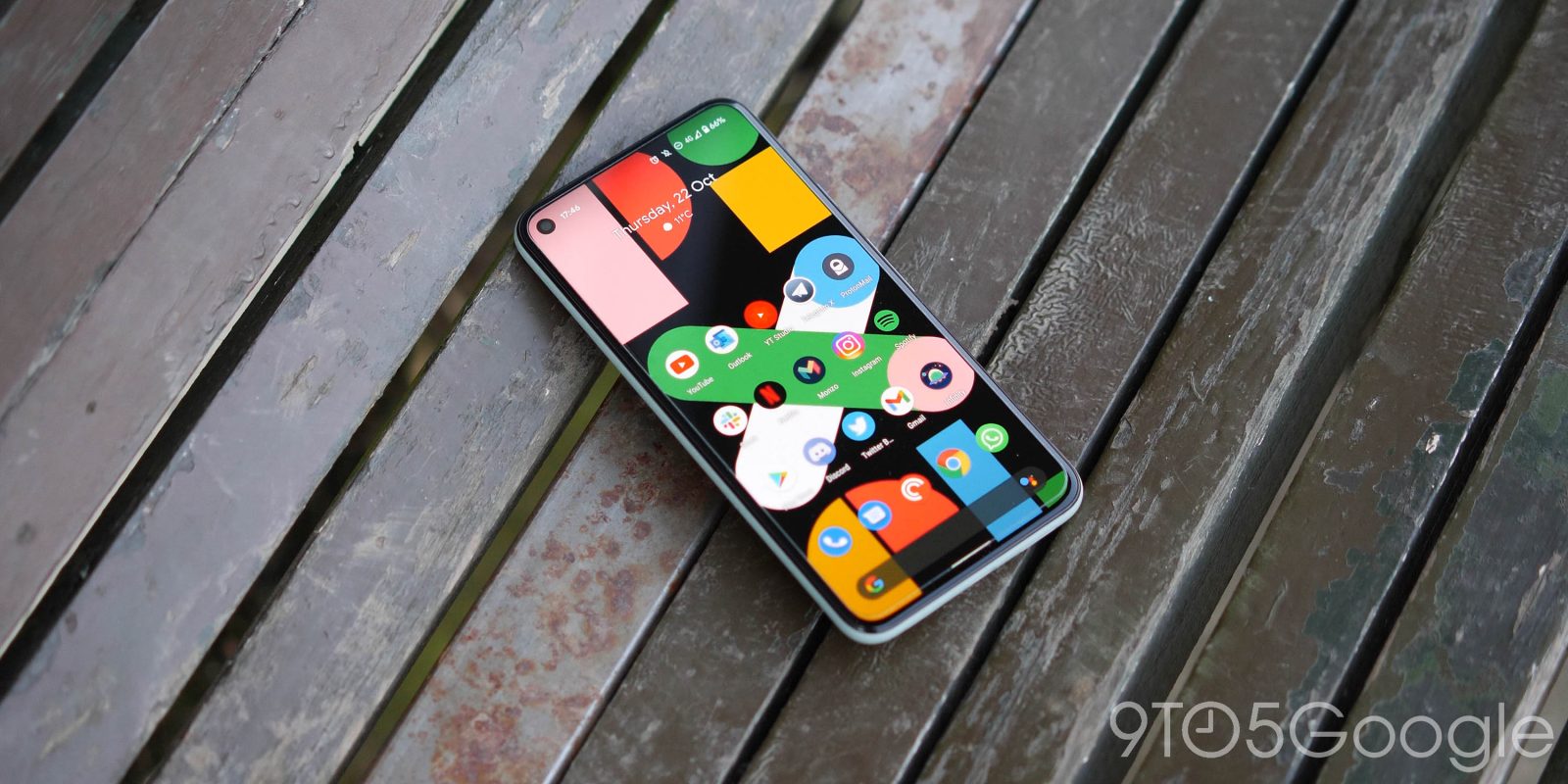 In this week’s top stories: the Pixel 5 gets off to a rocky start with potential design flaws and an unexpected “flashing dot,” we share our thoughts on the new Chromecast with Google TV, the new Google Workspace icons begin appearing, and more.

While the Pixel 5 doesn’t reach US buyers for another week, some early adopters of the phone around the world have already begun to find issues with Google’s latest phone. The first appears to be an issue in the production process that leaves a fairly significant gap between the glass touchscreen and the aluminum/resin body.

Given the Pixel 5 just hit the market last week and isn’t even on sale everywhere yet, it’s hard to judge how widespread this is. From the looks of it, the “Just Black” model seems more likely to have the issue, but our unit is the Sorta Sage so your results may vary.

So far, Google has not commented on this situation.

In a similar vein, folks who copied their settings from an early device over to the Pixel 5 have found that the phone has a small blinking light under the display. Luckily, this appears to solely be a software issue, and our Damien Wilde has found and shared a pair of fixes that should keep this little light from blinking unwantedly.

The death of notification LEDs is one that many of us lament but with the Pixel 5, there is another annoying flashing status bar light or “dot” that early adopters are already complaining about. Do not worry though, there is a simple fix to stop it from ruining your day.

Earlier this month, Google formally announced that G Suite would be becoming “Google Workspace,” and with that rebranding, almost all associated apps would be getting new icons. Over the past few weeks, those new icons have been appearing in their respective apps, and this week the rollout has kicked into high gear.

On Android, there is a big change that sees the entire page shape being placed against a white background. The apps previously used full-width launcher icons. So far, Google Docs and Sheets have adopted the new design with version 1.20.422.01.

Elsewhere in Made by Google hardware, the new Chromecast with Google TV has been out for a few weeks now, and our Ben Schoon took the time to gather his thoughts on the new device. The overall takeaway, setting aside the various improvements of the hardware, is that Google TV is currently the best way to sensibly manage the ever increasing numbers of streaming services in the world.

2020 has been quite a year, but outside of the obvious things, it’s also been notable for the barrage of streaming services that have changed how we consume TV shows and movies online. There have been perks, sure, but it’s only made finding our favorite content more confusing. In steps Google with its new watchlist feature, a new platform, and a brand-new piece of hardware to watch it all on — Chromecast with Google TV.

During the Pixel 5’s Launch Night In event, Google shared a new “Portrait Light” feature for Google Photos amongst the various camera improvements for the phone. This week, Portrait Light began appearing within the new Google Photos editor on older Pixel devices, though seemingly only in photos of people.

So far, the feature has been confirmed to show up on Google Photos v5.15.0.337400196 on Pixel 2 XL, Pixel 3a, Pixel 4a, and Pixel 4 XL models. The server-side rollout seems to still be ongoing, but there’s a good chance it’s already live on your device. Let us know in the comments if it’s live for you.

In Google Assistant news, a new work-in-progress feature codenamed “Blue Steel” has been uncovered and demonstrated on the Nest Hub Max. In the demo video, we’re told that the smart display is detecting a person’s presence — most likely via ultrasonic sensing — and triggering the Google Assistant without needing to say “Hey Google.”

Another possibility is the camera on the Nest Hub Max, which today recognizes when users hold up their palm in order to pause playback. This theory — where the camera is looking for your face before listening — is also backed up by the codename. Blue Steel is a reference to Zoolander where Ben Stiller’s character has an iconic look.