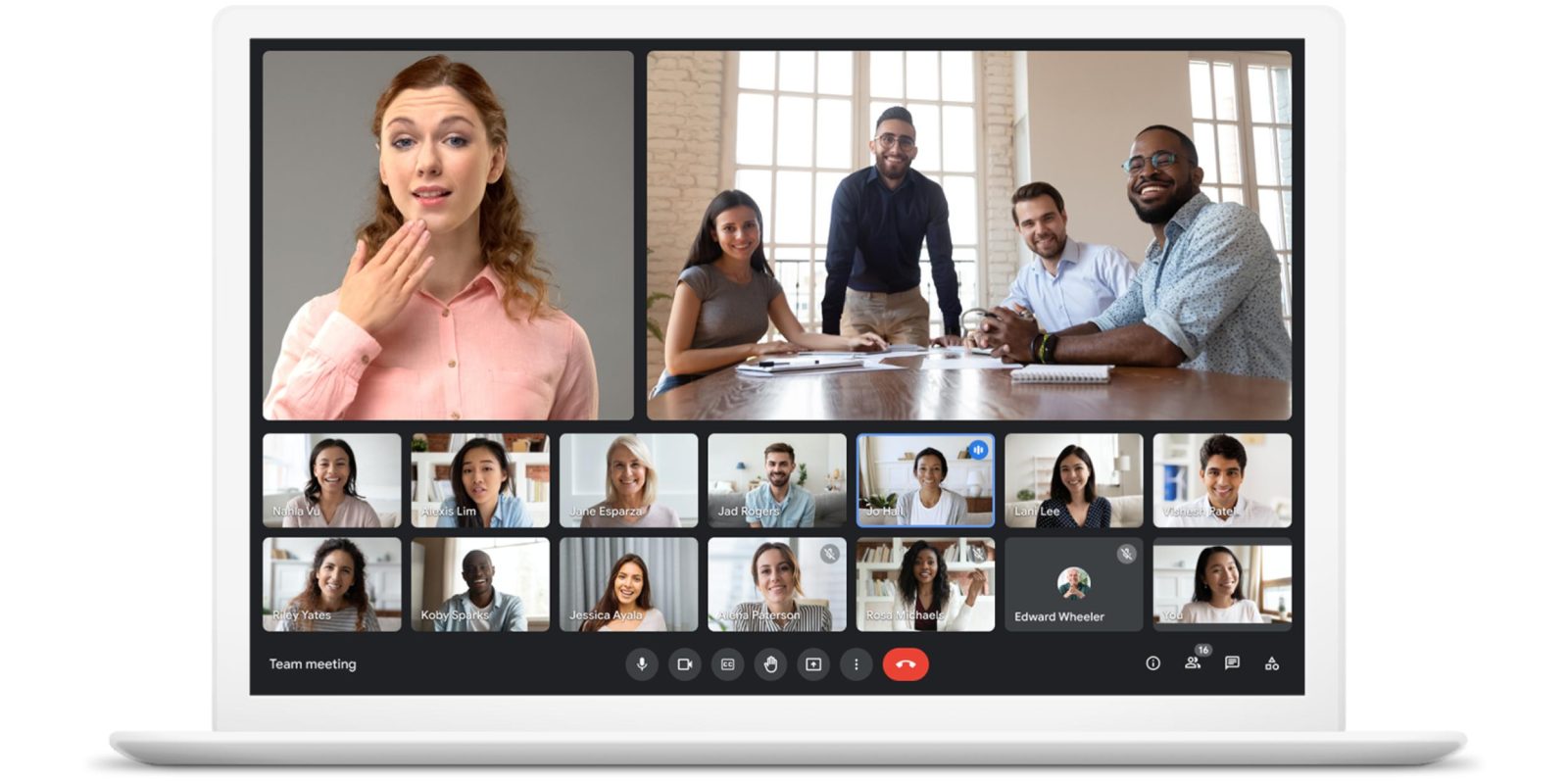 With hybrid work expected to become the norm, Google Workspace today announced a slew of upcoming features for its video conferencing service. Google Meet will see a new, “richer” laptop and desktop UI next month, while a number of AI features are coming soon.

A new Google Meet web UI rolling out in May places key controls directly in the bottom bar, rather than requiring users to open various menus and pop-ups. Meeting dial-in codes, the participant list, chat, and attachments are now available in the bottom-right corner to create more vertical space. At center are shortcuts to mute the microphone, pause video, turn on captions, wave, and present. Next to the end call button is the overflow menu to access everything else.

The bottom bar is always visible so you’ll never have to miss out on captions or guess whether you’re on mute. We’ve also moved the leave call button away from the camera and microphone buttons to prevent accidental hang-ups.

Meanwhile, your video feed can now be just another tile in the grid, float around as a box that can be resized/repositioned, or hidden entirely as part of an upcoming setting that applies to all calls.

Presenters can now unpin their content to see other people on the call and gauge reactions, while the ability to pin multiple video feeds will be available in the coming months.

Aside from the new UI, Google Meet is introducing a Data Saver this month to limit usage on mobile networks. Following the Android and iOS apps, the coming weeks will see a light adjustment feature on the web to detect when a user is underexposed and enhance brightness.

Google Meet is also getting Autozoom. This feature leverages AI to “zoom in and position you squarely in front of your camera.”

If you move, Autozoom intelligently readjusts, so everyone in your team can stay focused on what matters. Autozoom will be available to Google Workspace (paid) subscribers in the coming months.

The last upcoming feature is fun video background replacements to compliment stills. At launch, there will be classroom, party, and forest backdrops with more coming.