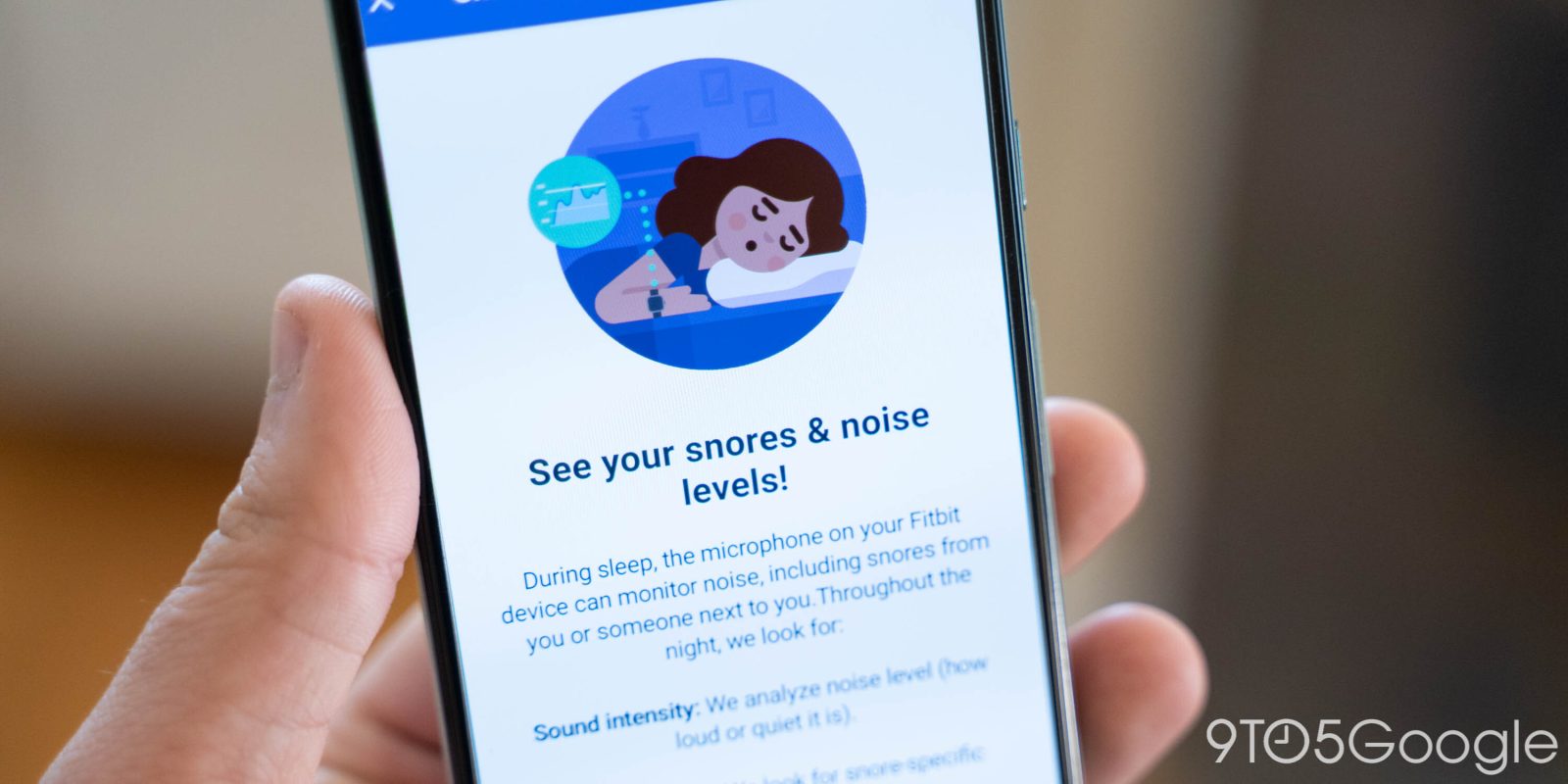 The latest update to the Fitbit app contains the beginnings of nighttime snoring and noise detection, along with a cute way to think about your sleeping habits.

Today, Fitbit offers a fairly straightforward sleep tracking system, using the fitness tracker on your wrist to measure how long your body is in each cycle of sleep based on things like your heart rate and movement. With Fitbit 3.42 rolling out today via the Play Store, Google’s acquired health app is preparing for the trackers to be used to help determine why you might not be sleeping well or feeling unrested in the morning.

With “Snore & Noise Detect” enabled, your Fitbit will turn its microphone on when it detects that you’ve fallen asleep, then begin listening to the ambient noise including your potential snoring.

How does Snore & Noise Detect work?

During sleep, the microphone on your Fitbit device can monitor noise, including snores from you or someone next to you. Throughout the night, we look for:

As you might expect, Fitbit has no way to know who is snoring, so if you have a partner who snores, know that their nighttime sounds will be included in the detection mix. Fitbit will show you these results as a percentage, indicating how much of your night was spent snoring.

Keep in mind that this feature can detect snores from you or someone next to you. Here are the possible results you may see:

Disregarding any detected snores, your Fitbit will also be able to tell how loud the ambient noise is in your bedroom, on a scale of “Very quiet” to “Very loud.”

The Noise Level chart shows the volume in your sleeping environment including snoring and other ambient noise. This information comes from the acoustic pressure measured by the microphone on your Fitbit device. You may see:

If having your microphone listening constantly overnight sounds like it would be fairly demanding on your fitness tracker, you would be right. As such, Fitbit recommends charging your device above 40% before laying down, and they also explicitly note that using Snore & Noise Detect will cause you to need to charge your Fitbit more often.

For best results, we recommend you:

• Don’t play white noise or other ambient sounds during sleep.
• Charge your device to at least 40% before going to bed. Note that this feature requires more frequent charging.

As of today, “Snore & Noise Detect” is not widely available to use in the Fitbit app, but we were able to briefly enable the feature to at least set it up, though we’ve not yet been able to fully test it.

Fitbit is also working on another sleep-related feature, entitled “Your sleep animal.” Unlike snore detection, things seem to still be very early in development as most of the relevant text is currently a placeholder. That said, there are quite a few sleeping profiles in the app, between straightforward descriptions and cute animal comparisons.