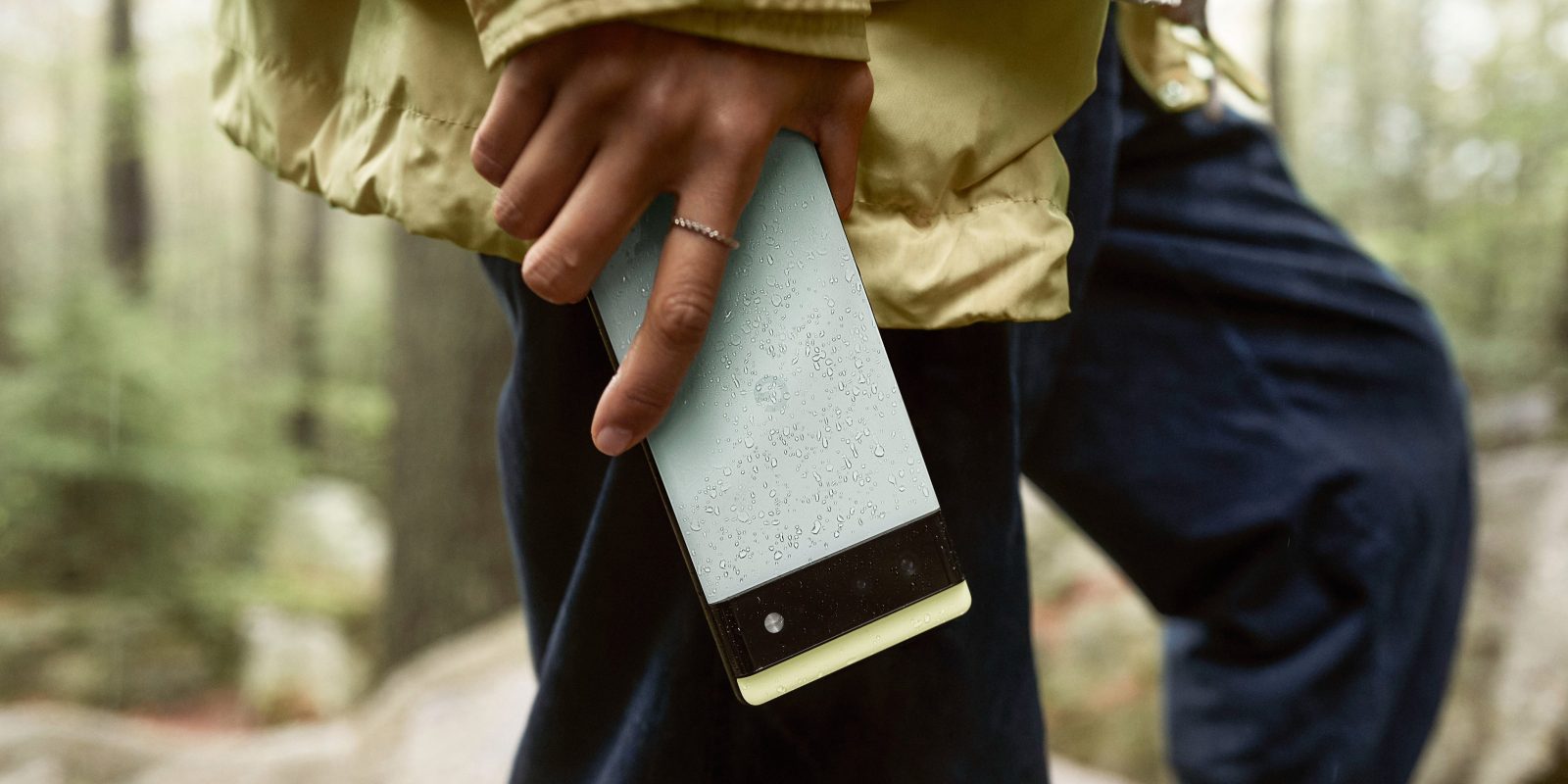 Seemingly to outdo itself from two years ago, Google today announced the Pixel 6 and Pixel 6 Pro in an early teaser well ahead of the formal launch later this year. While Google is keeping some specifics close to its chest, we’re getting a pretty good idea of what the Pixel 6 specs will bring to the table.

This article will be continuously updated as more information on Pixel 6 specs are confirmed. See below for a list of changes in the last update.

To kick things off, let’s talk about the biggest thing these phones have in common. Under the hood, they’re both using the “Google Tensor” chipset that was formerly known as “Whitechapel.” The chip is designed by Google and is rumored to be produced by Samsung.

Google is not offering up much as far as performance metrics right now, but there are some hints. Speaking to the Verge, Rick Osterloh said that the CPU and GPU in Tensor should be “market-leading.” He further points to the chip’s improvements that are specific to Google’s own phones, saying.

The standard stuff people look at will be very competitive and the AI stuff will be totally differentiated.

In a description on the Google Store, the company further teases:

It’s the brand new chip designed by Google, custom-made for Pixel. It helps make Pixel 6 and Pixel 6 Pro the fastest, smartest, and most secure Pixel phones yet.

In the lead-up to the chip’s arrival in Pixel 6, more details have come to light. An early benchmark provided a glimpse into the design, showing that it may come with an unorthodox layout with two Cortex-X1 cores, two Cortex-A76 cores, and four Cortex-A55 cores. As our Kyle Bradshaw explains, this means the chip could be slightly less powerful compared to the Snapdragon 888 found in most Android flagships. Benchmarks with a leaked Pixel 6 Pro show the device falling just short of the 888 in tests compared with the S21 Ultra and ZenFone 8.

Google has officially teased that the chip will be “80% more powerful” than the Pixel 5’s Snapdragon 765.

Google will be releasing two phones, the Pixel 6 and the Pixel 6 Pro. Starting with the “smaller” model, this device will offer a 6.4-inch display. That panel will be 1080p in resolution, offer a 90Hz refresh rate, and have a “perfectly flat” panel of glass on top. There will also be an under-display fingerprint sensor.

As far as the hardware goes, the phone will have metal rails that are coated in a matte texture similar to the Pixel 4 series. Rick Osterloh also confirmed that the battery life target is “all day.” Pixel 6 will also only have two rear cameras, one 50MP standard lens and another 12MP ultrawide with no telephoto to speak of.

Further leaks of the Pixel 6 have dialed in more specs that can be confirmed. The battery, for instance, is a 4,614mAh cell. Another leak pinned the color names as “Kinda Coral,” “Sorta Seafoam,” and “Stormy Black.” Storage is also detailed as 128GB or 256GB on this model, and a marketing site divulged yet more details.

When it comes to the camera situation, Google’s “smaller” Pixel 6 will have just two rear cameras, a standard wide lens and an ultrawide. While that means zoom will not be ideal, the 50MP sensor may appear according to the latest Android 12 Beta.

The Pixel 6 Pro, meanwhile, supercharges a couple of key areas.

Starting with the display, the panel here is larger at 6.7 inches. It also carries a faster 120Hz refresh rate, a higher resolution, and has curved glass along the top. The curve is described as “very slight” into the aluminum rails. As with the smaller model, an under-display fingerprint sensor is being used.

The hardware will see the metal rails along the side polished instead of a matte texture and the colorways are also more subdued. Leaked color names include “Sorta Sunny,” “Cloudy White,” and “Stormy Black.” Some more concrete rumors in recent weeks have also seemingly confirmed a 5,000 mAh battery and charging speeds of 30W over a USB-C cable Meanwhile, wireless charging can hit 23W. The cameras also include a 50MP primary sensor, 12MP ultrawide, and 48MP telephoto. A 94-degree FOV selfie camera was also recently confirmed. Storage will apparently be available in 128GB, 256GB, and 512GB tiers.

What else do we know about Pixel 6?

Beyond these mostly-confirmed specs, Google has mentioned some other details about the Pixel 6 and reports/rumors have also hinted at further details. A recent report confirmed the phone is being built in China, and it seems that Google will not be using a modem from Qualcomm as well based on the evidence we’ve found. The company also confirmed no charging brick will be included.

The Pixel 6 and Pixel 6 Pro will be officially announced next week on October 19, but a firm release date has not yet been announced. Retail leaks point to shipments around October 28. Google is telling suppliers to prepare for the highest demand the Pixel line has ever seen. Pricing for the Pixel 6 lineup is expected to start at $599 in the US.