Comment: A Pixel handheld could kick off the portable Android gaming revolution 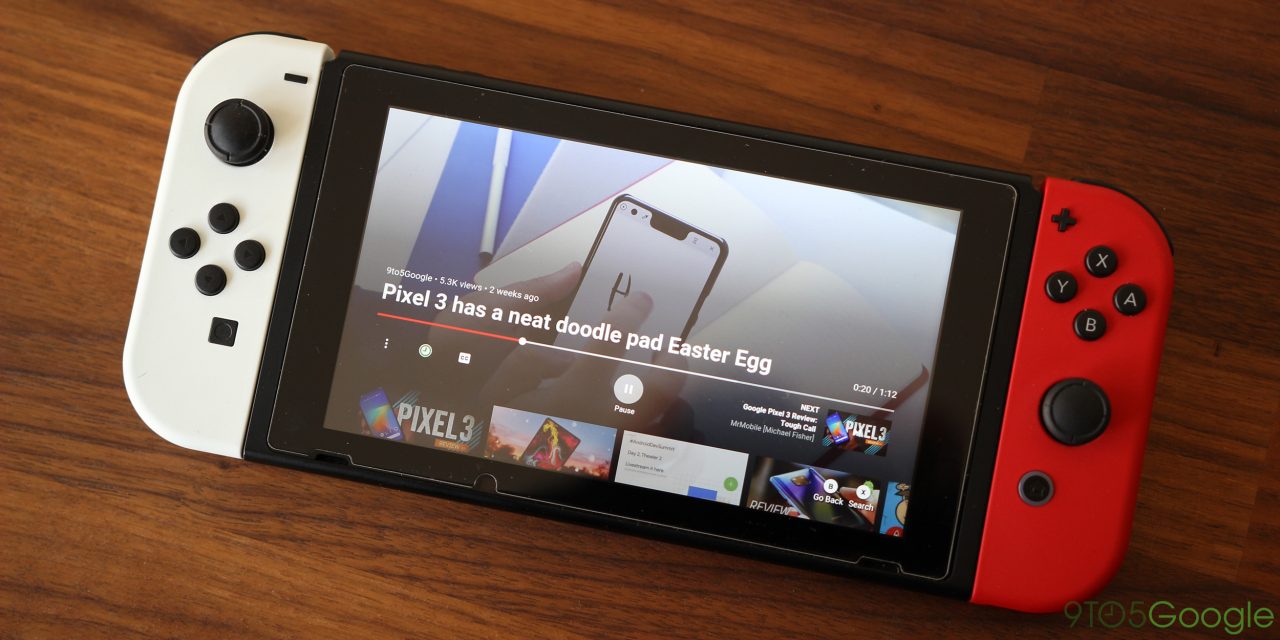 Over the last few years, Google has taken an interesting, yet scattered strategy to gaming. I believe that a dedicated handheld device for Android gaming could be just what Google needs to unify its gaming ambitions.

At the moment, in true Google fashion, Google is pursuing two different avenues to reaching the gamer market. On the one hand, you have the seasoned market of Android games. While it’s easy to point to a few examples and suggest that all mobile games are ad-filled junk, there is simultaneously a glut of excellent indie and high-budget games playable on Android.

Whichever side of the mobile gaming spectrum you’re on, Google is pushing for more ways to enjoy your favorite titles everywhere and discovery opportunities to find new favorites. Through the upcoming Google Play Games app for PC, you should be able to easily move from playing on your phone/tablet to a Windows computer. Meanwhile, the Google Play Pass subscription opens a wealth of Android games without needing to commit the full purchase price for any one game.

On the other hand, you’ve got Stadia, Google’s beleaguered service that can play AAA games on almost any device. While the service isn’t pursuing exclusive games the way that it once was, it’s clear that Google has an interest in appealing to the “hardcore” gamer — or perhaps even introducing more crossover between mobile and “hardcore” gaming.

The unifying thread between Google’s gaming ambitions is Android. Most of the best mobile games are playable on Android (the key exceptions being Apple Arcade exclusives), as are higher budget games through cloud gaming services like Stadia and GeForce Now. Judging from the company’s recently leaked Games Future presentation, Google wants to be an active part of gaming going forward, with Android at the center.

Earlier this year, Android 12 introduced a Game Dashboard (debuting on the Pixel 6), which offers gamers quick access to YouTube Live streaming, a frames-per-second counter, and game-specific & device-specific optimizations. Developers are now able to make their games run better on specific devices, as they see fit.

Given Google’s recent pushes into gaming, I believe there’s an opportunity for the company to introduce a dedicated gaming handheld. Not simply a Pixel phone with a controller attached, but something closer to the Nintendo Switch or Steam Deck that runs Android under the hood. If done right, it could drive other brands toward making competing Android gaming handhelds.

One of the issues with Stadia was (or perhaps still is) that as a new platform from a company with no existing clout in the gaming community, games needed to be specially developed for Stadia. By comparison, Android has a massive existing library of games in the Play Store ready to bootstrap a new handheld. Google Play Pass is even already established as a loose competitor to Xbox Game Pass.

On the flip side, a Made by Google gaming handheld would also be an excellent device on which to play Stadia games. The Stadia experience on Android has really stepped up over the last year, especially with the addition of voice and party chat, a long missing feature.

What a Google handheld could bring

So what could a Made by Google or Pixel-branded gaming handheld look like? Well, between Stadia’s controller-centric approach, and the push to bring Play Games to Windows (meaning a keyboard or controller focus), it’s clear enough that Google isn’t prioritizing touch-based games. So while a handheld would likely still have a touchscreen, the focus would probably be on using a controller.

That said, considering how many games on Android are played in portrait instead of landscape, Google’s gaming handheld would likely need to have detachable controllers to make it less awkward to hold vertically. In fact, we’ve already seen signs of Google preparing detachable game controllers for Android thanks to a graphic in the Games Future presentation. Like the Nintendo Switch, this would also allow for the controllers to be replaced and even let you play wirelessly.

To that end, to be competitive with the Nintendo Switch, Steam Deck, and even Qualcomm’s new developer kit, a Made by Google gaming handheld would also need to be able to “dock” and connect to a TV. This would be a significant change over the Pixel line today, which has up to this point always disabled all HDMI-out capabilities of the USB-C port.

What Android was meant to be

One of the ambitions of Android was to have multiple companies offer mobile devices that use the same core operating system, each company using tweaks of its own. While things have dwindled down a bit in recent years, there is still healthy competition between Samsung, OnePlus, Motorola, Xiaomi, and others. With the Nexus and Pixel lines, Google has driven what Android phones — and, at one time, tablets — should be, pushing other companies to make devices that were more competitive for customers.

In a similar fashion, dedicated Android gaming devices have existed for years, with memorable examples like the Sony Xperia Play, the original Nvidia Shield portable, and the Ouya console. Not to mention the wealth of Android-powered gaming devices from lesser-known OEMs and startups. Most recently, Qualcomm has even stepped into the ring with the Snapdragon G3x Handheld Gaming Developer Kit, designed with Razer.

Gaming could very well be the next big frontier for Android, with more companies entering the fray. Up until now, the gaming industry has been centered around a select few hardware companies like Microsoft, Sony, and Nintendo. With Android, more companies could enter the game console market, all sharing a common game library via the Google Play Store and cloud services. And following the pattern of the Pixel line, a Made by Google gaming handheld could serve as the showcase to what Android gaming should be.

Simply put, if Google can recapture the magic of the Nintendo Switch — a task that many companies are now trying their hand at — combined with the existing wealth of native Android games and cloud streaming services, other companies would undoubtedly follow suit. Even if Google’s own hardware never quite takes off, but other companies do succeed instead, that could still make Android a major gaming platform, which would be a significant win for Google.