For the past several years, Google has been making a big push to get developers to optimize their apps for large screens, including Chrome OS. The latest example sees Evernote update its Android app for Chromebooks. 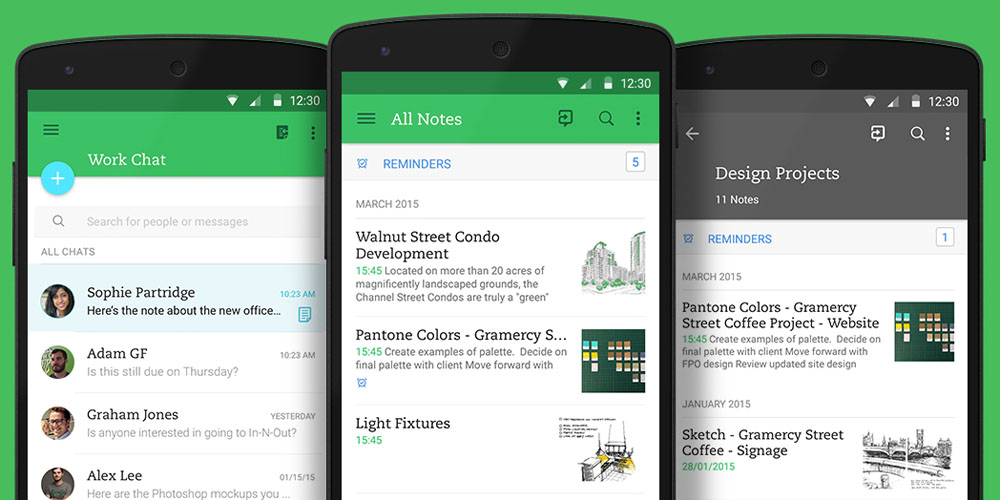 Evernote has now reversed a controversial change to its privacy policy after an earlier attempt at reassurance failed. In a new blog post, Evernote said that allowing engineers to read notes as part of its machine-learning efforts will now be on an opt-in basis.

An updated privacy policy caused concern when the company stated that machine-learning efforts would be checked by allowing engineers to read notes. The company said that customers would be able to opt-out of this if they wished, but it would otherwise assume permission …

END_OF_DOCUMENT_TOKEN_TO_BE_REPLACED

If you’re not interested in potentially sharing the content of your notes with Evernote employees, then your only option will be to leave the service, because you can’t opt out. While it appears that this policy has already been in motion for some time now, an upcoming January update to the privacy policy has placed a large spotlight on the issue.

Amazon has a history of offering Android users solid deals on apps and services, and now the company is giving Android users 50 percent off a year of Evernote Premium. The offer is exclusive to Amazon customers and available until this Wednesday, October 26th.

END_OF_DOCUMENT_TOKEN_TO_BE_REPLACED

Some people heavily rely on Evernote to take notes and keep track of tasks. With a new Google Drive integration, Evernote users will be able to add Docs, Slides, and Sheets into notes and quickly search for files stored in their Drive.

If there is one thing we learned from CEO Satya Nadella’s corporate restructuring of Microsoft over the last couple of years, it’s that he wants its services to be everywhere. And that doesn’t just mean apps like those in Office 365‘s suite keeping your productivity up even on non-Windows systems, but something that aims at a much deeper integration.

With today’s update rolling out for iOS and Android, the Outlook app is adding what the company calls “Calendar Apps”. While you could already see your calendar from within the dedicated tab inside the app, the new addition — which likely comes from the Sunrise acquisition — will allow services like Evernote, Facebook and Wunderlist to integrate as well…

END_OF_DOCUMENT_TOKEN_TO_BE_REPLACED

Evernote, which previously offered only a free Basic membership or a $50/year Premium one, has now added a middle tier. The new Evernote Plus subscription offers many of the premium features for half-price, at $25/year. The catch? Limits to the amount of data you can add to Evernote.

Evernote Plus limits you to 1GB/month total, a maximum note size of 50MB and no more than 250 emails per month – and you’ll be missing out on a few features, like the ability to search inside PDFs and Office documents. The full comparison chart can be found here.

Evernote has also increased Premium prices in some regions, including the U.S. if you pay monthly, up to $5.99/month. However, the company says that it has locked in existing pricing for current subscribers.

If you’re currently paying and the price of Premium went up in your region, then we’ve locked you into your rate for a year, or more. As long as you continue in your current plan, your price will adjust at your first renewal after April 29, 2016.

Finally, some regions have seen a price fall, and the company’s FAQ explains how to switch to the lower price.

Evernote for Android updated with business card scanning and more

In addition to a major update to its OS X app, Evernote is also now rolling out an update to its Android client. The update brings a handful of new features, the most notable of which is the ability to scan business cards into the app. The process is incredibly simple and involves just taking a picture of a business card. The Evernote app will then auto-populate all of the appropriate contact fields.

The online blogging and content creation platform Squarespace launched two new apps for Android this afternoon. Starting today, Squarespace Note and Squarespace Note are both available on the Play Store. For those unfamiliar, Squarespace is a service that features website building, hosting, and blogging capabilities for a monthly fee.

The Evernote Android app has been given a slick new user-interface designed to speed up the things you do most often, like add new notes, access shortcuts and switch between business and personal notebooks …  END_OF_DOCUMENT_TOKEN_TO_BE_REPLACED

Today, Evernote announced an update for its Web Clipper Chrome extension that was designed to keep onscreen distractions to a minimum. New features of version 6.2 include a flat floating toolbar that hangs in the upper right-hand corner of your browser window with a “more prominent” save button (mapped to your enter/return key) displayed at the top of all of your menu items.

Google tonight made a pair of enhancements to the Play Store for the lucky people with an Android Wear device. First off, the company has released the official Android Wear companion app for Android. This app connects with your Android Wear device (i.e. the Gear Live or G Watch) and allows you to control voice action preferences, adjust notification settings, and configure various other settings for your watch.

END_OF_DOCUMENT_TOKEN_TO_BE_REPLACED

Pebble announced today that it has updated its Pebble app for Android the smartwatch app store feature that it first rolled out for iOS users last month. The app now lets Android users browse and install apps and watch faces for Pebble: END_OF_DOCUMENT_TOKEN_TO_BE_REPLACED END_OF_DOCUMENT_TOKEN_TO_BE_REPLACED

Evernote for Android has just been updated with a handful of new features and general stability improvements. The update adds the ability to edit documents with the OfficeSuite app, as well as the ability to mark up PDFs with Skitch, though the latter requires a premium subscription. You can also now add a new reminder, introduced earlier this summer, right from the Reminders list.

The Evernote widget has also received several improvements, including support for Reminders and lists of notes, as well as lock screen support for Jelly Bean.

New in the Evernote Widget

Check out the update on the Play Store now.

While we have yet to get all the official details from Google, we get hints at a new feature today that could be headed to Google Drive via leaks from the Drive source code discovered by 1E100. Within Drive’s source code are hints at a new service dubbed “Google Keep,” including links to a new icon for the service, an Android app, and at one point the Google Keep web app itself. Google has since removed the evidence, but our friends over at Android Police were able to capture the screenshots above before Keep was taken down.

There is some evidence that the app would include Evernote-like functionality, with one screenshot revealing an “Add to Keep” function for webpages. The app otherwise appears to provide functionality with color-coded notes, the ability to add and save pictures, create lists, share, etc.

The app could also launch as a standalone Android app, because 1E100 discovered http://g.co/keep redirects to https://play.google.com/store/apps/details?id=com.google.android.keep. We’ll keep you posted if we hear anything official from Google about Keep.

A few more screenshots below: