PSA: Google has made phone calls to Belgium and Turkey free on Hangouts 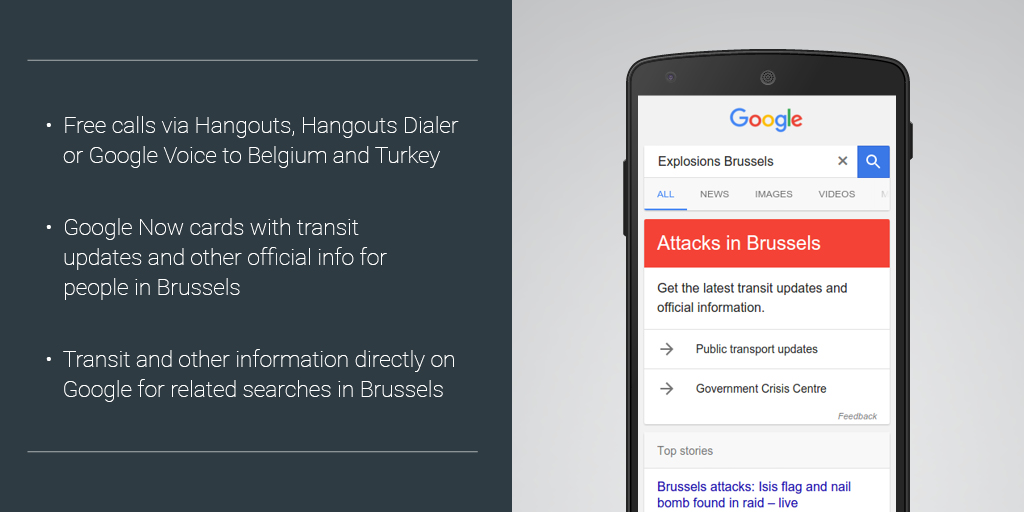 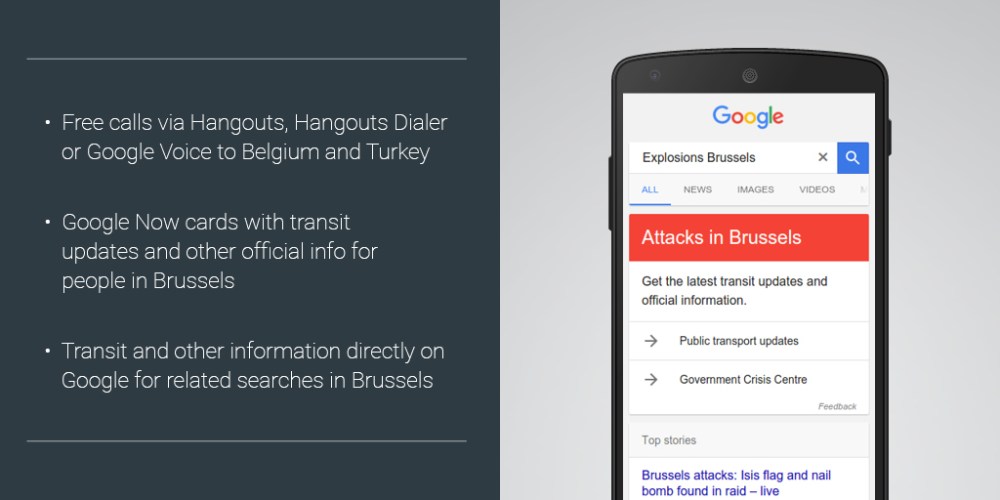 In light of today’s appalling events in Brussels, as well as recent violence in Turkey, Google is offering free calls using Hangouts and Google Voice to the two countries. The company has done the same after similar events in France and is rolling out additional emergency resources via Google Now and Search to those in Brussels.

END_OF_DOCUMENT_TOKEN_TO_BE_REPLACED 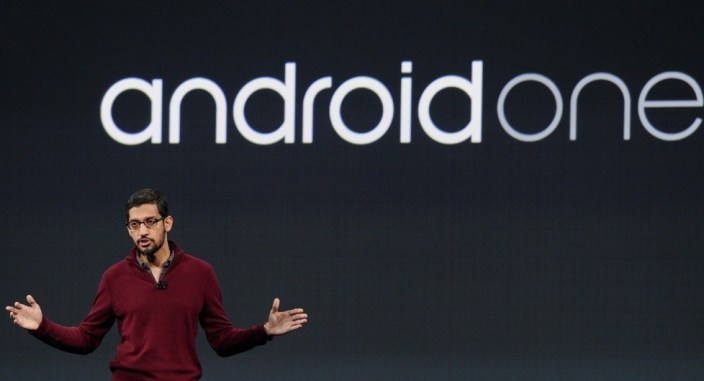 Ten months after Sundar Pichai announced Android One at Google’s I/O developer conference last year, the program to bring quality and affordable smartphones to developing markets is expanding outside of Asia for the first time. Android One’s latest expansion into Turkey marks the seventh market for the program as it moves into Europe.

General Mobile will offer the first Android One smartphones, the company shared today, albeit at a higher price than Google has targeted for other Android One hardware… END_OF_DOCUMENT_TOKEN_TO_BE_REPLACED

After first blocking Twitter across the nation, Turkey officials began blocking YouTube last week as well, after Google failed to comply with the prime minister’s request to delete all videos that it deemed critical of government officials. According to a report from the Hurriyet Daily News, YouTube is now taking legal action against the country. The company has reportedly filed a complaint with Turkey’s Constitutional Court protesting the block. Google is also appealing the reinstatement of the ban and is suing to cancel the decision all together.

In a statement to Engadget, YouTube acknowledged that it was taking legal action to restore access to its service in the country and said that it is “obviously very disappointing” that censorship is still taking place in the world today. It didn’t have any further details to share about the court battles, though. Seeing that Twitter successfully won its battle with Turkish officials, however, it seems likely that YouTube will be able to do the same.

END_OF_DOCUMENT_TOKEN_TO_BE_REPLACED

Following the block of Twitter in Turkey by the nation’s prime minister earlier this month, Turkey’s telecommunications authority is now taking steps to block YouTube in the nation, reports The Wall Street Journal.

The move came just hours after a leaked recording published on YouTube purporting to show a conversation where Turkey’s foreign minister, spy chief and a top general appear to discuss scenarios which could lead to a Turkish attack against Jihadist militants in Syria.

This comes just days after Turkey requested that Google remove videos from YouTube that criticize the Turkish government. Google responded by refusing to accommodate the government of Turkey’s request.

Yesterday, a Turkish court ruled that the ban against Twitter should be lifted within 30 days while many users were already using DNS workarounds to access the service. END_OF_DOCUMENT_TOKEN_TO_BE_REPLACED

The move by the government comes after a nationwide blackout of Twitter, which officials say is due to what they deem false allegations of corruption being circulated on the network. That block can be worked around by using Google’s DNS server to access the web, though it seems that won’t be necessary to keep accessing YouTube videos critical of the nation’s leadership—unless the entire website is blocked, that is. The Turkish government blocked access to Twitter by requiring local ISPs to change the DNS entries so that twitter.com could no longer be reached. As soon as the method of blocking access was discovered, a campaign started to spread the word that it could be circumvented by changing network settings to use Google’s DNS servers at 8.8.8.8 and 8.8.4.4 (update: a comment suggests the Turkish government is blocking these addresses too) …  END_OF_DOCUMENT_TOKEN_TO_BE_REPLACED

Be ready for cold brew season with KitchenAid’s Steel Maker/Dispenser at $80 (Reg. $130)

Save up to $750 on Alienware UltraWides, 240Hz gaming monitors, more

Clarks refreshes your shoes during its weekend event with extra 50% off boots, dress…