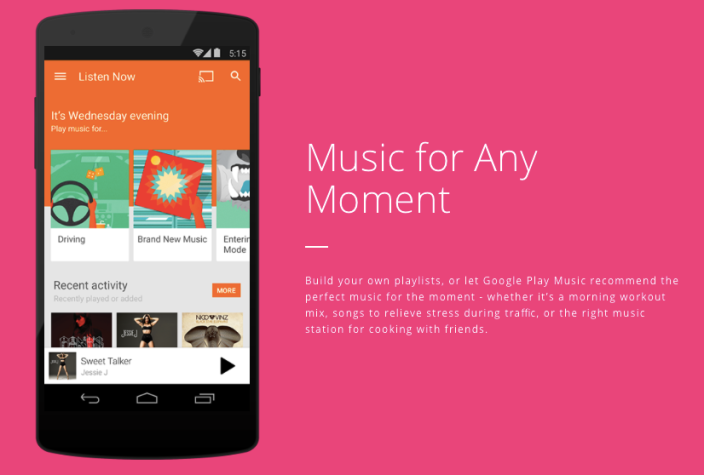 T-Mobile announced today the addition of 14 music streaming services to its Music Freedom program including Google Play Music. First announced at its Uncarrier 5.0/6.0 event in June, T-Mobile’s Music Freedom program allows customers on the network to stream content from supported music services without it counting against a monthly data cap. T-Mobile promised the addition of Google Play Music by the end of the year in August when Google’s subscription streaming music service was voted most wanted by T-Mobile’s customers. At the time, T-Mobile also introduced support for both Rdio and Songza as part of the Music Freedom initiative; Google had just purchased Songza for what might have amounted to $15 million during the previous month.