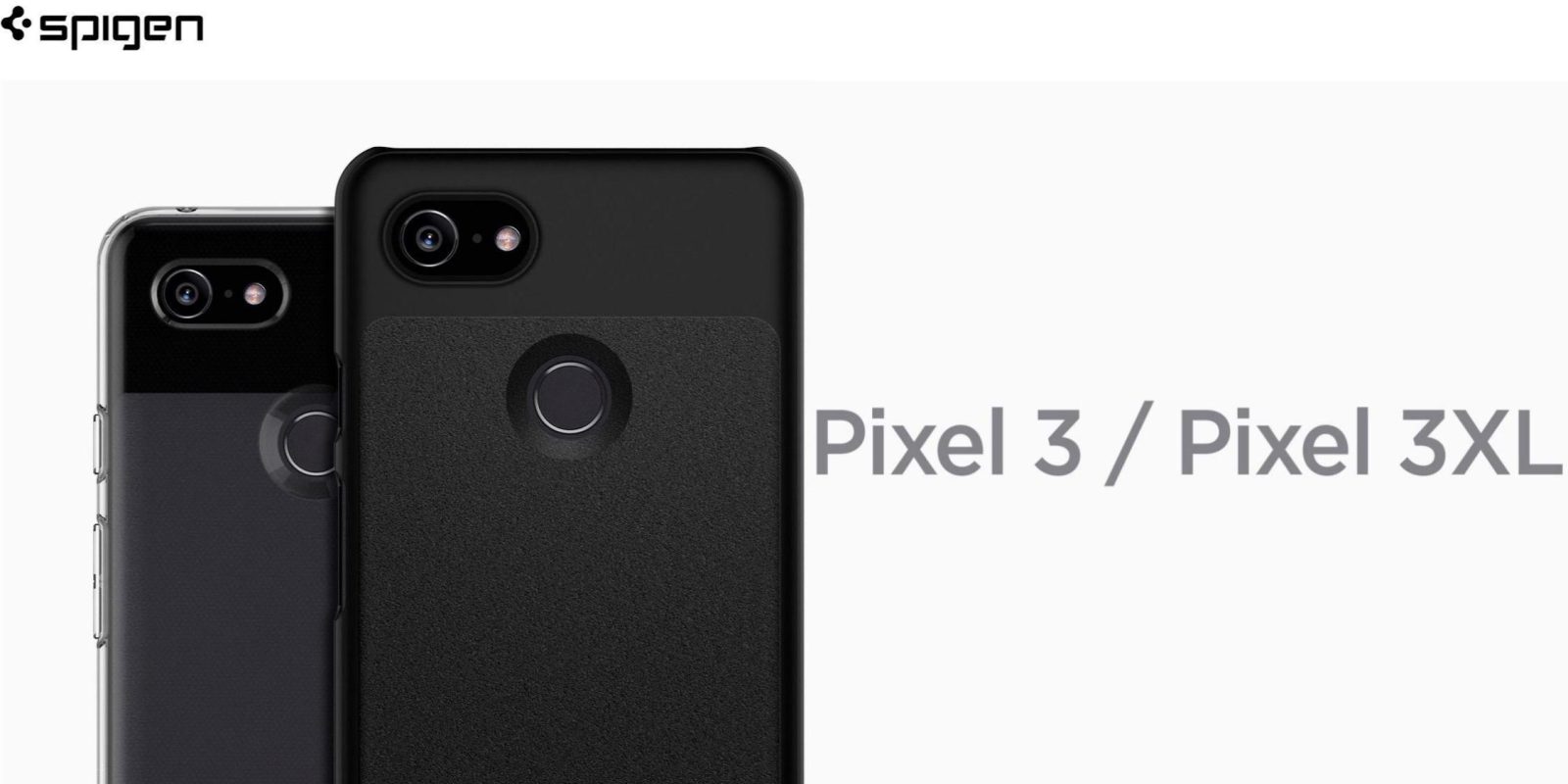 One of the first looks at the Pixel 3 and Pixel 3 XL this year came from screen protectors that revealed the notoriously large notch. Days away from the October 9th announcement, the first accessory manufacturers are detailing Google Pixel 3 cases.

Spigen has already listed its case lineup for the Pixel 3 and Pixel 3 XL. There are no surprises here, with mockups easily achieved by any manufacturer at this point given the leaks and dimensions.

The lockscreen screenshots Spigen uses for its 18 Google Pixel 3 cases are not reflective of Android 9 Pie today with no weather widget and the wrong font for the time and date. Meanwhile, generic third-party wallpapers are used. None match the previous leak of Live Wallpapers, nor are they included in Google Wallpapers.

For fans of Spigen protection, the company will offer its usual lineup of case types from slim fitting ones to “rugged armor.” Other options include transparent cases that show off the underlying color, which we learned today to include pink “Sand”, in addition to the standard black and white.

Meanwhile, other choices include cases with built-in stands, drop protection, and those that are thin enough to support Active Edge, which one leak confirmed is returning with the Pixel 3. The majority of these cases are available to purchase now, though some are listed as “coming soon.”

Google will likely offer its own line of Made by Google cases with the Pixel 3, while Made for Google offerings are also a possibility.