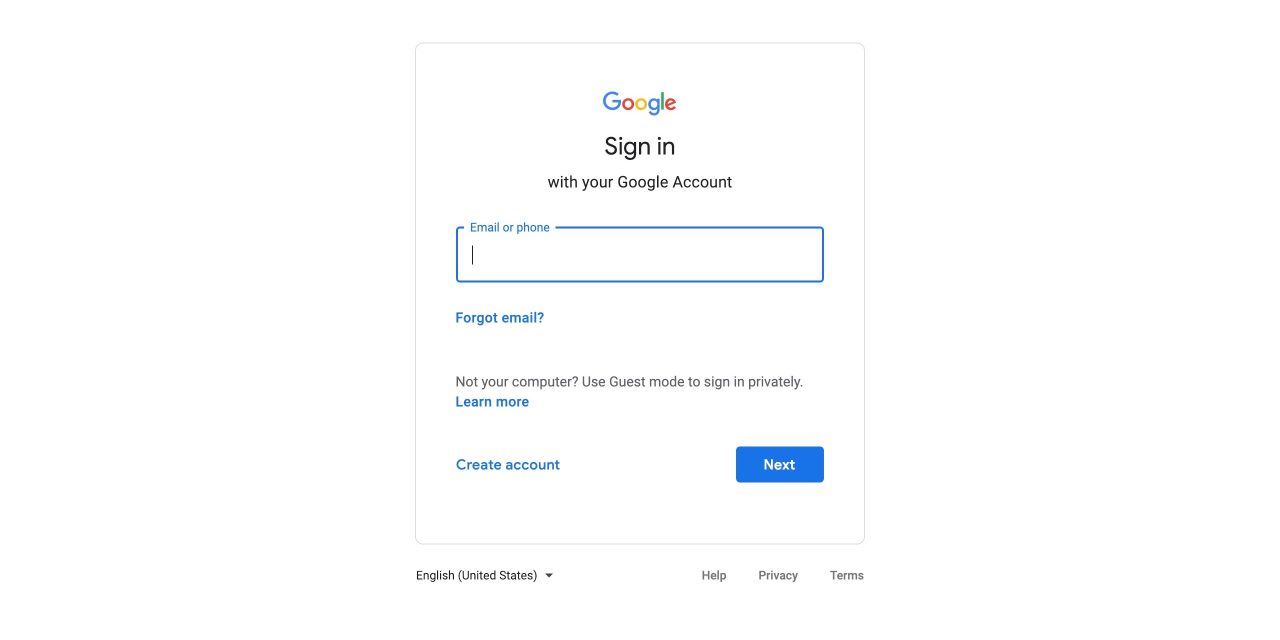 The Google Material Theme was announced at I/O 2018 alongside Material Theming. Google’s take on the new design language is characterized by stark white backgrounds, bolded icons, and Google Sans. One element new to the visual revamp is an outlined text field that is now available on the Google Sign-in screen.

Google first announced the Material Theme sign-in page in June with elements like centered text, logo tweaks, and of course the Google Sans font. However, the key aspect is an outlined text field that elegantly animates.

When unselected, this box prompts users to enter their “Email or phone” — and later password. Once users click or tap to enter the necessary information, the text animates out by shrinking and moving to the top-left corner; breaking the outline in the process. It’s a small touch, but a rather delightful one.

This new design — incorporating the text field — on the Google sign-in page was supposed to begin rolling out on June 14th. However, on July 10th, Google noted that the “launch has been delayed” and did not provide a reason.

Unfortunately, due to unforeseen delays, we’re now rolling out the new design this week, with some minor changes.

Namely, the new Material Component text field was removed, but all the other changes were implemented. Back in July, Google noted it would “appear in the coming months.”

Last month, Google announced that on November 27th the Material element would begin rolling out. Two weeks later, it now available to all users on both the desktop web and mobile.

Specifically, you might notice outlines around some entry fields, and changes to the spacing and styling of other text on both the web and mobile screens. The changes will start to take effect on November 27th and may take up to two weeks to reach all users.