LG G8 ThinQ hands-on: The smartphone that doesn’t want you to touch it [Video] 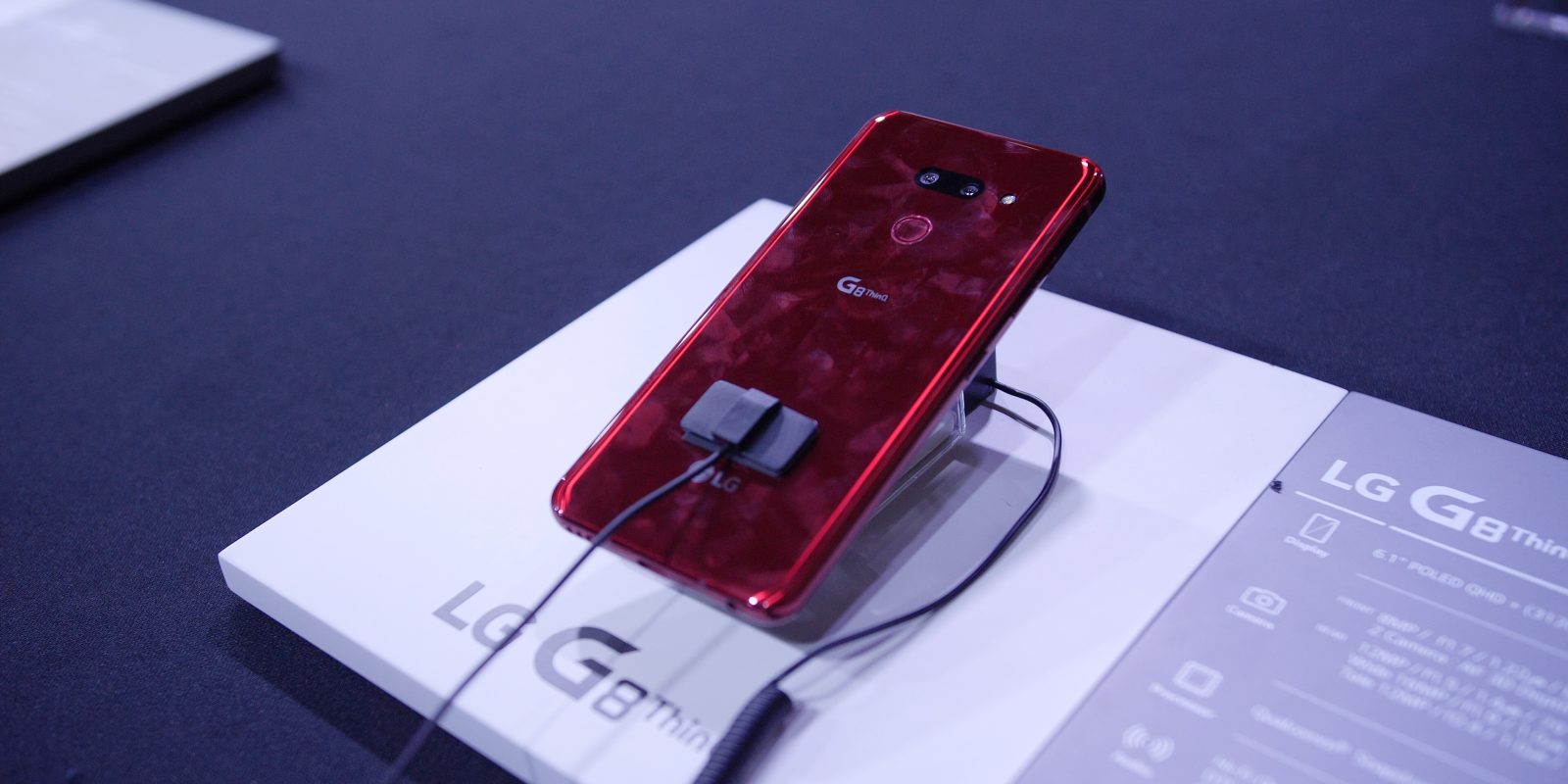 There are very few gimmicks on phones that we haven’t already seen, but LG has brought a few new tricks to the table with the unveiling of the LG G8 ThinQ that in practice look less like gimmicks and more like glimpses into the future.

At MWC we are likely to see many brands — both known and unknown — try to proclaim that a function or feature is going to set them apart from the crowd or ‘change the way we use our devices’.

Folding smartphones do genuinely have promise in that regard but it feels like the tech has been moving that way for some time. What LG has done is add one feature that I simply had no idea could be done and no idea I wanted to be done.

But before we can even talk about the insane vein-scanning unlock method — which unfortunately I was unable to test for myself — let’s talk about a pretty solid handset that might be worth a look in the coming months.

I like the look and feel of the LG G8 ThinQ. It doesn’t veer far away from a tried and tested formula, and for that, it could be considered safe — at least in the design stakes. It is, but that doesn’t mean it’s a bad looking or ugly phone. I would say far from it.

I was impressed by the nice glossy piano black finish on the plain black model as soon as I saw it during the all-too-brief hands-on session at MWC. I’m not a fan of notches but LG has stuck with the display adornment to add that impressive Time Of Flight scanning tech and IR sensing tech.

The rear triple camera array is one portion of the design I wish more manufacturers would adopt too. All three of the cameras are safety under the back glass. This means the back is flush, smooth and no nodules, dimples and bumps are present as a result of the camera setup. 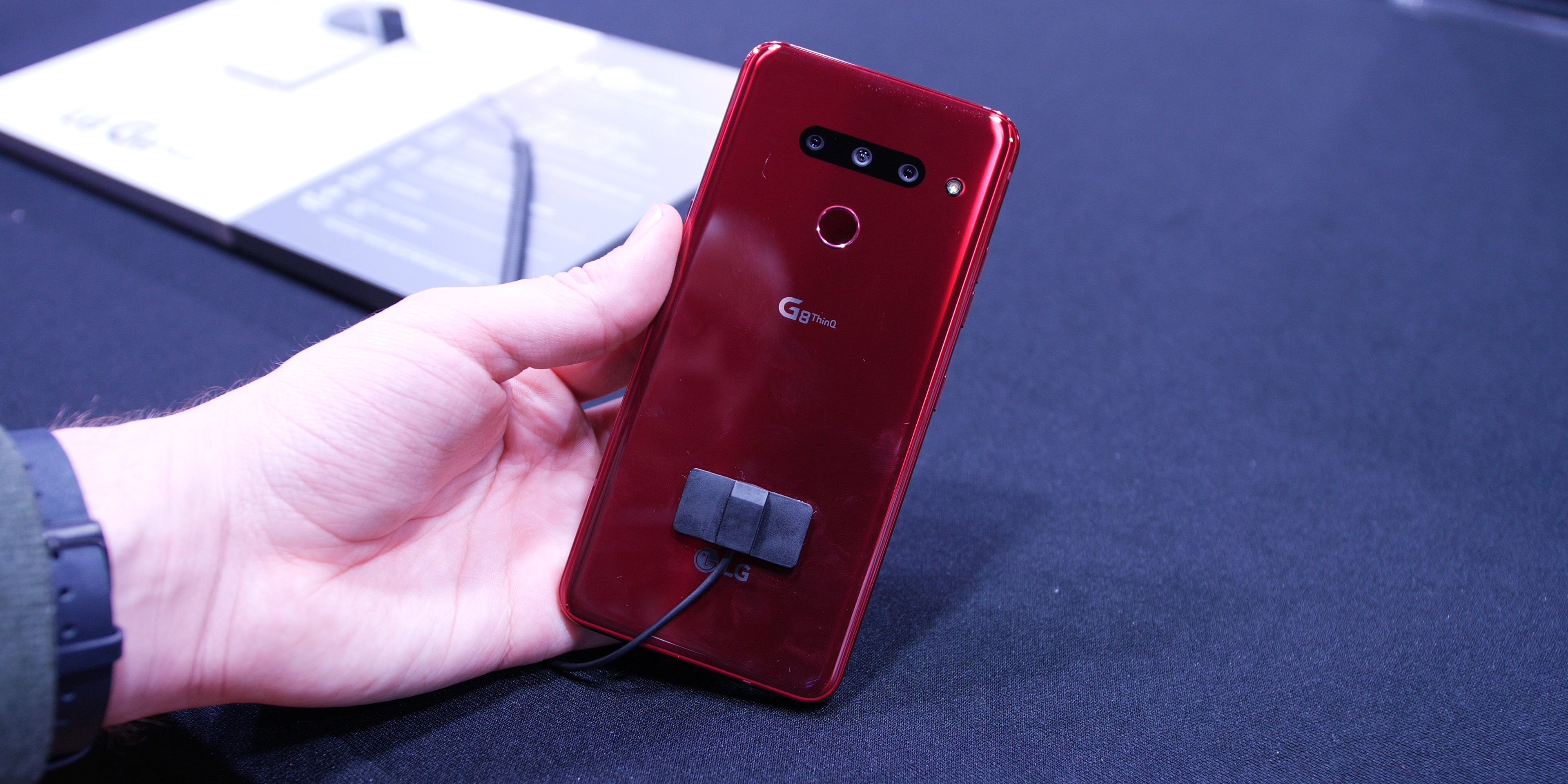 You will find a rear-mounted fingerprint sensor though, which I must admit I was unable to test during the LG G8 ThinQ hands-on session as it was — oddly — disabled. Because of that, I’m unable to vouch for the speed and accuracy of it. You’ll just have to use your imagination to work out if it is any good.

I was pleased to see a headphone port at the bottom of the phone too. The LG G8 ThinQ comes with a 32-bit quad DAC so if you are serious about audio, this is yet another solid LG device in that regard.

I’m expecting battery life to be pretty impressive too, thanks to the 3,500mAh battery packed inside. It’s not the biggest on the market and it doesn’t even match that of the LG V50 ThinQ but it is a reasonably large cell that hopefully will power the G8 ThinQ through even the most intense of days.

The LG G8 ThinQ comes with Android Pie pre-loaded and it didn’t seem to even remotely push the Snapdragon 855 chipset or 6GB of RAM dumped inside. Everything was snappy, responsive and the skin on top felt really lightweight compared to other manufacturers. I would compare it directly with the Samsung Galaxy S10 — at least given the limited time I have had with that device too.

My biggest concern is whether LG will abandon all support for the handset in a couple of years or even less. While fellow South Korean company, Samsung, is steadily improving its efforts to update its handsets in a timely manner.

LG struggles and has many devices that simply end up wallowing in older versions of Android — therefore ageing terribly. For now, though, Android Pie is the perfect companion for the LG G8 ThinQ. 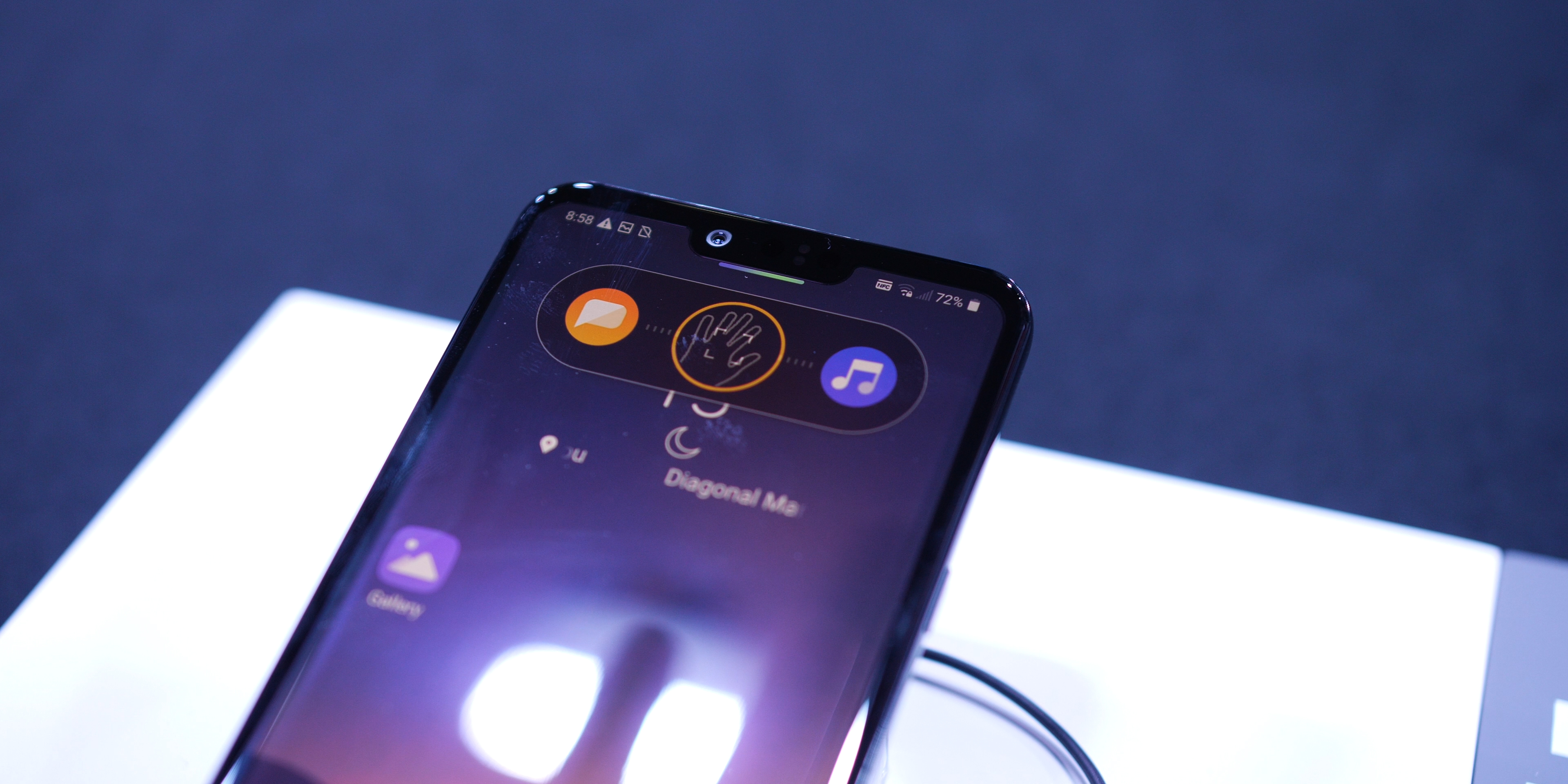 Now the good bits: the new ‘Air Motion’ controls are seriously impressive and add a layer of control that other phones simply can’t compete with. My initial thought was this might work something like the older Samsung Galaxy S4, where you swiped above the screen to navigate between pages. Of course, technology has come on leaps and bounds since then, so it’s no surprise that ‘Air Motion’ is way better.

It allows you to adjust volume, enter apps and even take a screenshot. The initial activation phase is a little slow but once you get the hang of it, it becomes a much quicker and easier process. While we were shown how to achieve it, you need to practice how to activate it perfectly every single time.

The infrared vein-scanning Z camera was something I simply didn’t have enough time to get to grips with. During the LG keynote demo though, this tech looks very impressive and at least it separates the device from the crowd. 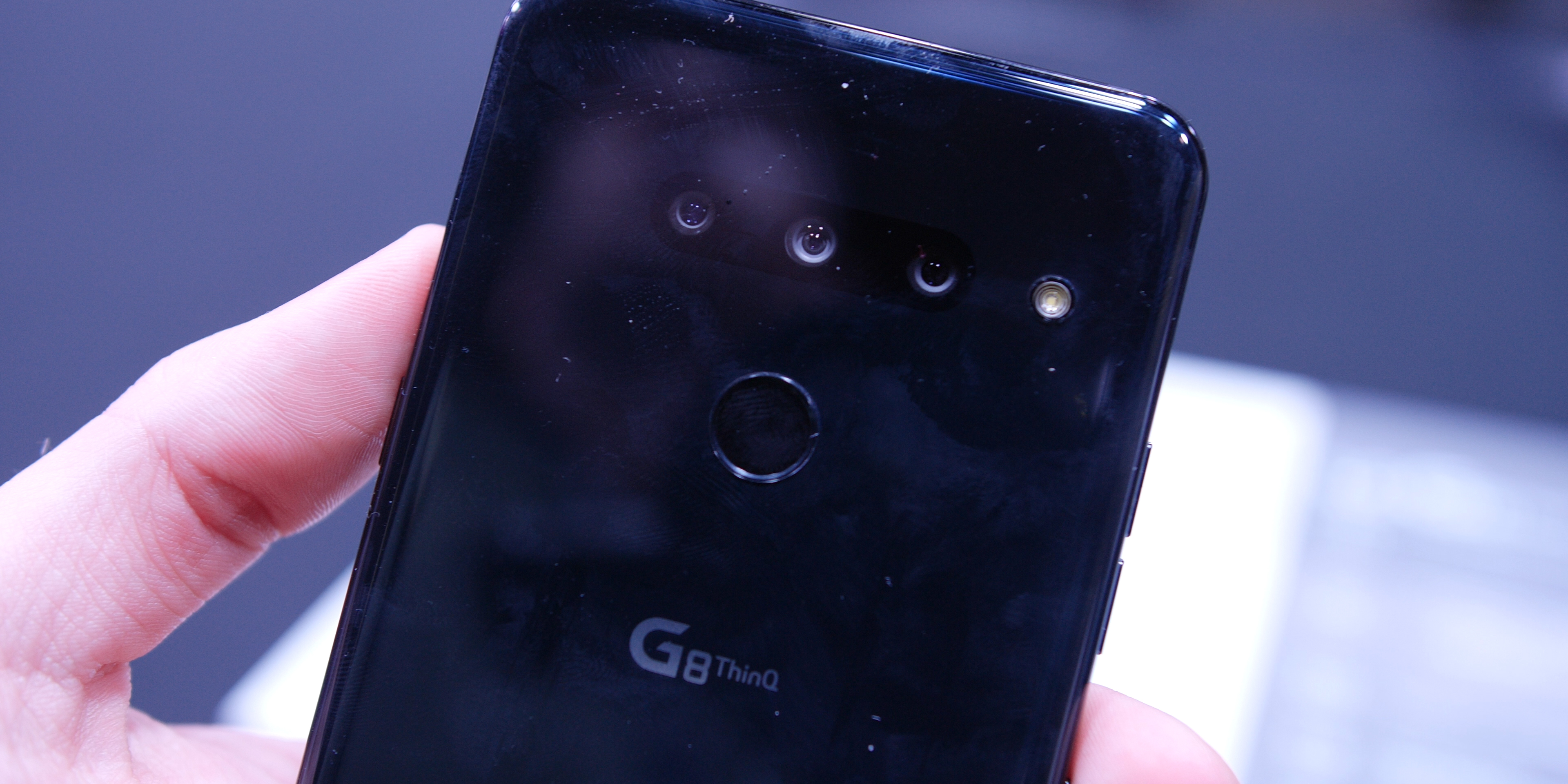 Like any LG camera hardware, there is a lot to talk about. Firstly, it’s impossible to talk about the quality of the camera in most hands-on scenarios. We don’t get enough time and then getting the sample images is borderline impossible — I’ve seen people kicked out of events for trying.

That said, what I did see of the camera in action was some impressive modes and results. The auto-tracking feature was as good as I have seen on a smartphone thus far. It locked on to a subject and tracked really accurately.

I will say I was impressed with the range at which you can use the portrait mode but the results were mixed given the testing scenario. It, therefore, stands to reason that a proper verdict will have to wait until a review unit is acquired.

The LG G8 ThinQ seems like a great device. I love the hands-free gestures but my only worry is that it might be lost on the average consumer or even the hardened tech fan. Then I worry again if I would even use the feature myself except as a sort of ‘party trick’ to impress friends.

Hand ID though might be a much more sellable aspect of the device. Certain versions of Face ID can be duped but Hand ID seems to be able to prevent this issue by scanning at a much deeper level. Whether or not that is true remains to be seen but it’s yet another interesting addition that makes for an intriguing smartphone package.

As a handset released or unveiled at this point in 2019, it feels like a real mixture of influences in one package. The hardware in the hand is seriously impressive and one that I look forward to spending a little more time within the coming months.