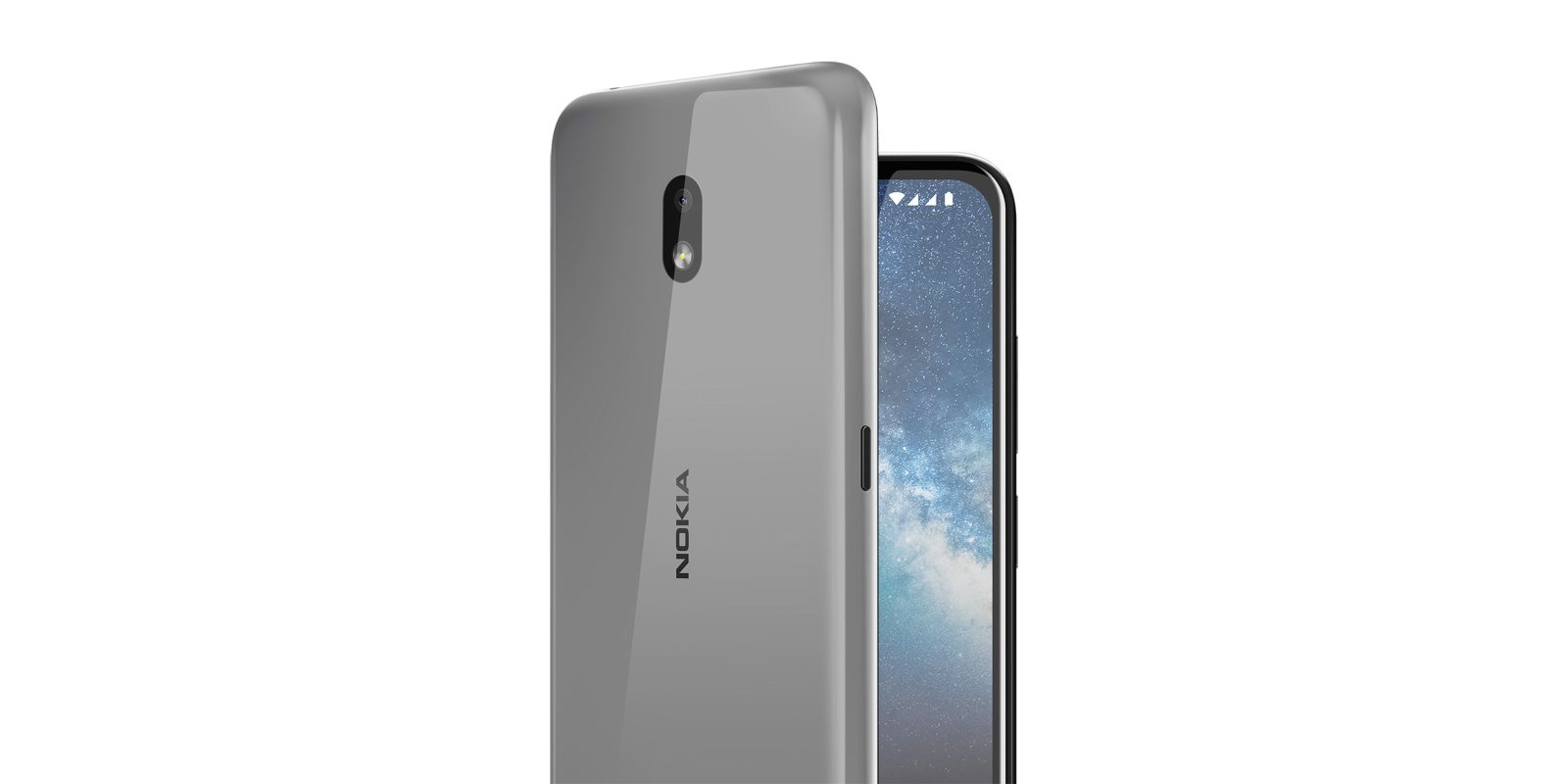 HMD Global hosted an event today where it officially unveiled its latest budget smartphone, the Nokia 2.2. The sub-€99 device is destined for Europe and India, here’s what you need to know.

As you’d assume based on the price point, the Nokia 2.2 isn’t going to win many awards in the spec department. There’s a 2GHz MediaTek Helio A22 quad-core processor under the hood with either 2GB or 3GB of RAM, 16GB or 32GB of storage, and there’s a microSD card as well. There’s also a 5.7-inch 720p LCD panel which has a notch housing a 5MP fixed-focus selfie camera. That camera is used for Face Unlock as there’s no fingerprint sensor.

Further, there’s a 13MP rear camera at f/2.2 which Nokia touts for low-light. There’s also LTE, microUSB, and a headphone jack. Rounding out the spec sheet is a 3,000 mAh battery which is actually removable – something we almost never see in 2019. Nokia is also offering “Xpress-on” covers to change up the look.

Following along Nokia’s pattern for the past couple of years, the Nokia 2.2 is also an Android One device. That means it’ll get regular Android security updates as well as major platform updates through Android Q and Android R. Like the Nokia 3.2 and 4.2, there’s also a dedicated Google Assistant button along the side of the device.

With the latest in AI technology and Android 9 Pie your phone has a smooth feel right out of the box. And with monthly security updates, your phone will just keep getting better. The 5.71″ HD+ display and AI-powered low-light imagery will have all your pics looking even better. So go ahead, press the Google Assistant Button and say, “Take a selfie!”

Pricing for the Nokia 2.2 starts at €99 in Europe and ₹6999 in India. Tungsten Black and Steel colors are available.