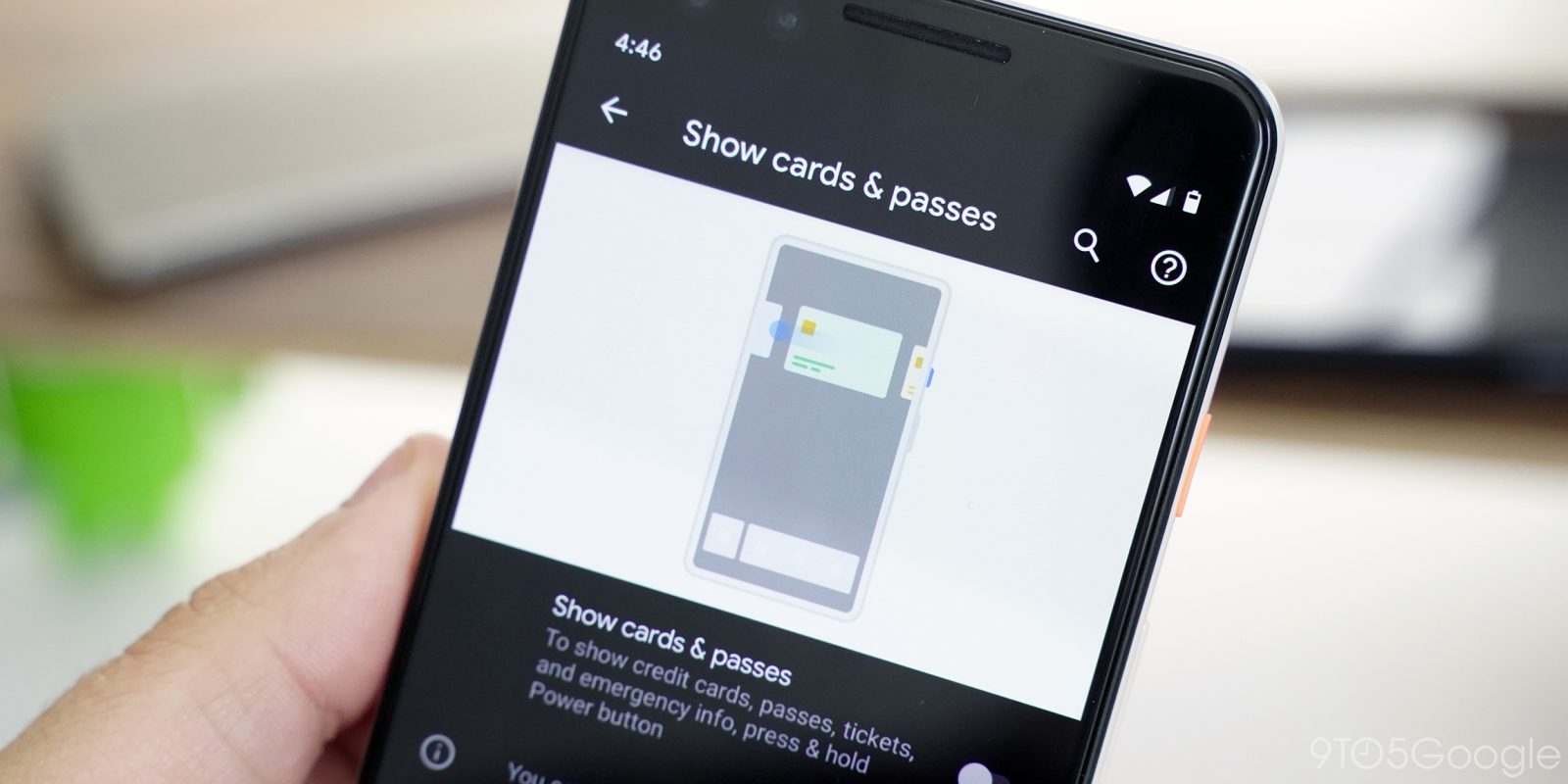 The past couple of releases of Android have seen the power menu become more of a utility with things like an emergency button. Now, in Android Q Beta 4, we were able to enable a new section in the Pixel’s gestures menu which points to Google Pay cards being added to the power menu.

In the gesture menu for Pixel devices, users can currently adjust the navigation method, toggle Flip to Shhh, and adjust quite a few other hardware and software actions that make their device easier to use. It seems that in a later version of Android Q, Google will be flipping the switch on a new option for “Cards & Passes.”

This new addition gives users the ability to quickly see and slide through some of the information they have in Google Pay with just a long-press of the power button. While we can’t fully show you what this feature looks like since Google Pay still doesn’t work properly in Android Q Beta 4, the attached animation and description reveals a great deal.

Cards will apparently appear as soon as the power button is long-pressed and users can then swipe through them, presumably to switch the card being used with NFC payments. Based on the description, this carousel will also be able to show things such as loyalty cards and tickets.

Update 9/3: With the release of Android 10 today, Google has also confirmed that this feature will be arriving sometime soon. A quick note on the Android 10 website mentions “Quick wallet access” in the power menu powered by Google Pay. As suspected, it will include credit/debit cards and boarding passes.

It’s still unclear when the feature will arrive, but we can confirm by our own digging that it will be enabled via a server-side update at some point.

This functionality can be enabled by plugging in the ADB commands below: