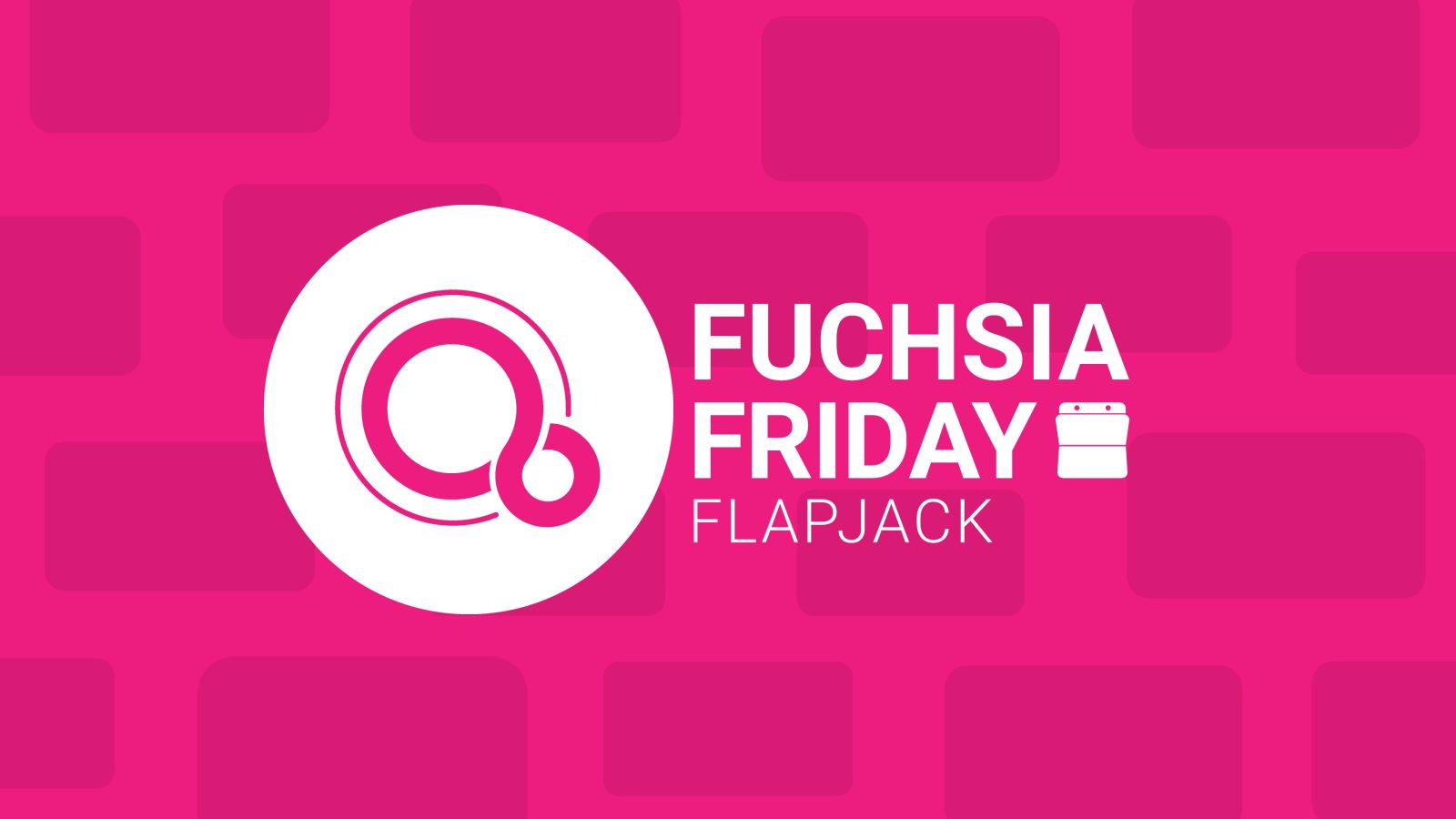 Yesterday, on our Alphabet Scoop podcast, our Stephen Hall dropped a mini bombshell that a Fuchsia tablet is rumored to be in the works. We dug in a bit deeper and found that the truth may be more complicated than that.

Early this year, it was discovered that the first Chrome OS tablet with Qi wireless charging was being developed under the codename “Flapjack.” Fast forward to today, it appears Chrome OS won’t be the only operating system this device supports, as Google’s Fuchsia OS team is also looking to support the “Flapjack” tablet.

Over the years, Google’s ever-distant Fuchsia OS has gained support for a wide swath of devices, including smart home products like the Nest Hub and Nest Hub Max, smartphones like the Honor Play and possibly the Pixel 2, and Chromebooks like the Google Pixelbook and some AMD Chromebooks.

Early last month, the Fuchsia team began work on supporting another device, using the no-nonsense codenames “C18” and “C19.” Digging into the new Fuchsia code, Google outs these devices as also using the codename “Flapjack,” which is a name we’ve seen once before. This immediately prompted me to look deeper into this new device.

Before anything else, I had to make sure that the overlap wasn’t a simple coincidence, as Google has used duplicate names before. For example, the codename for the Pixel 4 is “coral” which is also used by a line of Chromebooks and a Google-made developer board. It turns out that “C18” and “C19” are indeed names used by the Chromium team to refer to the two models of the Chrome OS device codenamed “Flapjack.”

Recap: What is Flapjack?

We’ve known a decent bit about Flapjack already from the Chromium source code. For instance, Flapjack will be a tablet available with an 8-inch or 10-inch 1920×1200 (16:10) display and run on a MediaTek MT8183 processor, which is the successor to the MT8173c found in the fantastically affordable Lenovo C330 and S330 Chromebooks. Flapjack will also support using a Wacom stylus, along with 15W Qi wireless charging.

Putting it all together, this tablet seems like an odd mish-mash of premium and low-end hardware, almost reminiscent of the poorly-received low-end model of Google Pixel Slate with the Intel Celeron processor. Hopefully, MediaTek will be able to succeed in the mid-range tablet market where Intel’s chip failed.

One tidbit on Flapjack aka C18 / C19 that we haven’t quite figured out yet is what brand they’ll be sold as. Many commits related to Flapjack point to being designed by the Chinese company Huaqin, an ODM who creates devices for the likes of Acer, Asus, Lenovo, and Samsung, but hasn’t developed a Chrome OS device since 2015’s Haier Chromebook 11.

Back to today, why is the Fuchsia team putting the work in to support this Flapjack tablet? It’s possible the Fuchsia team intends to use Flapjack internally as it’s a device powered an ARM processor that’s more fully-featured than devices like the Nest Hub. For example, it’s not easy to connect USB accessories, like a keyboard and mouse, to the Nest Hub, while Flapjack will surely have a proper USB-C port.

Another potential answer is that Flapjack was an easy device for the team to develop for. Thanks to existing support for Chromebooks like the Pixelbook, the structure was already in place to flash Fuchsia onto a new Chrome OS device. Additionally, some of the work done for Flapjack reuses code for an existing Fuchsia device codenamed “Cleo,” which uses an SoC also created by MediaTek.

Also from the Fuchsia side of things, we actually learn a new tidbit about Flapjack, namely, that the tablet may ship with an admittedly small 4GB of RAM. This would firmly position Flapjack as a low-end device.

In a way, this could actually be great news for Fuchsia fans. While it’s not likely that Google will be “officially” launching Fuchsia on Flapjack, any would-be Fuchsia developer should be able to get started with the work-in-progress operating system on the affordable tablet just like they already can on the much more expensive Google Pixelbook. Other affordable Fuchsia-compatible devices thus far have either required a special signing key, as is the case for the Nest Hub or need to be special ordered, like the Khadas VIM3.

Between this new Flapjack tablet and the progress made on running Fuchsia in the official Android Studio Emulator, working with Fuchsia could become easier than ever in the near future. In the meantime, we’ll continue to watch for clues indicating who is behind Flapjack, with CES 2020 being the next big date for new Chromebook reveals.