What’s coming next to Google Stadia: Feature parity and the promise of cloud gaming

Stadia was criticized for missing and appending “coming 2020” to so many core features at launch. Precisely six weeks old at the end of 2019, Google’s game-streaming platform will truly grow up this year. Here’s a look at everything that’s yet to come.

Even if what appears on the screen is streaming from a faraway server, having a wire from your phone or PC attached to a game controller is not very futuristic. The first-party Made by Google’s signature direct Wi-Fi connectivity is only available on the Chromecast Ultra.

While the best and most familiar gaming experience for the majority is in front of a large television, mobile and web are what truly emphasize that no console is required. Those two form factors extend AAA gaming outside the home, and that’s a first for general gamers. The Google Store listing for Stadia Premiere Edition explicitly states that extended availability is “coming in 2020.” 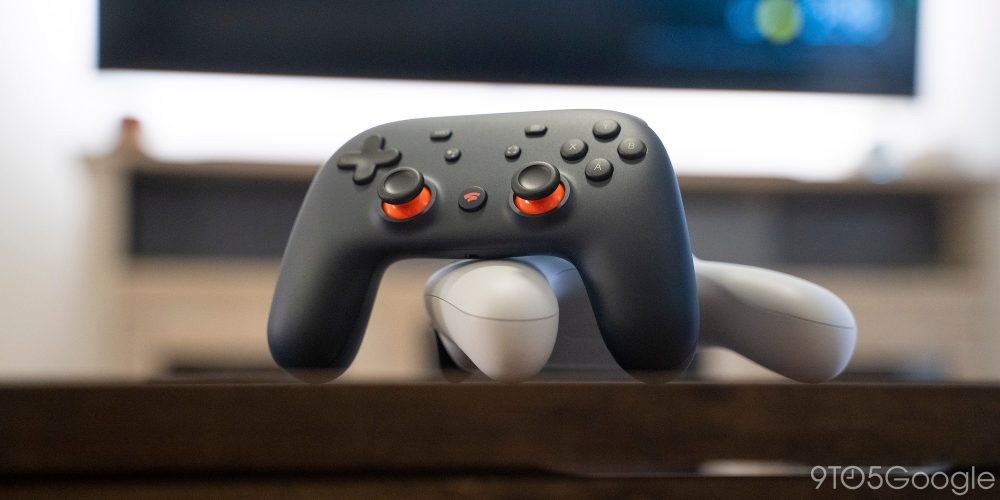 Closely related to expanded wireless Stadia Controller support is a grab bag of features only found when playing with Chromecast Ultra. For example, screen/clip capture is not available through the controller on mobile (or web), while Android devices can only hear voice chats. There is no way to respond or even start parties on smartphones. Similarly, Assistant is only available on the streaming dongle, with achievements not available on mobile yet.

Most of those limitations are presumably related to the Stadia Controller not being able to communicate those actions over a cable. Regardless, it’s confusing for people expecting the same experience on whatever device they want to play with.

Gameplay on Mac, Windows, and Linux fares better than Google’s mobile operating system. The biggest feature limitation is 1080 p-only gameplay that does not allow users to experience Stadia’s 4K promise. Another gripe is the lack of “Data usage and quality” or “Display” settings online, while viewing Captures are mobile only — and all platforms could benefit from basic sharing.

Stadia is currently limited to the Pixel 2, Pixel 3, Pixel 3a, and Pixel 4 family of devices. Google’s mid-range phones make it evident that flagships are not required to run Stadia. Of course, what people are really asking for is iOS and — specifically — the iPad. Any tablet would be better suited for mobile gameplay than a phone.

Google noted during an AMA before launch that it wants “Stadia to run on every screen eventually.” It hopes to “start expanding to more devices next year.”

Thanks to a leaked conference presentation, we learned in September that “Stadia integration” is coming to Android TV with Android 11 in 2020. This would be in line with a push to bring the service to devices that people already own.

Speaking of Assistant, Google’s cross-device help tool currently has very limited capabilities on Stadia. The most useful game-related functionality is asking to launch a title. At GDC 2019, Google imagined Assistant being able to find video walkthroughs when you’re stuck. 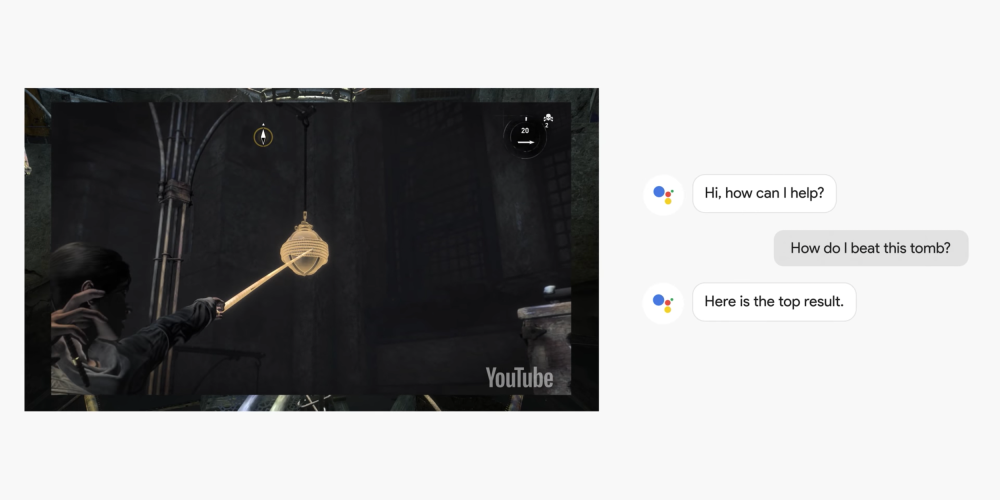 This is likely a more gargantuan task than meets the eye. Fundamentally, Assistant has to be aware of what’s occurring in games. That presumably requires developers to create in-game markers, with YouTubers making similar markups.

Another ambitious integration is YouTube. But to start with, Google could allow for basic gameplay streaming. This is surprisingly missing for a service that the company touted as generating an extra feed that’s specifically for YouTube.

More broadly, there is an opportunity to leverage the large gaming community on Stadia by just having them join streaming creators with Crowd Connect. Also interesting would be State Play where people could share a specific scenario and let others replicate or beat a scenario.

Stadia requires an Ethernet or Wi-Fi connection, with LTE not explicitly supported today. That said, the workaround is just making a hotspot with your phone and connecting your laptop. Microsoft’s xCloud beta currently supports LTE networks, and Google could be looking to optimize.

At 26 titles with various editions, the Stadia Store badly needs search and not just curated sections. Meanwhile, pre-ordering has been hinted at, while “Family” functionality should extend beyond just parental controls. There should be the ability to share games even if only one user is allowed to play at a time.

However, the most important addition to the Stadia Store would be demos. The first aim is to let people actually test how the platform runs on their network for free, and would go a long way to address skepticism. Down the road, streaming Stadia demos could expose gamers to new technologies or concepts.  The other reason is of course trying a title before buying.

Stadia is currently available in 14 countries across North America and Europe. However, there are geographic limitations in the US, with Hawaii and Guam not supported. Google is presumably taking into account data center location and network infrastructure in deciding where to expand next. Given the available high-speed connectivity, some parts of Asia look to be particularly well suited for Stadia, while users are clearly there in Africa and South America. Worldwide availability is ultimately crucial to the company’s ambition to reach the “next billion gamers.” (Thanks commenters)

Stadia Base and monthly Pro subscription

Joining Stadia is not as simple as you’d expect for a web service. A $129 buy-in is currently required with Google clearly wanting the first users to have everything they need to experience on a TV.

Stadia Base is expected to come in 2020 to let players just buy games outright without needing Stadia Pro. The $9.99 subscription provides 4K quality, a free game every month, and discounts. It’s a pretty good value, but most will make do with 1080p, especially to just try out how Stadia works for them.

That said, even more vital is some sort of demo experience that would truly showcase how accessing Stadia is as simple as clicking a link.