Fuchsia Friday: ‘Nelson’ and ‘Luis’ may point to 2020 Made by Google devices 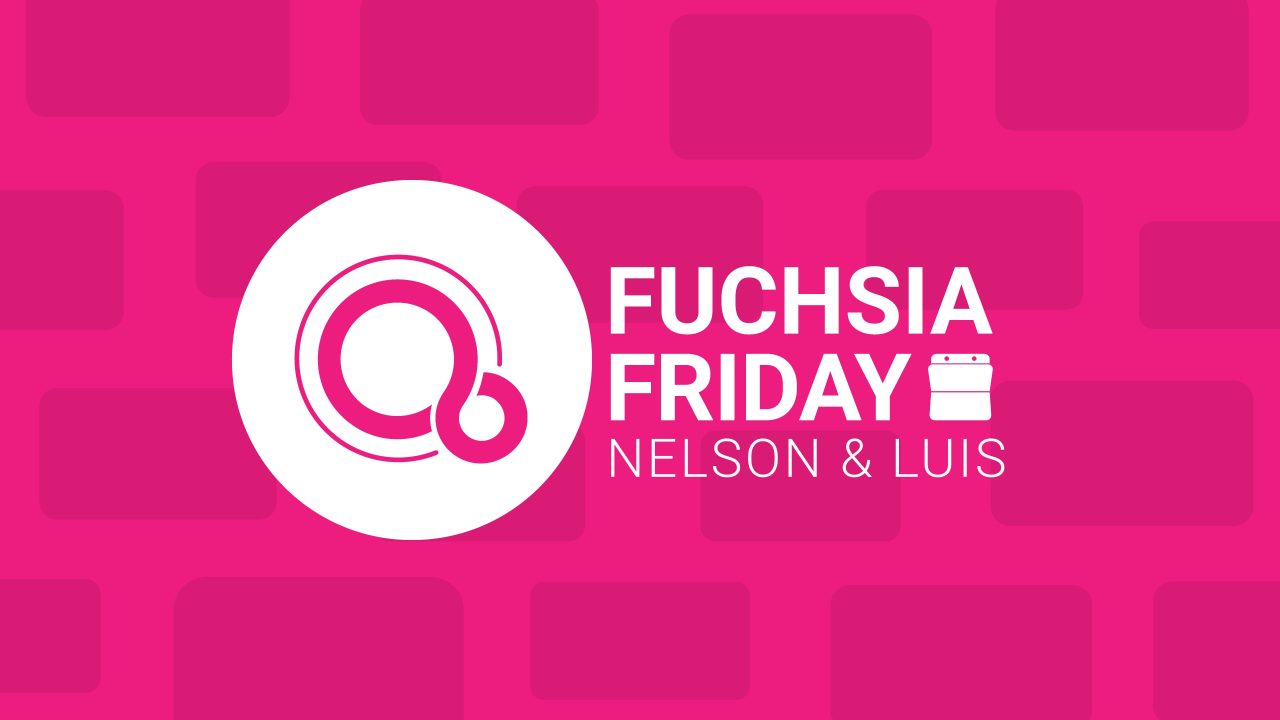 Over the course of the past few years, Google’s Fuchsia team has developed support for quite a few devices that seem to line up with known Made by Google hardware. In some cases, those devices appeared in Fuchsia’s code long before they were announced to the public. Looking ahead into 2020, keeping that close relationship in mind, Fuchsia has already laid the groundwork for two more potentially Made by Google devices, codenamed “Nelson” and “Luis.”

Before we dive into what’s new, let’s have a quick refresher on some of the Fuchsia devices we’ve followed so far. “Astro” was the first codenamed device we puzzled out and found to use the same hardware as the Google Nest Hub (née Home Hub).

Months later, Astro was followed by “Sherlock.” Armed with the knowledge that Fuchsia’s prototypes are sometimes unmasked as Made by Google hardware, we used evidence in Fuchsia code to predict (correctly) that Google was developing a larger version of the Nest Hub.

The most recent Fuchsia prototype we’ve tackled, “Visalia,” seemed to pretty clearly be an Assistant speaker, and since then, Google released the Nest Mini. An iFixit teardown has shown that the Nest Mini does indeed run on the same Synaptics AudioSmart AS370 chip as Fuchsia’s Visalia.

Now that we’re a few months into 2020, let’s start looking at what clues Fuchsia may have to this year’s Made by Google hardware lineup. Since Visalia, Google has added two new and interesting device prototypes, Nelson and Luis, with the latter first appearing in code just this week.

Unfortunately, as Luis is so new to the Fuchsia code, there’s not much to learn about it other than what chip it runs on. From the source, we can see that Luis is based on the Synaptics VideoSmart VS680. (Synaptics, as a reminder, bought Marvell, the chipmaker behind the hardware inside most Google Home speakers and Chromecasts.)

Whereas the AudioSmart line is somewhat narrowly focused on supporting smart speakers and the like, the VideoSmart series has a broader range of uses, including Android TV set-top boxes. With the VS680, unveiled at CES earlier this year, Synaptics is now including its SyNAP neural network accelerator, as found in the Nest Mini’s AudioSmart chip, to help open it to new uses like “smart displays, smart cameras, video soundbars” and more.

It’s too early to know what Luis will become. Some possibilities include yet another Google Assistant smart display, or perhaps the “hero device” seen on a leaked Android TV road map, which is promised to bring “next-gen smart home UX, e.g. Lens, Camera.” Or Luis could be something else we haven’t even thought of. Regardless, we’ll be keeping a close eye on it as it develops.

Meanwhile, our next codenamed Fuchsia prototype, Nelson, is a few months further into development. From what we can tell, it seems to be an almost exact clone of the Nest Hub (Astro), and may actually be a minor hardware refresh of that device.

For example, Nelson and Astro will have the same display — not just the same resolution and size but the exact same underlying hardware. The only major difference we’ve spotted so far is that, instead of running on the Amlogic S905D2 like Astro, Nelson uses the newer S905D3.

Information about Amlogic’s chips is still hard to find, especially for newer additions to their lineup. According to CNX Software, the biggest difference between the two chips is that the newer S905D3 includes an “AI processor,” likely similar to the neural network accelerator found in the Nest Mini’s chip.

It should be interesting to see whether or not would Google formally announce such minor refresh to its smaller Nest Hub, as well as what potential new features having a separate AI processor allows.

From what I can tell, we likely won’t find out for quite a few months, as Nelson has only just gotten its second prototype — designated P2 — in the last few weeks. Following the pattern of past Fuchsia devices, we’ll need to keep an eye out for Nelson to reach the EVT stage before it can be released.

The big question, of course, is, “Are Nelson and Luis going to be Made by Google products?” The answer: We can’t be sure. For as many prototypes as we’ve tied to actual Google hardware, we have almost the same number of mysteries and devices made by third parties.

For example, one recent prototype, “Cleo,” has a great deal in common with the Lenovo Smart Clock, and in the last year, no other device like it has been released, especially not by Google. Despite that, though, we’re still not 100% sure the two devices are one and the same.

Another codename that cropped up at the end of last year, “C18,” looks to be a tablet that will launch with Chrome OS, and we all know that Google is out of the tablet-making game, following the somewhat disastrous Pixel Slate launch.

That said, the fact that Fuchsia’s Nelson and Luis are both based on hardware that Google is already known to use slightly increases our confidence that they could be Made by Google. Only time will tell for sure.