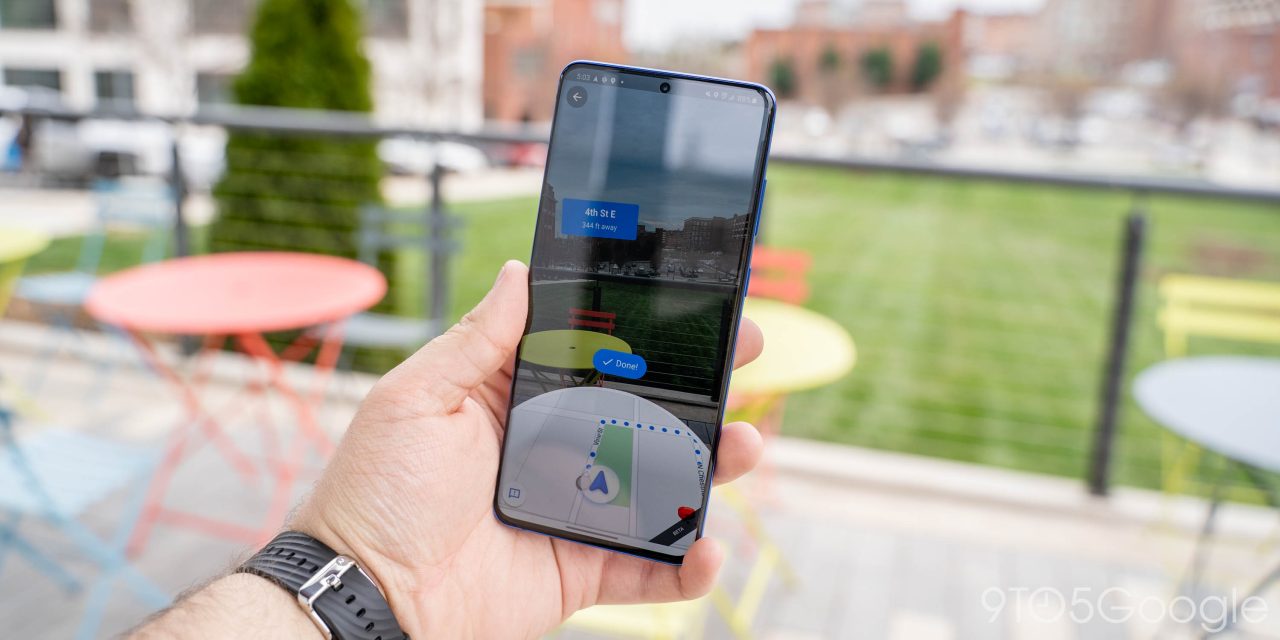 Google first showed off using augmented reality to get walking directions at I/O 2018 and the feature widely rolled out to Android and iOS last year. Currently, you access it by following the same steps to initiate walking directions and then hitting “Live View” to open the camera-based UI.

While a familiar process, it’s quite buried and easily missed. Google is now making Live View much more prominent in the app. After selecting or searching for a location, there will be a new Live View FAB just above the existing button to center you on the map.

This will launch the camera to show “how far away and in which direction a place is” from your current position. An arrow prompts users to move their phone, with the end destination being marked by a floating pin that notes the distance. A card — instead of a miniature circular map — at the bottom will then let you start AR-guided navigation.

Making Live View a tap away whenever you’re looking at a map greatly increases the likelihood that people will use augmented reality. It also lets you get oriented without needing to start full navigation.

So far, this faster access to Live View is only appearing on one of our accounts/devices and labeled as a beta by Google Maps. Back in February, Google said that testing would take place “over the coming months.”