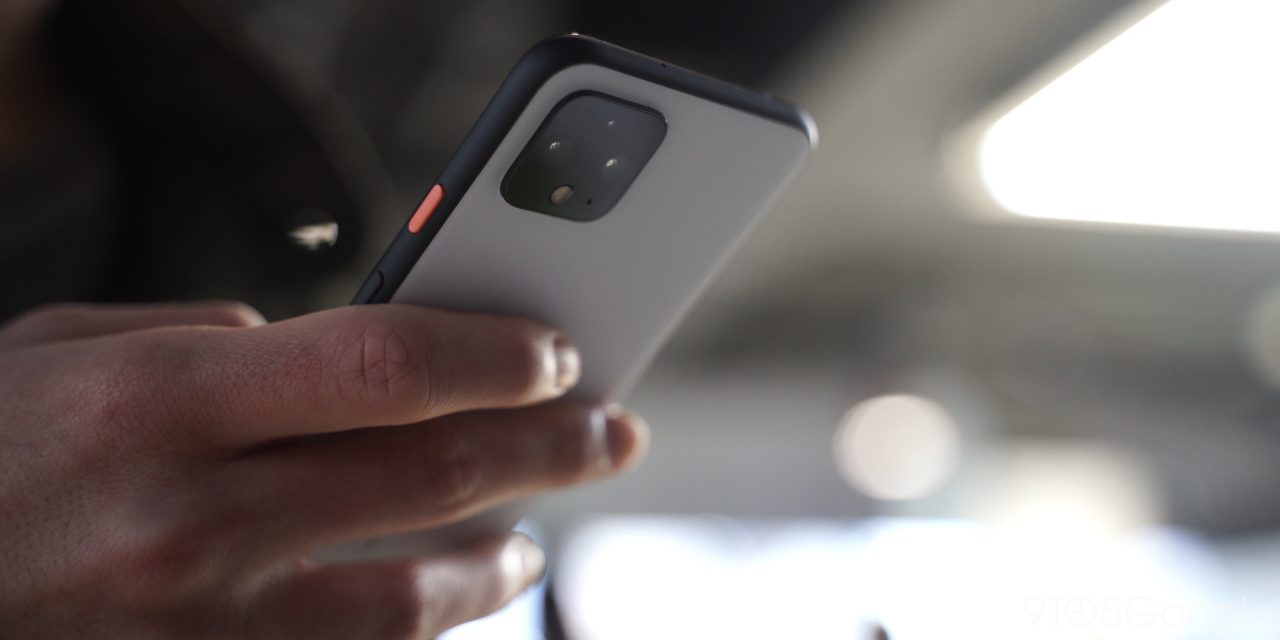 Between the COVID-19 pandemic, ongoing projects, and recent reports, things are kind of a whirlwind for Google at the moment. In an interview released today, Google and Alphabet CEO Sundar Pichai discussed the future of the Google Pixel lineup, progress of RCS, and how COVID-19 has been affecting Google’s business. Here’s the summary.

The latest episode of Vergecast has hosts Nilay Patel and Dieter Bohn of The Verge discuss a handful of topics with Google’s CEO. We’ve broken out some of the most interesting tidbits below.

‘Hardware is hard,’ but Google Pixel still has a future

One of the first topics discussed with Pichai was about the report earlier this month that some of the leaders of the Google Pixel series have quietly left the company and that sales may have been worse than feared. Obviously, that led to some fears regarding the future of the Google Pixel lineup.

In response to that, Pichai reiterated that the Pixel isn’t going anywhere despite how grim things might look at the moment.

One of the most interesting things Pichai points to regarding the Pixel series is that a lot of the company’s efforts so far have been in “building.” Since the debut of the first Pixel, Google has acquired a team from HTC to beef up its smartphone efforts as well as Google integrating Nest into its hardware efforts. Those corporate distractions had an impact on Google’s work with hardware, though as The Verge points out, that feels like a somewhat hollow excuse given the sheer scale of Google and Alphabet.

The last couple of years have been a major integration phase for us because we’ve combined our Google hardware efforts with Nest. We absorbed the mobile division of HTC. So it’s been a lot of stitching together. And we have a wide product portfolio, too. So it’s definitely been a building phase. We’re super committed to it for the long run. Hardware is hard. And it definitely has components, which take real time to get it right, thinking about underlying silicon or display or camera or any of those tacks. And so we are definitely investing in it, but that timeline. I think we’ve made a lot of progress.

Another interesting tidbit from Pichai was the mention that, the morning the podcast interview was recorded, he had been talking with the hardware team about this year’s future Google Pixel and other hardware products. Obviously, he didn’t divulge any details about upcoming smartphones, though. That tidbit came regarding a question of just how much of Pichai’s time is given to the hardware team where he also mentioned that he mainly steps back and leaves the efforts to Rick Osterloh and Hiroshi Lockheimer.

Later in the discussion, Pichai also highlighted three main “points” for Google’s hardware business — guiding the ecosystem, driving forward computing, and building a sustainable hardware business. He pointed to how Google’s “opinionated” hardware work has affected the market in the past with examples such as the Galaxy Nexus, Nexus 7, and Chromebooks too. He also mentions where Google hasn’t done that work, such as with smartwatches, and how that’s affected platforms like Wear OS.

What about the “high-end” Pixel phones? Pichai says that Google is “putting a lot of effort in” on that end because that’s where the goal of “diving computing forward” can move the needle. He also mentions that it could take “2-3 years for the deeper investments” to come to fruition. Could that be talking about Google’s rumored chipset plans? Possibly! If so, that’s definitely good news for the future of the Google Pixel series. 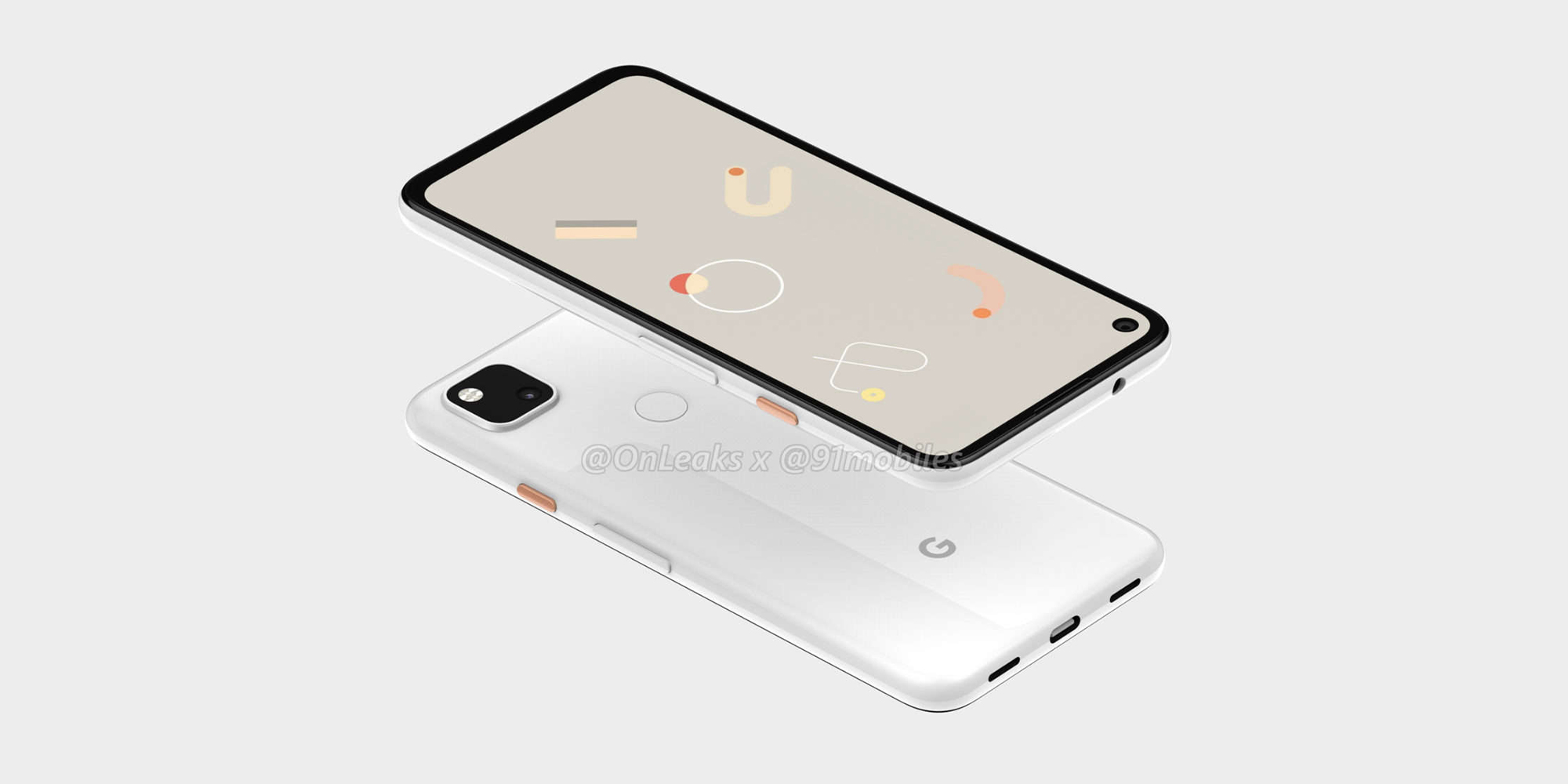 The other thread that was mentioned throughout the interview was that Google wants to build a financially sustainable hardware business. He points to Nest products doing well, but couldn’t say the same about the Google Pixel line, only saying that the company is investing in the line’s future.

Google has ‘more resources’ in diversity than ever before

The other major Google report from this month regards diversity. According to NBC News, Google had ceased its diversity efforts. Pichai, though, said that Google remains committed to diversity and that it is a “foundational value” for the company. He went on to mention:

Given the scale at which we build products and the fact we do it locally for our users, we are deeply committed to having that representation in our workforce. What we are doing in the company is constantly at our scale. We look at that first — see what works, what we can scale up better. All I can say is we probably have more resources invested in diversity now than at any point in our history as a company.

Google has been a big name when it comes to the ongoing coronavirus pandemic. In the interview, Pichai touched on Google’s efforts surrounding the pandemic from Verily to the COVID-19 exposure API it has been developing in collaboration with Apple. When the Verily site efforts were first revealed, Donald Trump had said that Pichai called him and apologized for the mishandled launch and communication around that product, but Pichai clarified in this podcast that his only communication was with the coronavirus task force.

Pichai also spoke to how Verily’s efforts have gone on — which we’ve been covering here — and other ways Google has been helping. He mentioned how Google’s hardware division is working on ventilator efforts as well as how hardware has been donated with Chromebooks in certain areas. He also mentions that Google has committed over a billion dollars to pandemic-related efforts so far.

Very early on through COVID, we decided as a company we should do everything [in] areas where our expertise could help. And so we had a wide set of efforts.

Today, I think Verily right now is in 86 sites across 13 states. And that’s what that effort was. It’s obviously taken more time than most of us expected to get there, but there were real constraints along the way. But I think we’ve made a lot of progress. My view on this is, at a time of global pandemic, we want to do everything we can to help the US government succeed. And so we’re trying to play our role in it.

It’s a big part. By now, we’ve committed over a billion dollars in various ways, be it grants to public health organizations, ad credits to small / medium businesses, and then working in each country through the official agencies’ direct loan programs to small / medium businesses as well. We have undertaken efforts on PPE. There’s the deep work we have done on ventilators out of Rick’s team. And obviously, our support for schools through products like Meet. We have provided Chromebooks. So it spans a wide variety of effort.

Google Maps saw a dropoff because of COVID-19 lockdowns

It should be obvious, but Google Maps saw a dropoff because of the coronavirus pandemic. Pichai doesn’t divulge any numbers, but implies there was a considerable dropoff as travel was affected in a “particularly severe” way. That also affected Google’s advertising business, of course.

Interestingly, though, Pichai also mentioned that the past 2-3 weeks have seen a rise with users coming back to Google Maps looking for local information, services, and seeing what’s open.

Google’s efforts around messaging have been… confusing, to say the least. Right now, messaging is more important than ever and Sundar Pichai wasn’t shy in talking about Google’s recent efforts with Meet and Chat. He mentioned that “when COVID hit, we weren’t done with all of the changes we wanted to make.”

It’s definitely an important moment. We brought Javier [Soltero] in a few months ago, before all this, with a clear view. So we had a clear sense of where we wanted to go, so some of the efforts were clearly underway, and in some ways, when COVID hit, we weren’t fully done with all the changes we had wanted to make.

COVID has blurred the lines between consumer and enterprise, and people are using products in all kinds of contexts. And so definitely, we are using it as an opportunity to make Google Meet and Google Chat, scale it up and make it more available.

For Android users, though, one of the most interesting points here came from a brief discussion around RCS chat. He spoke about how Google wants to revamp the phone-number based messaging for Android and things are progressing there. He says that as people sign up, more momentum will be seen from the standard.

And obviously, we are a service provider [but] we are a platform, too. Hence RCS and all the work we are doing. RCS is where we are like United Nations. We try to herd a bunch of people. So it’s making better progress than it appears because you’re collecting so many people together on it. As people sign up, you will see more and more momentum.

We definitely want to have a more integrated, simplified view, but in all scenarios, I see our platform offering. Android is open as part of the open platform stack. I think you need an open standard messaging framework. And we have to evolve that from its SMS days, and that’s RCS for me.