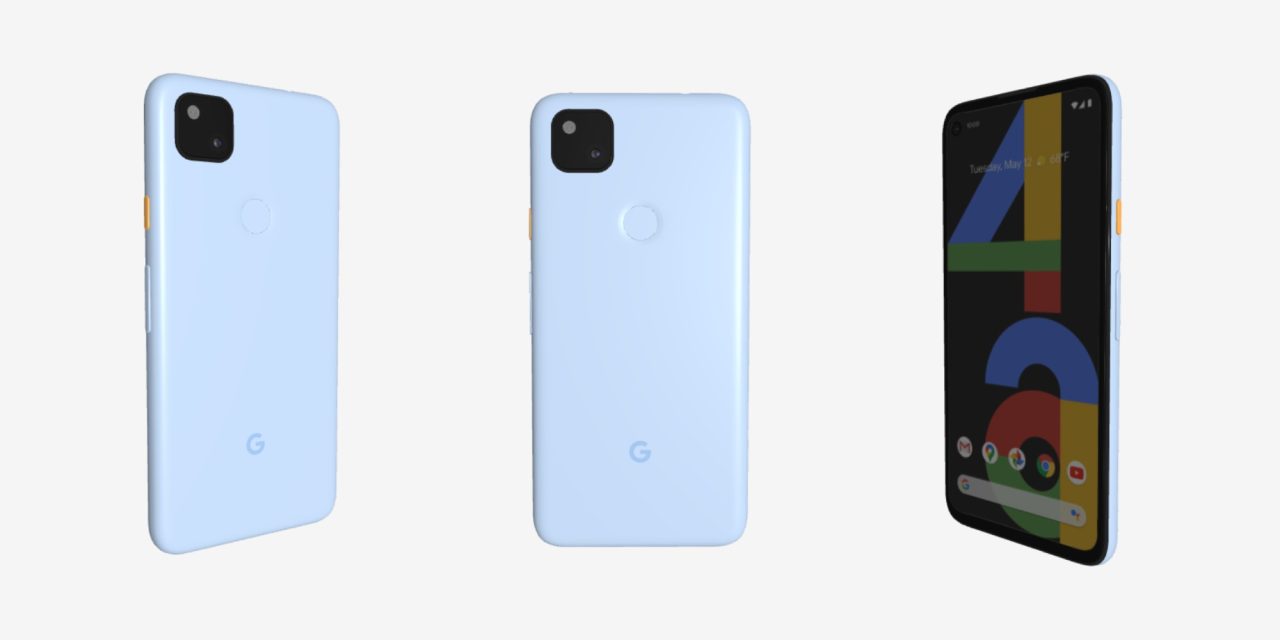 Ahead of the launch of the Pixel 4a, there were rumors of a blue colorway for the mid-range phone. While the Google Pixel 4a has so far only been released in black, we now have our best look yet at Pixel 4a in blue, thanks to an official 3D model.

The Google Pixel 4a, despite being a mid-range phone, made a strong impression on the tech community by offering the best of the Pixel series at an incredibly affordable price point. In his review, our own Ben Schoon calls the Pixel 4a “arguably the best Pixel to date.”

This week, our Dylan Roussel discovered that the Google Store’s code added 3D previews of its most recent product launch. These 3D previews typically surface with “View in 3D” buttons when searching for Pixels phones on Google Search. As luck would have it, the Google Store also included hidden assets for the Pixel 4a’s seemingly canceled blue color variant, found by tweaking a URL from “Black” to “Blue.”

While we never got an official name for this blue Pixel 4a, the color appears to fall closer to the subtlety of the “Kinda Blue” Pixel 2 rather than a bold hue as seen on the “Oh So Orange” Pixel 4. This blue body is complemented by an orange power button, similar to the one found on the “Clearly White” Google Pixel 3a.

Seeing this previously unseen shade of Pixel 4a in action acts as a harsh reminder of the phone that could have been. Instead, the Pixel 4a became the first Google Pixel phone to only be offered in a single color, fittingly titled “Just Black.”

What name would you give this shade of blue for the Pixel 4a? Let us know down in the comments.