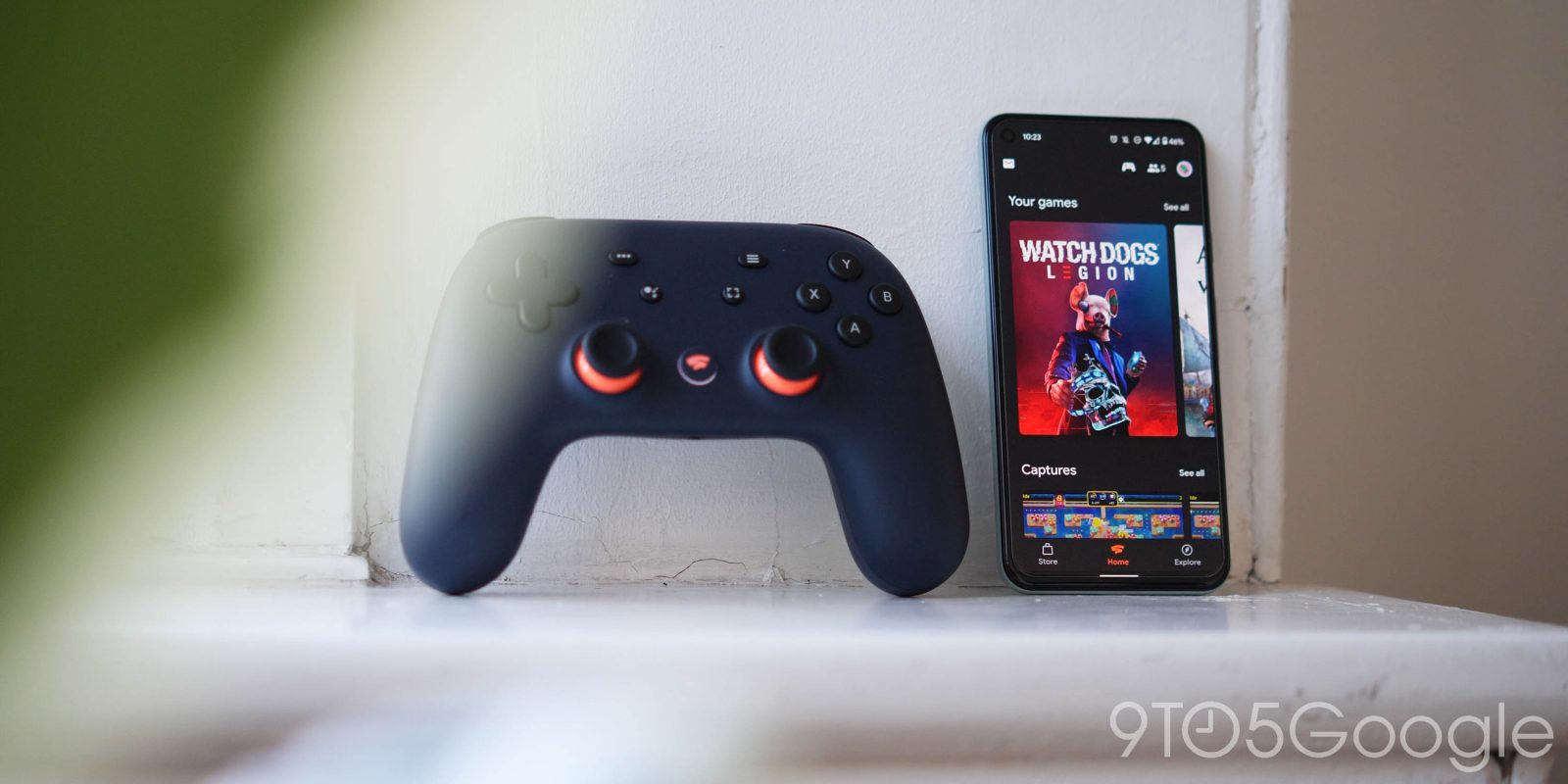 The Stadia app for Android has received an update to version 3.2, containing another tease of Project Hailstorm and progress toward voice chat, Android TV, and much more.

This morning, the Stadia app for Android began rolling out an update to version 3.2, a significant jump from the previous version number, 2.52. While the update itself doesn’t seem to change anything obvious, under the surface, Google has been working on a number of projects and improvements.

Starting with the news everyone is no doubt interested in, Stadia 3.2 does indeed contain an additional tease of Project Hailstorm, a mysterious effort that seems to be coming soon from Google Stadia.

Let Project Hailstorm by Stadia take your gaming experience to the next level.

Notably, this text specifies “your gaming experience.” This discredits one of our previous guesses that Stadia’s Project Hailstorm could be a way to run apps like a video editor on Stadia servers. Instead, Hailstorm is clearly gaming-related.

Importantly, Stadia 3.2 also appears to include code to begin work on Hailstorm, with two distinct mentions of it.

One of the key missing features of Stadia for Android is that there’s no ability to join parties or use in-game voice chat. Stadia 3.2 continues working toward voice chat in Android, including work to offer separate volume levels for game voice chat and party voice chat.

More specifically, this should mean you can have your friends in party chat be at a reasonable volume while in-game voice chat offered by games like Destiny 2 stays at a much lower level.

On the Android TV front, Google has included a pair of internal “flags” — toggle switches used by app developers to test features before launching them or even to launch new features sometime after an update goes live — related to Android TV.

The first flag suggests that Google is working on a way to report issues with Stadia’s Android TV experience. We’re not sure whether this would be used by the average gamer or if this is simply for Google’s own testing process.

The second flag points to Google working on better integrating Stadia into Android TV’s in-app purchases flow, making it easier for you to buy games or add-ons right from your TV.

Meanwhile, our Ben Schoon has diligently checked out Stadia 3.2 on Android TV and there doesn’t seem to be any noticeable changes to the experience so far. The same applies to Chromecast with Google TV. Performance of the app seems overall the same, and there’s still no appearance of the Stadia Controller linking option.

Last year, Stadia expanded to a new set of European countries including Austria, Hungary, and Portugal. Stadia 3.2 makes a very small change that could point toward a new set of languages and regions gaining support for Stadia.

Specifically, Stadia has set “android:supportsRtl” to be true, which means that the app should now be one step closer to supporting right-to-left languages like Arabic, Hebrew, and Urdu. Of course, much more work will still need to be done before any of these languages or their regions are properly supported by Stadia.

Stadia 3.2 also includes an interesting error message, which points to a promotion set to happen sometime in the month of July.

Sorry, this code can only be redeemed during the month of July.

From this, we can gather that there may be a special code you can redeem on Stadia that should be sent out sometime in July. Unfortunately, there are no clues as to what this code might be for or who is meant to redeem it — average players, content creators, event attendees, etc.

Another interesting thing we can glean from this is that Stadia’s Android app could soon be gaining the redeem code functionality that has previously only been available on Stadia’s web app.

In the Stadia for Android app today, you can opt in or out of various push notifications for things like new Stadia Pro games, new features, and game/party/friend invites. With Stadia 3.2, Google is working toward offering Stadia email notifications configurable within the app.

With Stadia version 2.52, Google included some truly ridiculous texts into the app, referencing the ability to stream games over a 56k modem connection — something that is quite literally impossible. Stadia 3.2 carries the gag a step further, sharing that the 56k modem support can offer “the ultimate gaming experience.”

Stadia has harnessed the latest in Amplitude Modulation transmission technology to deliver the ultimate gaming experience.

It should be interesting to see how this particular gag plays out, presumably on April Fools Day 2021.