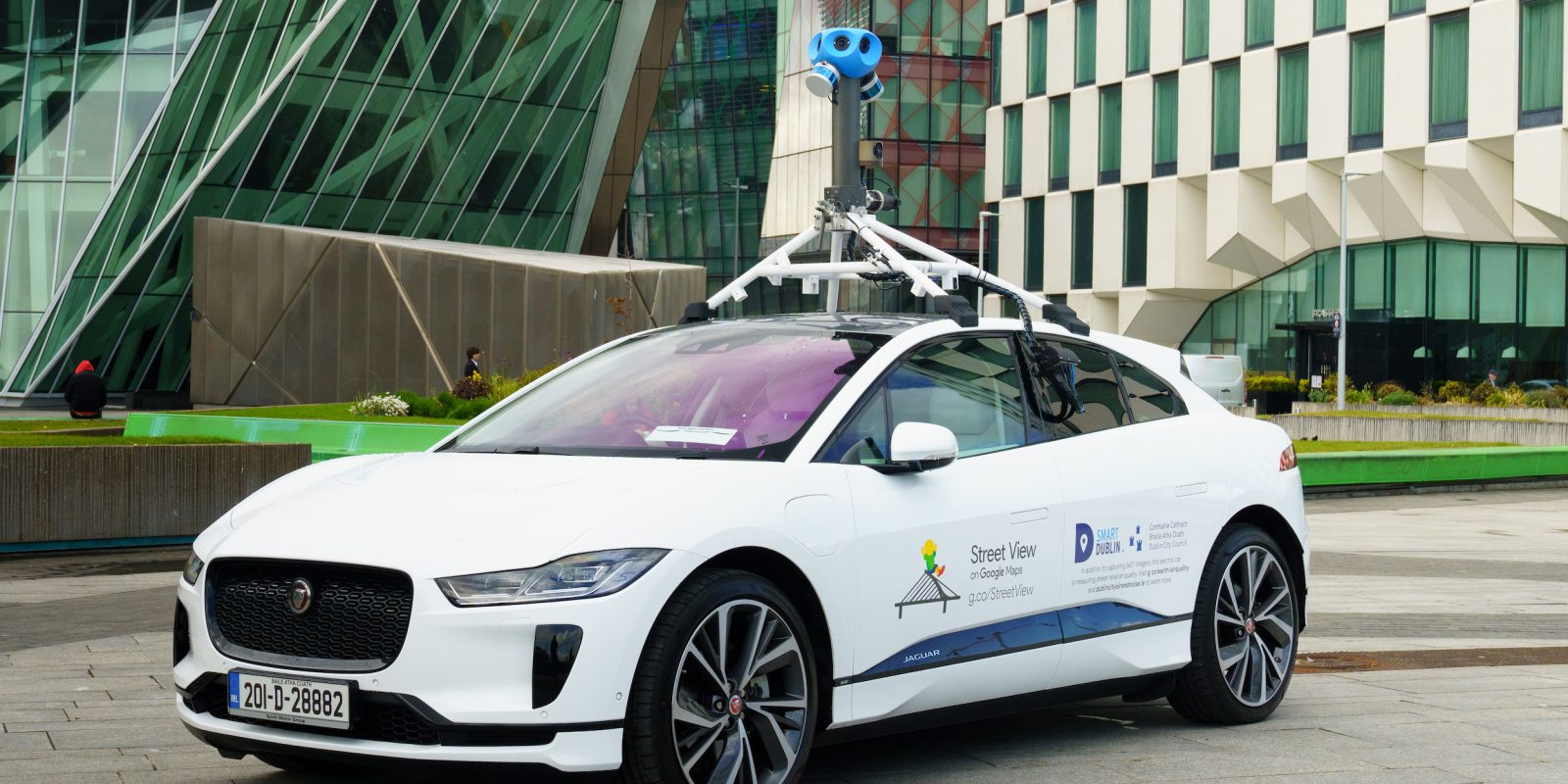 For the past few years, Google has equipped its mapping vehicles with air pollution sensors. Google worked with Jaguar Land Rover on the first all-electric Street View car that will be tasked with measuring air quality in Dublin, Ireland.

A Jaguar I-Pace is being used for this effort, and it will see a roof mounting for the tall Street View camera, as well as a new rear-window glass for wiring and redesigned interior switchgear for sensor controls. The visual system was last updated in 2017 to provide higher-resolution images while being less bulky. Google also used the revamp as an opportunity to switch from Subaru cars to Hyundai hatchbacks in the US.

This white car will feature “Street View on Google Maps” branding with accompanying links and sentence explaining its purpose to the public:

In addition to capturing 360° imagery, this electric car is measuring stere-level air quality. Visit g.co/earth/airquality and dublincityairandnoise.ie to learn more

The vehicle will also be equipped with Aclima mobile air sensors that record nitrogen dioxide (NO2) and carbon dioxide (CO2) emissions, as well as fine particles (PM2.5). Meanwhile, Google is partnering with the Dublin City Council on the Environmental Insights Explorer tool that provides local data on air quality.

Google and Dublin City Council hope access to this data will help scientists, researchers and policymakers as they study air quality, as well as encourage people to make small but informed daily changes to help improve it.

Dubbed “Air View Dublin,” this electric Street View car will be on the road for 12 months collecting this data and updating Google Maps. It comes as Alphabet’s Waymo has a large order for the same vehicle but is equipped with various self-driving technology.