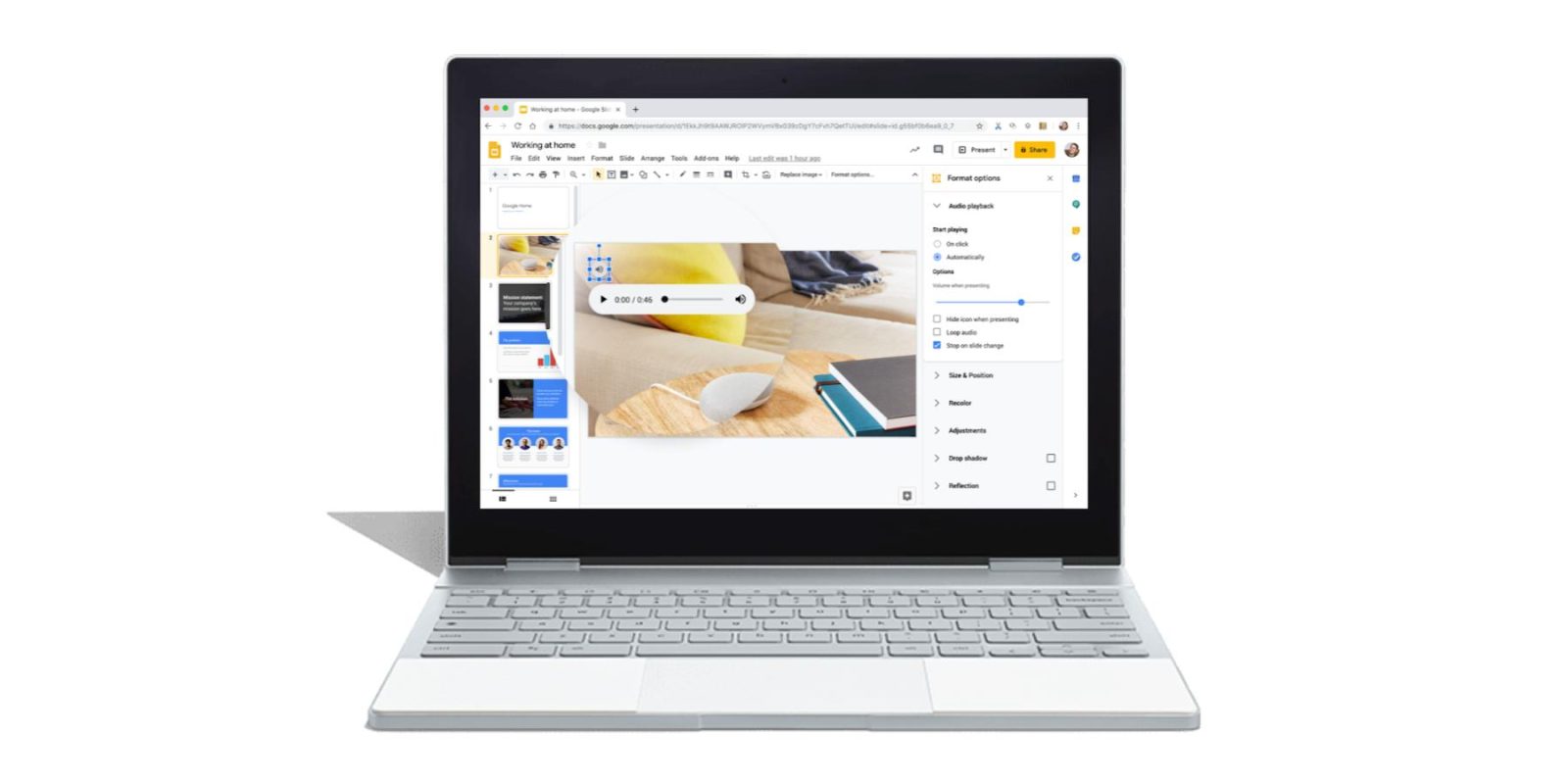 Google Slides picked up an Android Wear — as it was called at the time — companion app in 2016 that allowed users to control presentations from their wrist. In recent weeks, Google quietly got rid of Slides for Wear OS.

Acting as a remote, this application gave you control over Google Slides presentations that were Casted or shared via Hangouts video. It let you quickly advance (or go back), and offered a count of how long you’ve been on the current slide. There was also a deck progress indicator.

Google Slides no longer appears in the wearable Play Store’s “Apps on your phone” section or with the wearable search filter. The application was not updated over the years and presumably was built using the legacy, non-standalone method. That alone could explain the removal, while there are reports that the app was buggy toward the end of last year. Version 1.21.502.02.37 from January 6 is the latest listed on APK Mirror.

In terms of replacements, Galaxy Watch 4 owners have access to Samsung’s “PPT Controller” app. The loss of Google Slides for Wear OS is not too significant in the grand scheme.

Google still has a few first-party wearable apps. Gboard was introduced before the launch of Wear OS 3, while Google Maps, Messages, and Pay saw updates after that. YouTube Music is the company’s last new app and will soon get a Tile. Google Fit is fairly modern, while Clock is rather old but not as aged as Keep. Google also still lists the “Street Art watch face.”