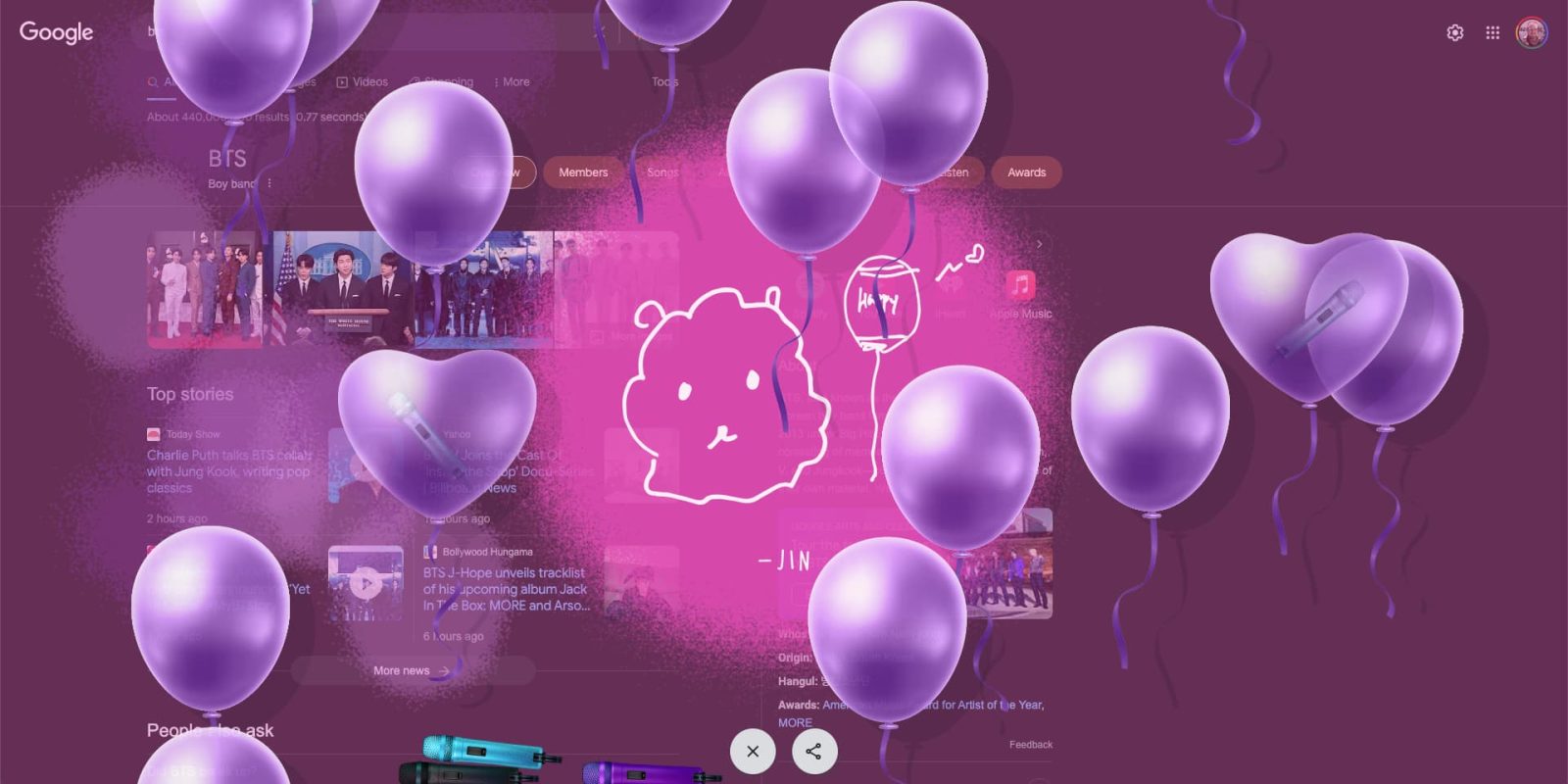 To celebrate BTS and their massive fanbase, the BTS ARMY, Google, and YouTube have launched a variety of collaborations, including a new easter egg and a Street View tour.

For the past month, YouTube has been hosting a “#MyBTStory challenge” that invited the innumerable fans of South Korean pop band BTS to share their favorite memories of the band’s nine-year career. That event is coming to a close today, but on July 13, it’ll be wrapping up with a special tribute video to the BTS ARMY on the band’s YouTube Channel.

Looking ahead, though, Google is continuing to collaborate with BTS, with the company launching two delightful new additions. The announcement is timed to coincide with “BTS ARMY Day,” on July 9, which celebrates the anniversary of the formation of the band’s fan group.

Kicking things off, Google Search has gained a new easter egg for the occasion. Simply head to Google.com and search for “BTS,” and on the search results page you should see a flashing purple heart.

Click it to flood the page with a never-ending stream of purple balloons that gently float toward the top of your screen. If you tap or click one of the normal balloons, it will pop and leave a splash of purple on the page.

Occasionally, you’ll see a heart-shaped balloon with a flashing microphone inside. Popping one of these balloons triggers a different audio clip from one of the band members saying “I purple you.” The phrase was coined in 2016 by band member Kim Tae-hyung (aka “V”), who said that “purple means I will trust and love you for a long time.”

Along with the audio, you’ll also be greeted with a handwritten message from one of the band members, directed to the BTS ARMY, to celebrate the group’s “birthday.” All in all, it’s a delightful tribute to both the band and the fans who make it all possible.

Meanwhile, over on Google Arts & Culture, you can take a “Street View tour” of 14 locations that the members of BTS found meaningful to their career. For example, you’ll find the Dolby Theater in Los Angeles as well as the Chunggu Building in Seoul, South Korea. Each location is overlaid with artwork that has been curated by the band, and you’re given an opportunity to decorate one of the locations to your liking.