Opinion: Will the ‘OnePlus 4’ be able to stand out in the saturated & evolving smartphone market?

2017 is shaping up to be quite an interesting year in consumer electronics, and smartphones in particular may — finally — become very interesting once again. It’s the destiny of a largely saturated and commoditized market, where in order to thrive the competition needs to push the innovation pedal. Polarization is a phenomenon we observe in this market, as increasingly cheaper smartphones become good enough, and consumers become more reluctant to buy decidedly more expensive devices that don’t add much to the basic experience provided by solid, lower-end phones.

On the high end of the spectrum, a brand’s sole power and image become less and less of a reason to shell out the (significant and growing) extra amount of money, and new advancements — whether in design, software or some cool new tech — need to emerge to justify it. Companies can either settle (and risk becoming irrelevant) or innovate and skyrocket to the top (and the future). In this situation, staying in the middle could mean spreading too thin and not being able to stand out and keep up with the competition. This, in my opinion, is the case of OEMs like HTC, LG, Sony or Motorola; but, more interestingly, OnePlus…

I admittedly have a soft spot for OnePlus. I always have, since the first moment I opened up my OnePlus One‘s box and immediately fell in love with that humongous beast. And, software issues aside (a bad habit, apparently), it has been one of the best devices I’ve ever owned. The 2 failed to capture my attention, but both the 3 and 3T checked almost all the right boxes (camera being the one thing that stopped me from delving deeper).

However, other than the devices themselves, I’ve always liked their brand, their attention to detail (the USB cable that came with the One was absolutely shocking for me — it genuinely one-upped Apple), and their initiatives like the VR launches and pop-up stores across the globe. Thinking about these stores (and their endless queues), for instance, makes me think just how much of a following the company has cultivated; it’s almost become a small church for nerds. And I understand why; I completely do.

This is why I’m genuinely excited and at the same time worried about what 2017 may bring for them. I’m not going to say that the next twelve months may include a financial make-or-break moment for the company, but their strength will surely be tested, possibly like never before. I am also voluntarily excluding some big Chinese brands, like Xiaomi, because of their relative absence in the western market. There could be some movement in the year (and products like the Mi Mix certainly don’t go unnoticed, albeit confined in their homelands), but the situation in front of me generally sees two big conglomerates, one going up and one giddily heading down. Obviously this doesn’t reflect the respective firms’ financial situations, but as an observer I have this strong feeling.

The downward-spiralling block is essentially formed by LG, HTC, Sony and Motorola (Lenovo, or what you will). I don’t know about you, but it’s really hard for me to remember the last time any of these companies put a genuinely exciting product to the market. Maybe it was 2013, with HTC’s One M7 and the first, glorious Moto X. Perhaps the latter’s successor deserved some praise, too, but Lenovo’s phagocytosis helped the famous brand slowly fade into oblivion. These are all internationally well known and established names, mind you, and some (viz. LG) will likely keep on going as long as their thick piles of cash don’t burn out.

However, what I have seen in the past few years is a complete lack of vision, which in turns delivers half-baked products that only capture consumers’ attention in the few months before and after their announcement, and then quickly get forgotten. This is the pace of the mobile industry, sure, but while I do have a clear sense of certain product lines evolving (no matter how little), to me the four companies here have seemingly just put out new and new things without a clear idea of where they were going.

We moved from the Xperia Z to the X, but not even three PhDs would’ve made you understand what the flagship product between the X Performance and the Z5 Premium was (or why they co-existed). So of course Sony doubled down with the ultimate solution: the Xperia XZ. Which is more or less the same device with a few things swapped in and out — all at ridiculously high prices. Motorola was feeling playful all the same, so it took part in the Z&X Game, too, changing from Moto X to Moto Z — which is an interesting product that maybe even got modularity right, but between carrier exclusives and admittedly half-baked Mods, didn’t really give me a feeling of cohesiveness and unity. 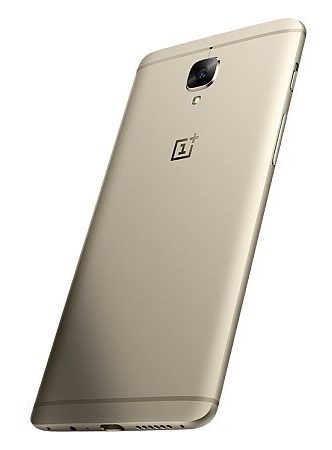 The same goes for HTC, which almost got it right with the 10 (finally a good phone, but at a time where good enough was already not enough), so of course it had to screw up everything with this nonsensical, stupidly high-priced U line, which could still be sided by a true 10 successor while the amorphous A line still floats around somewhere else. Ugh. LG, on the other hand, simply didn’t deliver, either because of its poor software experience or ideas that didn’t really take off (second screen on the V line, Friends on the G5). That makes the upcoming G6 uninteresting; moot, at best.

I mean, seriously, just re-read the initials in the paragraph above and try to map it all out: it’s a mess. A complete mess. And, not randomly, these companies are all struggling to truly capture the consumers’ interest, let alone their money. It almost feels to me like these manufacturers are disappearing from the radar, vanishing in an unclear void, with confused lineups that are slowly eroding their respective brands’ value. And it really is a shame, because all of them managed to bring something unique to the table at least once or twice, and as an enthusiast it really hurts to see them so lost.

The other sphere, instead — while still criticisable for a million reasons — at least gives me one or two to follow this market enthusiastically. Here we find brands like Samsung, Google itself, and even firms outside Android‘s realm like Apple and Microsoft — with outsiders ready to want in, too. The Galaxy Note 7 fiasco, for instance, made the conversation around the Galaxy S8 much more interesting, blowing expectations up and throwing in all sorts of hypotheses circa the design and engineering prowess it sets out to deliver.

And Samsung is involved in all kinds of other crazy projects, too, which may (or may not) be a glimpse of the future. Apple is getting ready to unveil its grandiose 10th Anniversary iPhone, which is seemingly shaping up to be huge. Even Microsoft is doing a great job with its Surface line, and while Windows 10 Mobile is likely no-one’s first choice when it comes to mobile operating systems, there could be something rather interesting in the works. 2017 will also see the long-awaited comeback of Nokia, Huawei will keep acting tough, and we just got word of Andy Rubin’s ambitions in terms of bringing a high-end smartphone on the shelves. As I’ve written before, Google’s commitment to hardware is very interesting too, for a number of reasons.

This is all pretty exciting. In my opinion, the end of the smartphone 1.0 era I talked about last year has arrived, and to enter this “new world” the high-end needs to go really high, and push the boundaries of what we think of as a “flagship” today. And, from what I see, I believe that firms like Google, Microsoft, Apple, Samsung (even Huawei) are poised much better to accomplish this task than HTC, Motorola, Sony and LG — I’ll leave wild cards like Nokia and Rubin’s Essential to history, of course. 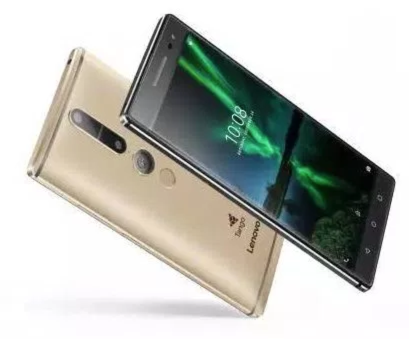 But that brings me to OnePlus. Where is OnePlus in all of this? Honestly, it’s hard to tell. The 3T, in my opinion, perfectly encapsulates this watershed moment we’re living in. It’s the ultimate stronghold of the era the very first iPhone started exactly ten years ago, and is therefore at the end of a line that makes it almost impossible for me to look beyond and make a more concrete idea. On one hand I believe that the company’s “Never Settle” mantra is deeply rooted in their DNA, which means they are indeed looking ahead. The problem is just how much. But, most of all, I wonder whether they actually have the resources to go where they want to go.

If deeply sophisticated devices are the way forward, how can a small company like OnePlus compete with the giants? The “smartphone 2.0” won’t be defined by a set of specs nicely wrapped into a shiny slate of metal — as the OnePlus 3T so beautifully does — but by things such as modularity, actual flexibility, some crazy AI, VR, ecosystem integration, techs like Google’s Tango (or other forms of AR), the deep integration of hardware and software (down to the SoCs), a combination of the above, or something else entirely… and they’re almost all things that OnePlus’s R&D labs may simply not be able to work on. And a OnePlus 4 that follows the 3T’s footsteps may still be a good value-for-money phone, but certainly not one turning heads (not unlike, again, what we see from LG, HTC, Sony and Motorola).

We obviously don’t know anything about the OnePlus 4 (or whatever its name will be) just yet, but questions remain. Where do they position themselves in a world where they want but likely won’t be able to sit alongside the big guys? Will they still manage to stand out or will they come back to the market with a good but underwhelming product that could eventually propel them, too, into nothingness? Is their cult so strong that fans will follow them even as the gap between their product and the stiffer competition’s widens? I am a little skeptical, to be honest. But I also know that, right now, if I didn’t have my beloved Pixel, OnePlus’s flagship is the phone I’d swing towards (and I’m not alone here). I just sincerely hope that, one year from now, I will be able to say the same thing again.